Carter’s, the Buckhead-based clothier for babies and children, has sold $500 million in senior unsecured notes that are to help the company comply with debt covenants, according to corporate financial reports. 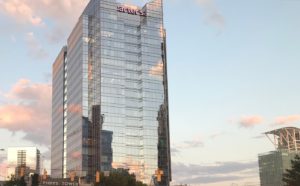 The company had about $1 million in future borrowing capacity, and debt of $749 million, in late March, according to a quarterly report Carters’ filed May 6 with the U.S. Securities and Exchange Commission.

Carter’s Inc. is among many domestic companies that have taken steps to protect their access to cash, and reposition debt, during the pandemic-related economic downturn. Some companies anticipated a downturn during the presidential election cycle began restructuring their finances in late 2019. Georgia Pacific, another Atlanta-based company, has taken steps to sell about $2 billion in unsecured notes.

This snapshot of Carter’s financial situation emerges from its quarterly report:

The $500 million in notes are due in 2025 and pay a rate of 5.5 percent. After fees and expenses, the company received $493.2 million, according to a subsequent report of the sale filed with the U.S. Securities and Exchange Commission.

Moody’s Investors Service on May 6 rated the debt as investment grade, when the amount under consideration was $400 million. Analysts awarded the debt a stable outlook, given the company’s market position and consumers’ ongoing need to replenish clothing for babies and children.

Carter’s intends to use $250 million to repay some of the money borrowed under its secured revolving credit facility, according to the company’s May 11 notice of the sale to the SEC. The remaining money is to be used for, “general corporate purposes,” the statement observed.

Owners of the notes can redeem them starting May 15, 2022. The company may redeem up to 40 percent of the issuance on or before the same date, according to the report.

Carter’s no longer is required to provide public benefits to Atlanta under terms of its 2012 agreement with Invest Atlanta, the city’s development arm. The agreement ended in Dec. 31, 2017, according to terms of the initial contract.

Carter’s was to guarantee it would create 200 jobs – paying a certain scale and insurance – as part of the deal for a $350,000 Economic Opportunity Fund grant from Invest Atlanta.

The overall incentive package provided to Carter’s to bring them to the state included at least $30 million from sources that included one unnamed entity and the State of Georgia, according to the Invest Atlanta documents.