With the municipal elections out of the way and Andre Dickens headed for the Mayor’s Office, the political heat is cranking up on the Buckhead cityhood movement. Dickens aims to stave off the effort as supporters try to get it on the November 2022 ballot.

In some of the latest developments, a new opposition group has formed, oath of office questions have been raised, and the governor won’t say if he and Dickens share a definition of Atlanta that includes Buckhead.

Local residents are forming a community group to oppose cityhood. It’s too new to have a name but is using “Buckhead for United Atlanta” on a website and “NoBC” on its social media.

Among the dozen founders is Caren Solomon Bharwani, a former head of North Atlanta Parents for Public Schools, which recently announced its opposition to cityhood as well.

The pro-cityhood Buckhead City Committee (BCC) is suggesting the new group is not truly grassroots, which the founders deny. The founders of the new group say they are communicating with the boardroom-centered opposition group Committee for a United Atlanta, but not directly affiliated.

Could cityhood politics violate an oath of office?

Atlanta’s newly elected leaders in January will take an oath of office where they promise to act without improper influence and to “be governed by the public good and the interests of the City.” Could they be prosecuted for violating that oath — a felony — if they don’t fight Buckhead secession or cut a deal to help lead it? 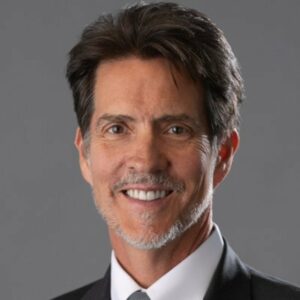 “Obviously, if you had sworn an oath to support the city, carving up the city is arguably not good to the city,” said Page Pate, an Atlanta criminal defense attorney who has handled several cases with oath-of-office violation charges. “However it would be hard to imagine a prosecutor bringing a case like that just with the political implications… An aggressive, ambitious prosecutor who doesn’t mind burning down the house might be interested in pursuing it.”

Fulton County District Attorney Fani Willis is unlikely to be that kind of prosecutor, he added.

Mayor-elect Andre Dickens and most other City officials are openly opposing the Buckhead secession, but there is a stickier situation for City Council members who represent the neighborhood. They represent divided constituents and could lose their seats to a new city. District 8 City Councilmember-elect Mary Norwood has said she doesn’t care if her seat were to be abolished due to cityhood and would not commit to taking a pro or con position on Buckhead City after she assumes office in January, saying, “I’m not living in the future.” One cityhood opponent on Twitter pointed to the oath in criticizing her lack of a public stance.

Pate noted that elected officials are supposed to have wide discretion in their political positions and that even unethical behavior is not always criminal. He said he has never seen a case where an official was prosecuted solely for violating their oath; it always goes along with some more material charge like bribery or police misconduct.

So, Pate said, an Atlanta official would be more likely to run into trouble if they got some kind of tit-for-tat benefit from cityhood. He said that “if an elected official is given benefits, and I don’t mean [necessarily] flat-out bribes, but ‘we’ll do this for you’ or ‘this position is available for you,’ then I could see a case being made.”

One prominent Georgia case involving an oath of office violation is already underway, Pate noted. That is the prosecution of former Brunswick Judicial Circuit District Attorney Jackie Johnson in the Ahmaud Arbery murder case. She is accused of essentially trying to bury the case and faces an obstruction of justice charge as well. The oath violation charge accuses her of showing favoritism to the killers, failing to disclose a conflict of interest, and treating Arbery and his family unfairly. Page calls it perhaps the “broadest indictment I’ve ever seen in an oath of office case” and one that is “probably stretching it a little far.” On other hand, he said, it shows how broad that law is.

“It’s a good charge for a prosecutor because it’s broad and vague, and prosecutors like that,” he said.

Dickens aims to reset Democrat-run Atlanta’s relationship with Republican-run Georgia as he takes office, and some online commenters saw a step toward that in Election Night congratulations from Gov. Brian Kemp.

“I look forward to working with him to combat crime, spur economic development, and ensure a brighter future for our capital city and state,” said Kemp on social media.

But does “our capital city” include the neighborhood of Buckhead? After all, cityhood is driven by Republicans, both in the BCC’s local polling and direct legislative support. One of the cityhood legislation’s co-sponsors is state Sen. Clint Dixon (R-Buford), who is one of Kemp’s floor leaders, meaning he acts as a  spokesperson and advocate for the governor’s legislative agenda.

So what is Kemp’s position on cityhood, and what is he directing Dixon to do about it? The Governor’s Office offered only a no-comment.

“We are not in a position to comment on this pending legislative item,” said spokesperson Katie Byrd.