The long-time president of the Home Depot Foundation — Kelly Caffarelli — has decided to leave the company, according to an internal announcement that was made earlier this week.

The company already has named a successor. Gaven Gregory has been picked to be executive director of the Home Depot Foundation and the Homer Fund. Gavin, a decorated Iraq war veteran, is considered to be a good fit for the foundation, which in the last couple of years has made a significant commitment to help the nation’s veterans. 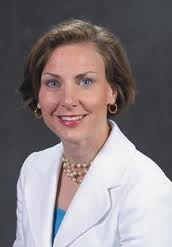 “We thank Kelly for her efforts on behalf of The Home Depot Foundation and The Homer Fund, both of which have grown and prospered under her leadership,” the internal memo stated.

The title of the position was changed from president of the foundation to executive director, but it is not known if that was a factor in Caffarelli’s decision to leave the company.

Gregory also was instrumental in leading the integration of Red Beacon into The Home Depot, as well as launching PayPal in-store.

In 2011, the Home Depot Foundation announced a multi-pronged effort to help improve the lives of U.S. military veterans. The foundation has pledged $80 million over five years to improving the homes of veterans through financial and volunteer resources to help nonprofit organizations. 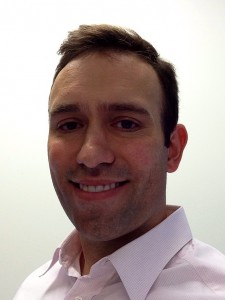 The foundation announced last week that it had donated an additional $3.9 million in grants to organizations across the country to address veterans’ housing needs

With those gifts, the Home Depot Foundation already has invested $65.7 million to ensure every veteran has a safe place to call home, according to last week’s announcement. To date, donations by the foundation have impacted more than 10,200 units of veterans’ housing.

Since its formation in 2002, the Home Depot Foundation has granted more than $380 million to nonprofit organizations — improving homes and lives in local communities.

Incidentally, Craig Menear, who was promoted on Feb. 28 as the company’s president of U.S. retail, is chairman of the Home Depot Foundation. Company insiders have speculated that Menear’s promotion is an indication that Home Depot’s board has positioned him as a likely successor to CEO Frank Blake. Blake, who has led the company since 2007, will turn 65 in July.

The Homer Fund provides assistance to company associates after natural disaster strikes — from helping with the costs of burying a loved one to helping the cover basic living expenses when hit with an unexpected occurrence.

The Homer Fund receives nearly 1,000 requests each month from associates in need. Requests usually are processed within three business days.

Since 1999, the fund has provided more than $90 million to more than 71,000 associates in need of shelter, food, clothing and funeral expenses.