Campaign tampering: Much more serious than a spy thriller 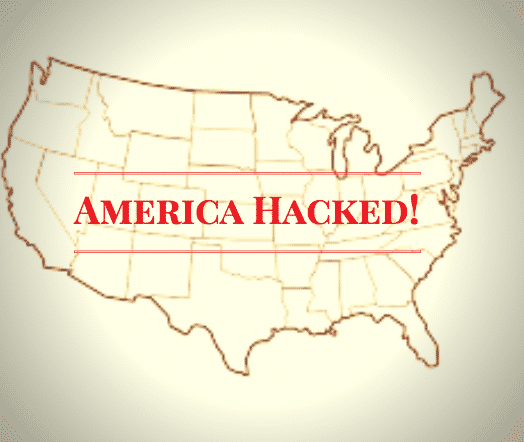 When Richard Condon published “The Manchurian Candidate” in 1959, brainwashing was a popular but poorly understood subject of fascination and Communist China was more closed to the West than North Korea is today. The plot he spun, of devious foreign powers plotting to hijack a U.S. presidential election by programming a war hero to assassinate a candidate, seemed both chilling and distant in its plausibility.

We’ve come to a different place.

The Cold War has long since concluded, but an intelligence war ticks along on a dangerous course. Boundaries — as Donald Trump is always saying — have become more porous, and the enemies who might wish us ill are much closer than they used to be.

So news of the hacking of the Democratic National Committee’s internal email system by groups close to Russian intelligence didn’t get the bombshell reaction it would have a few years ago. It just sound like the plot of an HBO or Showtime series from a couple of years ago. Nor has the suggestion — encouraged by his own careless statements — that Trump is somehow in cahoots with Russian President Vladimir Putin.

But the 2016 election isn’t a spy thriller, and the nation really can’t afford to let stories about possible foreign interference in an American election slide down to the news ticker and go away without getting to the bottom of some things.

It now appears the computer network used by Hillary Clinton’s campaign was hacked by the Russians,  as well as the Democratic National Committee’s. This is not so surprising, but it adds weight to the notion that the Russians are keenly interested in the upcoming election, and appear to have a favorite.

That we know of, there’s been no hacking of the Republican National Committee’s computer network, or the Donald Trump campaign’s. Whether this should be taken as a sign of contempt or respect is a matter of political persuasion.

Putin has a little history as a charmer of Republicans. In 2001, former President George W. Bush, seeking to normalize relations between their two countries, told reporters he had “looked the man in the eye…. I was able to get a sense of his soul; a man deeply committed to his country and the best interest of his country.” This prompted a famous rejoinder from Sen. John McCain: “I look him in the eye, and I see three letters: K, G and B.”

But there’s no precedent for a major political figure waffling over the question of whether he’s ever met a foreign leader or not.

Trump has said in interviews that he has a good relationship with Putin, and that he has no relationship with Putin. If you watch some of the older interviews in which he appears to be referring to conversations with the Russian leader, the suspicion arises that he may have been pumping himself up back then, and is telling the truth, in his second time at bat, when he says now he hasn’t met him.

Or he can’t remember. Trump has made a lot of provocative remarks throughout this campaign, but his vagueness about whether he has actually met Putin raises questions that would not have occurred to Trump’s worst enemies. His praise for Putin, and his apparent softness with regard to the country’s obligations to NATO, only add fuel to the fire.

He has to get a lot more specific, or risk chaos if something more happens to suggest foreign interference. Cybersecurity expert Bruce Schneier has raised the scariest possibility yet: that hackers good enough to penetrate the DNC computer system are potentially good enough to hack electronic voting machines.

“There are other ways to attack our election system on the Internet besides hacking voting machines or changing vote tallies: deleting voter records, hijacking candidate or party websites, targeting and intimidating campaign workers or donors,” Schneier continues. “There have already been multiple instances of political doxing: ­ publishing personal information and documents about a person or organization ­ and we could easily see more of it in this election cycle.”

Those are not comforting words. Whatever side you’re on in this election, it matters crucially that the outcome not be in dispute.