Incoming Georgia Congresswoman Carolyn Bourdeaux said Thursday the federal government needs to provide more funding to state and local governments to help them meet needs in communities during the COVID-19 crisis. She called for additional funding this year and after she is seated in Congress. 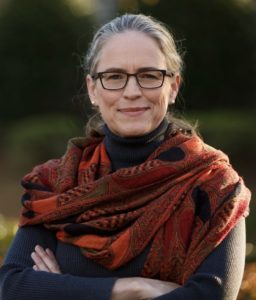 “Going forward, we do need to help our communities work through this, and small businesses, and make sure our families make it through this crisis until we can get this stabilized,” said Bourdeaux, who is to serve portions of Gwinnett and Forsyth counties.

Bourdeaux delivered her remarks during a special briefing sponsored virtually by the Volcker Alliance and Penn Institute for Urban Research. The title for the end-of-year program was Working with the CARES Act and What May Come Next.

Bourdeaux said some members of the current Congress appear committed to passing a funding package before the end of 2020. She said she recently listened in on a meeting where lawmakers discussed a potential bill that could be passed in the next three weeks. The group included senators and representatives from both parties. She cited the meeting in her closing and said it was a “positive note.” 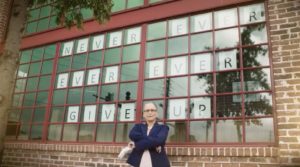 Senate Majority Leader Mitch McConnell has rejected Democrats’ demands for a relief package to include money for state and local governments, calling it a “Blue bailout” aimed at boosting revenues for Democrat-leaning states and cities. Bourdeaux argued against McConnell’s position.

“It’s not just a revenue-side issue,” Bourdeaux said. “It is also protecting many of our public servants who are on the front lines and are literally risking their lives to make sure we can go on with our lives.”

Bourdeaux, a Democrat, defeated Rich McCormick to represent the 7th District, which covers portions of Gwinnett and Forsyth counties. Bourdeaux has spent her career researching, teaching and implementing fiscal policy, and served as founding director of the Center for State and Local Finance at Georgia State University.

Bourdeaux prefaced her remarks by noting her work during the Great Recession as director of the Senate Budget and Evaluation Office. While the office itself is to to be nonpartisan, her service occurred at a time Republicans controlled the state House and Senate and governor’s office.

In her remarks, Bourdeaux emphasized the urgency of the pandemic situation. She characterized it as one that stretches from families that have lost income to local and state governments that have a history of under-funding education, public health and an array of social services.