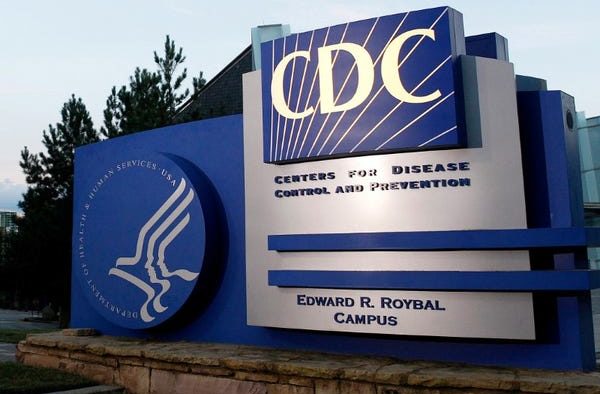 Reflecting a complicated history, the Centers for Disease Control and Prevention — the CDC, as everybody in Atlanta knows it — has gone through several names changes and adjustments.

Its World War II predecessor was the Office of Malaria Control in War Areas. That’s a clue as to how the CDC came to be here. With military bases mushrooming across the South, the office tasked with eradicating this endemic disease was opened on Peachtree Street.

When its mission was expanded after the war it became the Communicable Disease Center, and later the Center for Disease Control. As the science became more complicated it became the “Centers” and as the approach to public health became more sophisticated, “Prevention” got tacked on.

Over the years, the CDC has been the nation’s first line of defense against diseases from polio to Ebola, and it has been embroiled in controversies from the Tuskegee syphilis experiment to the reporting of statistics on gun violence. It may be the case that the CDC has never been more vital to the country’s security than it is now, while the agency has never been in more peril.

We don’t know with complete certainty whether COVID-19 (for “Coronovirus disease 2019”) will spread widely outside China, or what its impact will be on us. Some of the predictions are mighty scary. Credible experts, studying the current “attack rate,” have estimated that anywhere from 40 to 80 percent of the world’s population could be infected with the new respiratory disease within a year.

The current death rate is about 2 percent, which means that in the next year one out of 50 of the people you know — or maybe you — could die from it, if the virus spreads that quickly.

What we do know is that in an increasingly interconnected world, COVID-19 isn’t going to be the last epidemic, or the only health threat, the nation is likely to face. That should make a rock solid case for maintaining the CDC, but the Trump administration’s 2021 budget proposal calls for a nearly 20 percent cut in the CDC’s budget, including a 13 percent cut in programs dealing with infectious diseases like COVID-19.

Like those of the past couple of years, this budget proposal is more a small-government wish list than a working document for the coming year. But it’s an indication of more than the President’s frictions with the agency. It reflects an attitude about science in general which has hardened within his base from skepticism to hostility.

The CDC has staffed up a COVID-19 war room, and begun taking steps to insure an adequate supply of medical supplies like the space suits and face masks we’ve seen in coverage from China. In a conference call last week, Dr. Nancy Messonnier, director of the CDC’s National Center for Immunization and Respiratory Diseases, said that despite the virtual lockdown in China, the CDC “can and should be prepared for this new virus to gain a foothold in the U.S.”

The CDC’s goals so far have been to “slow the introduction and impact of this disease in the United States,” but at some point, controlling the epidemic “will require the effort of all levels of Government, the public health system and our communities as we face these challenges together.”

In this election year and its aftermath, that’s a dicier proposition than it would have been.

Speaking at a rally in New Hampshire last week, President Trump expressed confidence that Chinese President Xi Jinping is getting the emergency in China under control.

“And by the way, the virus, they’re working hard, looks like by April, you know in theory when it gets a little warmer it miraculously goes away,” Trump said. “I hope that’s true.”

So should we all. Beyond Xi’s assurances to Trump, scientists in the U.S. have expressed frustration at the lack of information about the outbreak which China is sharing with the world.

One characteristic of the leadership style Xi has exhibited in this emergency is a tendency to pass the blame down to local officials. That should be a strong motivation, in coming months, for the CDC to watch its collective back.