The Census is a matter of social justice and Black communities will suffer if the historic undercount of Blacks continues in the 2020 Census, according to comments during a virtual town hall Tuesday that featured Georgians Stacy Abrams and U.S. Rep. Hank Johnson. 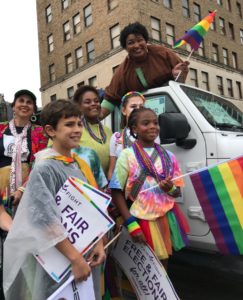 In a virtual town hall Tuesday about the Census sponsored by the Congressional Black Caucus, Stacy Abrams urged Black, indiginous and people of color to participate in the Census count and urge others to complete the form. Credit: Kelly Jordan

The event was partly a call to action, partly a civics lesson on the tremendous significance of the Census in distributing the nation’s political and economic wealth. The Census determines the number of congressional seats each state gets, as well as the distribution of an estimated $675 billion in federal spending.

Even the composition of school boards is at stake, one speaker noted. School board districts are drawn by state Legislatures, and lawmakers are elected in districts that are shaped by Census data.

Less than two-thirds of U.S. households have completed the Census, according to a statement issued Monday by the Census. Of 93 million households, “nearly 63 percent of all households in the nation” have responded to the 2020 Census.

Abrams, who lost the 2018 governor’s race to Brian Kemp, served as the closer who issued the call to action:

Johnson, who represents a portion of DeKalb County, provided a history lesson on suppression of counting Blacks that dates to the colonial era. Johnson brought the arc of history to modern time, observing that most of those still uncounted by the Census are Black or brown. If these individuals are not counted, Black and brown communities will not get their fair share of the nation’s wealth and political power until at least the 2030 Census: 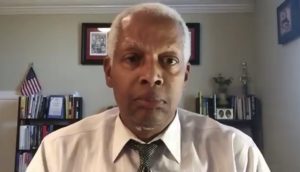 The Congressional Black Caucus hosted the event and billed it as An Emergency Town Hall on the 2020 Census. CBC Chairperson Karen Bass delivered opening remarks. Bass has emerged as a leading contender for vice president on the ticket with Joe Biden, the presumptive Democratic nominee. Partners of the CBC’s Census effort include the National Council of Negro Women, now chaired by Johnnetta Betsch Cole, a former president of Spelman College.

The event came a day after the Trump administration issued on Monday a statement that confirmed key changes to the Census count. Census Director Steven Dillingham issued these remarks:

Previous Article
If only for a few weeks, a congressional seat has its allure
Next Article
Petition calls for reopening of shuttered Centennial Olympic Park