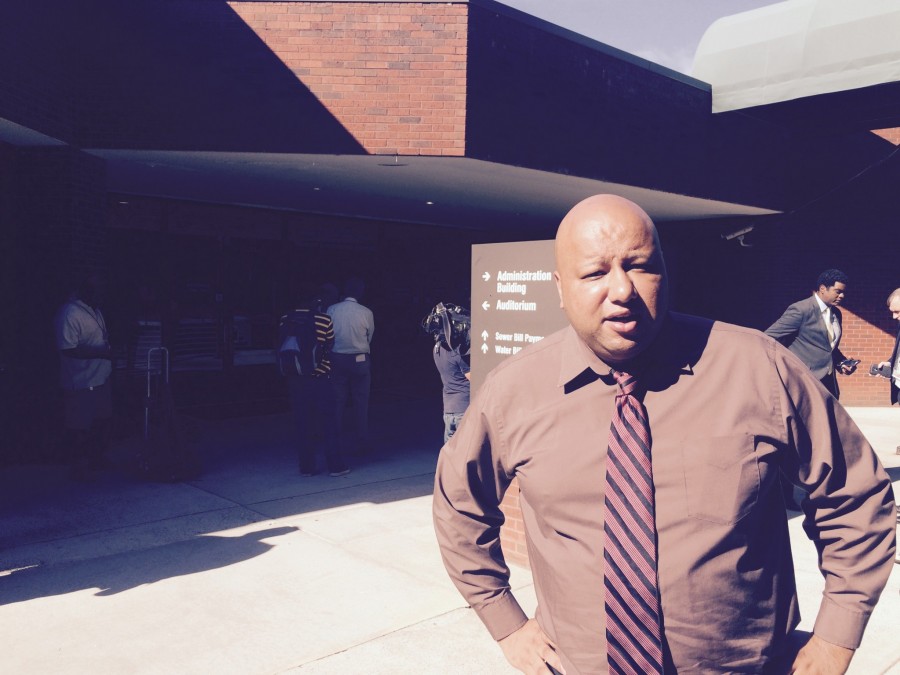 In a post to Facebook friends over the weekend, George Chidi wrote: “Well I’ve been here a week, and they haven’t fired me, so I suppose I should say something about it. I have a new job.”

Chidi, a social activist and journalist with an MBA from Georgia Tech, is the new “social impact director” for Central Atlanta Progress and the Atlanta Downtown Improvement District.

“The ironies have not escaped me, nor the folks here, of course,” Chidi wrote. “CAP runs Woodruff Park, the spiritual home of Occupy Atlanta. This is a chance to help solve some of the social problems on display around me then, problems I think contributed to the fall of Occupy.”

Chidi was active with Occupy Atlanta, which took over Woodruff Park as a way to confront the business and civic community for not meeting the housing and financial needs of Atlanta’s most vulnerable citizens.

Then he turned serious. 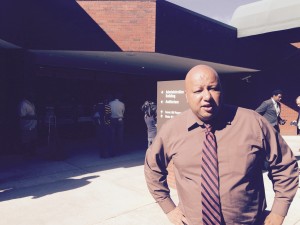 “I’m doing things that are important to me,” Chidi said. “It’s a fantastic job. I’m the guy who is supposed to connect the business community with social issues and figure out how the next marginal dollar can have the greatest impact.”

A. J. Robinson, president of Central Atlanta Progress and the Atlanta Downtown Improvement District, said the decision to hire a “social impact director” originated from a McKinsey & Co.-led strategic planning process for the business organization with a mission of improving downtown..

The plan, seeking to “optimize the organization’s effectiveness,” is focused on four areas: safety and quality of life; cleanliness and attractiveness; vibrancy; and convenience.

As a social impact director, Chidi will be exploring the most effective ways to address chronic homelessness – including needs for mental health services – as well as other sensitive quality of life issues – such as panhandling and petty crime.

Robinson said that CAP/ADID there were about 500 applications for the job, a number that didn’t surprise Chidi, who said substantive public policy jobs are few and far between.

“Why George?” Robinson asked, anticipating the question. “We were attracted by three or four qualities. He’s an excellent researcher and writer. He’s got a Georgia Tech MBA, and that matches well with his journalistic skills. He has a natural passion for this work. He wants to help solve those issues. It’s not an easy job.”

Robinson said Chidi will be looking for best practices on the most effective ways to match resources from the business community to have the greatest impact on social issues.

Both Robinson and Chidi understand that whenever the business community becomes engaged with these issues, many social activists become suspicious of the ulterior motives.

That has even led to a series of ongoing lawsuits between the Metro Atlanta Task Force for the Homeless and various entities, including CAP.

The issues are sensitive and complex, and both Chidi and Robinson said they will be focused on solutions and partnerships to improve the quality of life for everyone – people living, working and visiting downtown as well as those who are in the greatest need of social services.

“Everything is changing, and we want to try to get ahead of what is going on,” Robinson said. “We needed to have someone who could help us navigate all the social issues that all downtowns have to navigate.”

For Chidi, he said he is scheduling meetings on top of meetings, trying to find out as much as he can from all levels of society.

“Some days I’m going to look and sound like the homeless person on the street. I’m going to be sleeping in shelters,” said Chidi, adding that in just a week, he has been struck by the dedicated and “incredibly smart” people who are working on these issues.

Chidi is a former reporter with the Atlanta Journal-Constitution who has written for Atlanta Magazine, Creative Loafing, the Bitter Southerner, the Guardian, VICE, InfoWorld, Peach Pundit and other publications. His reporting and commentary has covered technology, police, community development and social issues.

Chidi received his bachelor’s degree in journalism from the University of Massachusetts at Amherst. He began his reporting career as an enlisted military journalist for the 25th Infantry Division, where he served as a public affairs specialist and field journalist for the Multinational Force and Observers mission along the Egyptian-Israeli border.

Although he has worked on issues both outside and inside the system, Chidi said there has been a common theme throughout his life.

“I became a journalist because I wanted to make the world better,” Chidi said. He joined Occupy Atlanta to make the city better. And now he is working at CAP/ADID for the same reason.

“I’m looking for who’s got the key. I’ve been asked to find the best use of more money. The opportunities to get a job that are this useful to society are rare,” Chidi said. “I can’t believe they gave me the job.”