Not since I heard about Philip Seymour Hoffman and Robin Williams, have I been as stunned by an actor’s death as I was about Chadwick Boseman’s. 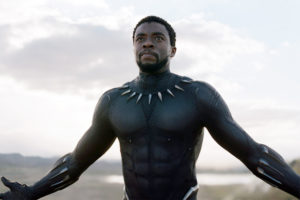 Part of it, I guess, is because he was so young (43) and it was Stage 4 colon cancer, which is a terrible disease. Part of it is also because his career was going gangbusters; “Black Panther” and the Avengers movies, of course, but also because of an estimable resume that included “42” (as Jackie Robinson), “Get On Up” (as James Brown) and “Marshall” (as Thurgood Marshall).

And part of it is because he was a damn fine actor and we’ve been deprived of who-knows-how-many memorable portrayals.

And there’s this: to evoke a popular phrase, Black stars matter. Perhaps now more than ever.

I don’t mean to dismiss/ghetto-ize Boseman as solely a Black actor. To do so makes me think of an interview I did back in the ‘90s with Morgan Freeman. 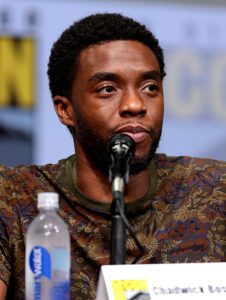 He talked about how, before becoming MORGAN FREEMAN, he’d go to an audition and there’d be Don Cheadle, Samuel L. Jackson, Danny Glover, Laurence Fishburne, Courtney B. Vance, Denzel Washington, etc. Actors who had nothing in common except the color of their skin. Sort of like calling in Tom Hanks and Tom Cruise for the same role because of the color of their skin (or their first names?).

Chadwick Boseman mattered because he was Chadwick Boseman. But he also assumed a greater cultural importance because “Black Panther” was such a huge hit.  It was a mantle he carried with extraordinary grace, made all the more impressive now that we know, in retrospect, that during most of that time, he was also battling a horrifying disease.

You can see Boseman in Spike Lee’s “Da 5 Bloods,” currently on VOD. And he’s got a role in the film version of August Wilson’s early play, “Ma Rainey’s Black Bottom,” starring Viola Davis.

But here’s the thing: I keep thinking of what we’re not going to see him in, all the performances that just won’t be.

Just one more wretched aspect of a wretched year.