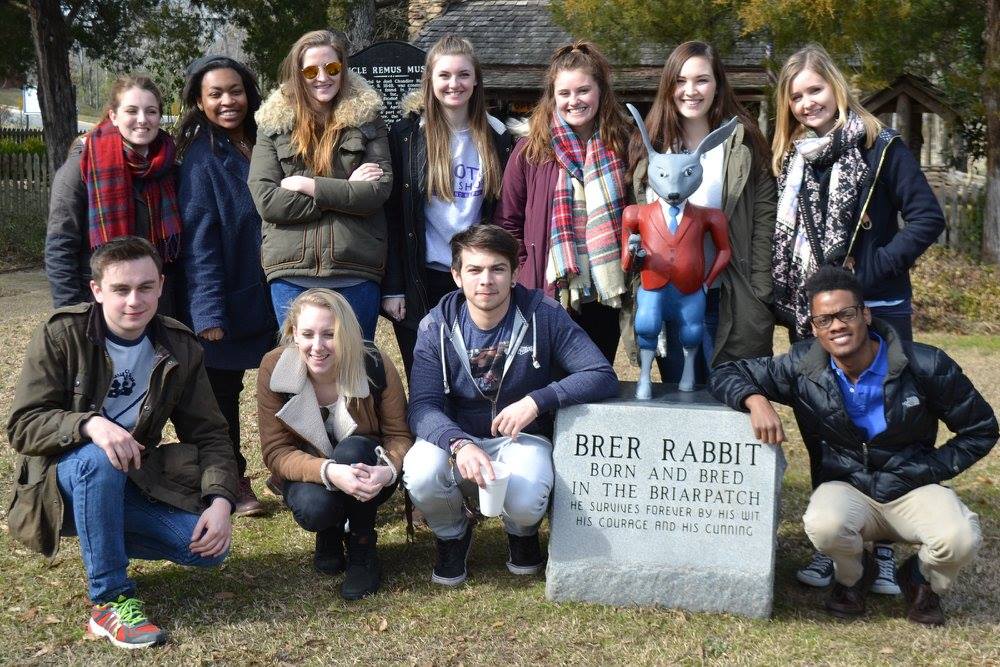 Jimmy Carter’s outstanding legacy is his work in developing understanding between different peoples. A little of that work is being done annually at Georgia State University as a direct result of President Carter’s first foreign visit to Newcastle-upon-Tyne on May 6, 1977.

Commemorating the visit is a stone in the Newcastle Civic Centre, in the heart of a now- thriving English northern city surrounded by moors. On his visit, President Carter delighted his audience with a phrase from the local Geordies: “Howay the lads.”

This stone, this visit, and the sister city relationship that Atlanta shares with Newcastle have cemented the foundation for a program in British and American Cultures at Georgia State University and the University of Northumbria. The program provides many opportunities for personal and civic enrichment as unexpected as President Carter’s burst of broad Geordie dialect.

The benefits of study abroad are undisputed. This program at Georgia State demonstrates how long-standing and deep-seated the effects of an extended study abroad program can be both for individual students and for the communities they change. 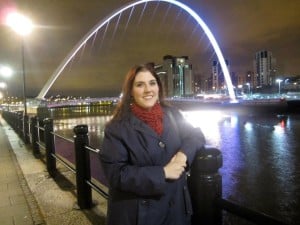 Of the dozens of students who venture across the Atlantic, many apply to the program as shy undergraduates who have never left the state, much less the country. They return eager to share and further their experiences — world travelers who have a sense of their own potential and their powers within a global community.

The most surprising discovery for most of them goes far beyond the classroom or even the travel they do during their year abroad. As one student said, “The exchange helped me realize how important travel is for individual growth.”

This sense of self, as well as a new awareness of their place in the world, makes our returned students outstanding applicants to all manner of employers and programs. They return burning to make a difference in their communities, and their passion is conveyed in whatever career paths they choose. 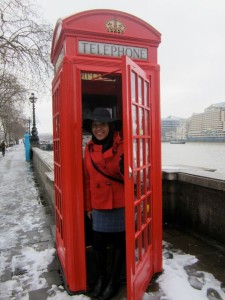 A Georgia State student in a traditional English phone booth

Graduates from Georgia State and Northumbria have unconsciously repaid their debt to President Carter by taking up internships at the Carter Center upon completion of their studies.

Those who opt to stay local invariably enhance their chosen communities. Several have extended to those in need Carter’s principles of cultural understanding through the exclusive Teach for America program.

Here in Atlanta they spread their stories and encourage others to travel.

A visible monument to the program is the popular coffeehouse and art gallery Hodgepodge on Moreland Avenue. Hodgepodge owes its existence to the initiative of a Northumbria student who came to Atlanta as part of the program, left, and then returned, having fallen in love with the city and a local. Like President Carter, she recognizes the importance of language in cultural understanding: the word loo emblazons the restroom doors.

Tanya Caldwell is a professor and associate graduate director in the English department at Georgia State University. She has directed the exchange program in British and American Cultures between GSU and the University of Northumbria on this side of the Atlantic for the past 13 years.