Charleston, S.C. today offers Atlanta a vision of its former self 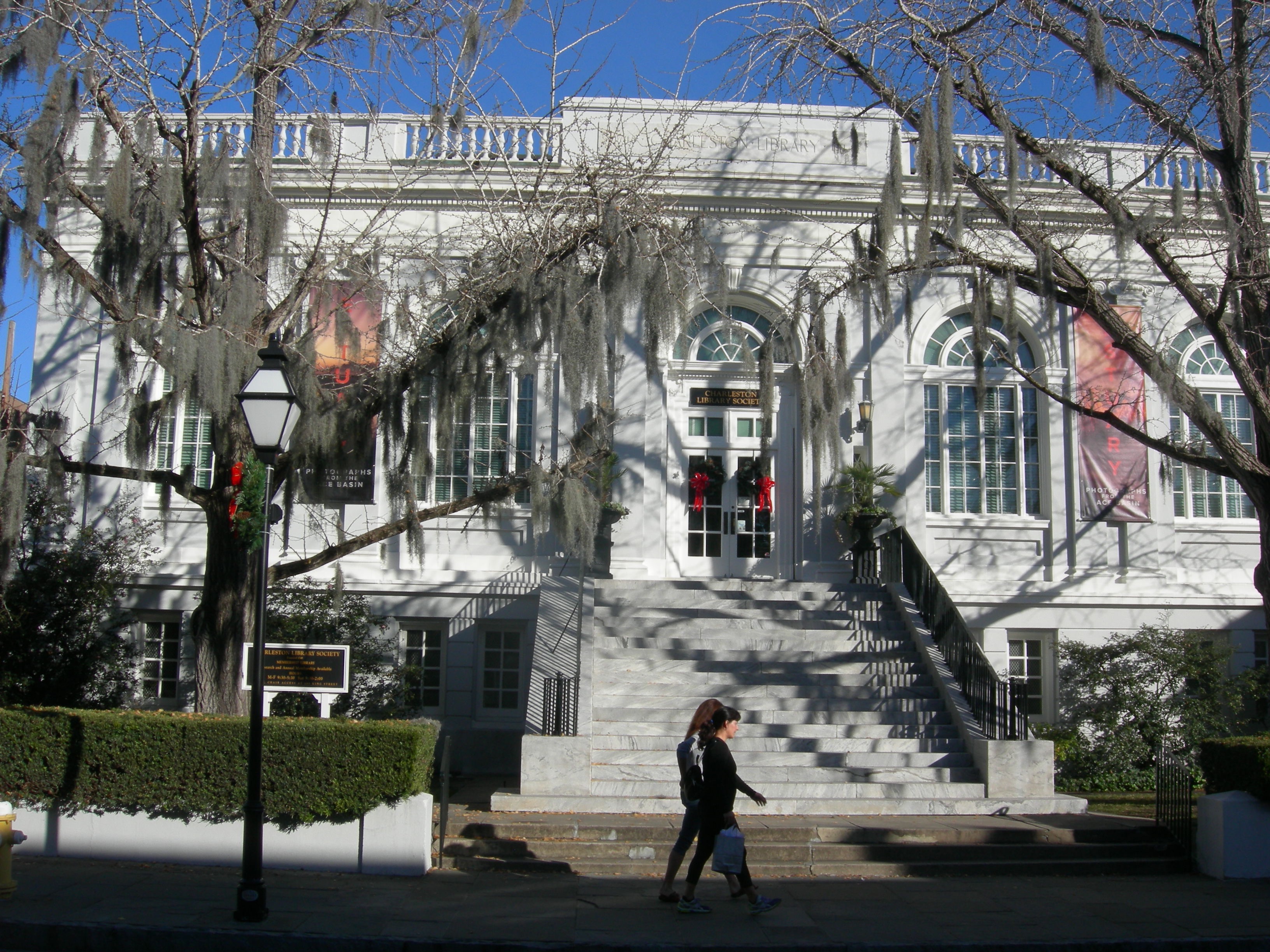 I’m in awe of how Charleston, S.C. has responded to one of the worst crimes of hate and racism that the South has experienced in decades.

Instead of responding with hate, violence and vindictiveness, the fine people of Charleston responded with grace, forgiveness, tolerance and a belief in the ultimate good in the human race.

What was most amazing was how unified Charleston – and even most of South Carolina – appeared to be.

There was the emotional strength and inner beauty of the families of the nine black victims gunned down by a 21-year-old white racist in the historic Emanuel AME Church in Charleston. Family members told the gunman – Dylann Storm Roof – they forgave him. 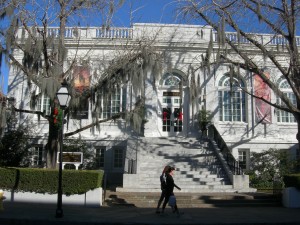 Black and white leaders in Charleston were united in their condemnation of that hateful act of violence and came together wanting to fight injustice using the warm weapon of love to overpower the evil of violence.

“A hateful person came to this community with some crazy idea he’d be able to divide, but all he did was unite us and make us love each other even more,” said Joe Riley, Charleston’s beloved mayor for more than 39 years.

The enlightened and empathetic leadership reached the highest office in South Carolina. Republican Gov. Nikki Haley initial reaction came from the heart – sharing her feelings from a mother’s perspective.

“Today, we are here in a moment of unity in our state, without ill will, to say it is time to move the flag from the Capitol grounds,” Haley said.

A day later, state Sen. Paul Thurmond, the son of segregationist Strom Thurmond, stood on the floor the South Carolina Senate making a compelling plea to remove the Confederate flag from the State Capitol.

“I am proud to be on the right side of history regarding the removal of this symbol of racism and bigotry from the statehouse,” the younger Thurmond said.

Even U.S. Sen. Lindsey Graham (R-S.C.), a conservative candidate for president, joined the chorus to remove the Confederate flag.

All of a sudden, Charleston and South Carolina reminded me of Atlanta and Georgia during the 1960s. That’s when Ivan Allen Jr. was Atlanta’s mayor; Carl Sanders was Georgia’s governor; and when Civil Rights Movement was blossoming with the visionary leadership of Martin Luther King Jr., Benjamin Mays, C.T. Vivian, William Holmes Borders, Helen Bullard, Vernon Jordan, Ralph McGill, Xernona Clayton and so many other provided a beacon of sanity in the South.

In many ways, during these past 12 days, South Carolina has taken the mantel of progressive leadership in the South away from Georgia. Nationally the messages that have spread from Charleston have put the beautiful Southern city on a new plateau of progress.

Scott Smith, who lives in north Charleston, has felt great pride in how his city and state have responded.

“Between Mayor Riley and our African-American citizens, the leadership that came out of Charleston was just outstanding – beginning with the families,” said Smith, CEO of WRS Inc., which is redeveloping Underground Atlanta. “The entire Charleston area became one, and then South Carolina became one. Now it seems as though the whole South is becoming one.”

Smith did credit Mayor Riley for having set a tone of tolerance in Charleston over the past four decades. Riley’s style of leadership has been to listen and work with diverse constituencies and give everyone a seat at the table – hoping to reach a community consensus on city issues.

Riley, who is not running for re-election this year, had not expected such a tragedy to interrupt his last year in office. He has had a “to do” list of what he wants to accomplish before he leaves City Hall. 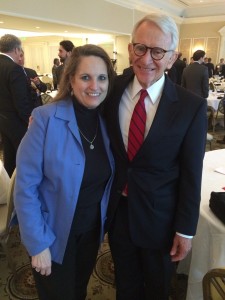 Charleston Mayor Joe Riley was in Atlanta in January as part of a GSU real estate alumni program. Had the good fortune to moderate the event (Photo: Special from GSU)

Top on his list is to build an International African American Museum.

“We are making great progress with out museum,” Riley wrote me in an email on June 3. “The design work continues. It will be a beautiful and very inspirational building. The museum will not just focus on the period of enslavement but will seek to present a comprehensive story, obviously condensed, of African American history beginning with the communities in Africa where the Africans were captured, and continuing up to present time.”

Forty percent of all the slaves entering the United States came through Charleston. Juxtapose that with the events of this past week when our nation’s first black president gave the eulogy at the service of the slain pastor Clementa Pinckney. The respected leader also was serving as a state Senator when he was killed.

Because all the state legislators knew him, now the surprise would be if two-thirds of them did not vote to remove the Confederate flag from the Capitol’s grounds.

Just ask former Georgia Gov. Roy Barnes, who said he has no regrets that he changed the state flag during his first term as governor – even if it may have contributed to him being a one-term governor.

“Leadership matters,” said Barnes, remembering a conversation he once had with the late U.S. Sen. Paul Coverdell about Presidents Abraham Lincoln, Thomas Jefferson and George Washington.

“They are there waiting for a crisis – to arise with leadership,” Barnes said, adding that Gov. Haley did just that. 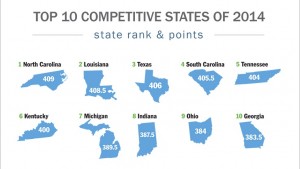 “In my opinion, she’s going to be on the national Republican ticket next year,” Barnes predicted.

Most importantly, the messages I heard loud and clear all week was: “Love wins over hate.” “Open hearts triumph over closed minds.”

As proud as I was by South Carolina, I found myself worried about Georgia – a state that used to hold the moral high ground in our region.

Both Site Selection magazine and CNBC released their ranks of top states to do business. In both, Georgia fell from the top spot to No. 10 and No. 5 respectively.

Why did we slip backwards?

Among the issues that were cited included the continuing legislative battle over the religious freedom bill, the refusal to expand Medicaid and provide insurance to the uninsured, and short-sighted immigration policies that are unfriendly for global businesses.

If Georgia wants to compete in the future, it can look back to the 1960s when Atlanta and the state stood above the fray of hate by embracing everyone.

Or we can look to South Carolina, and learn.

When love overpowers hate, we all win.