Chick-fil-A names Tim Tassopoulos as its president and COO 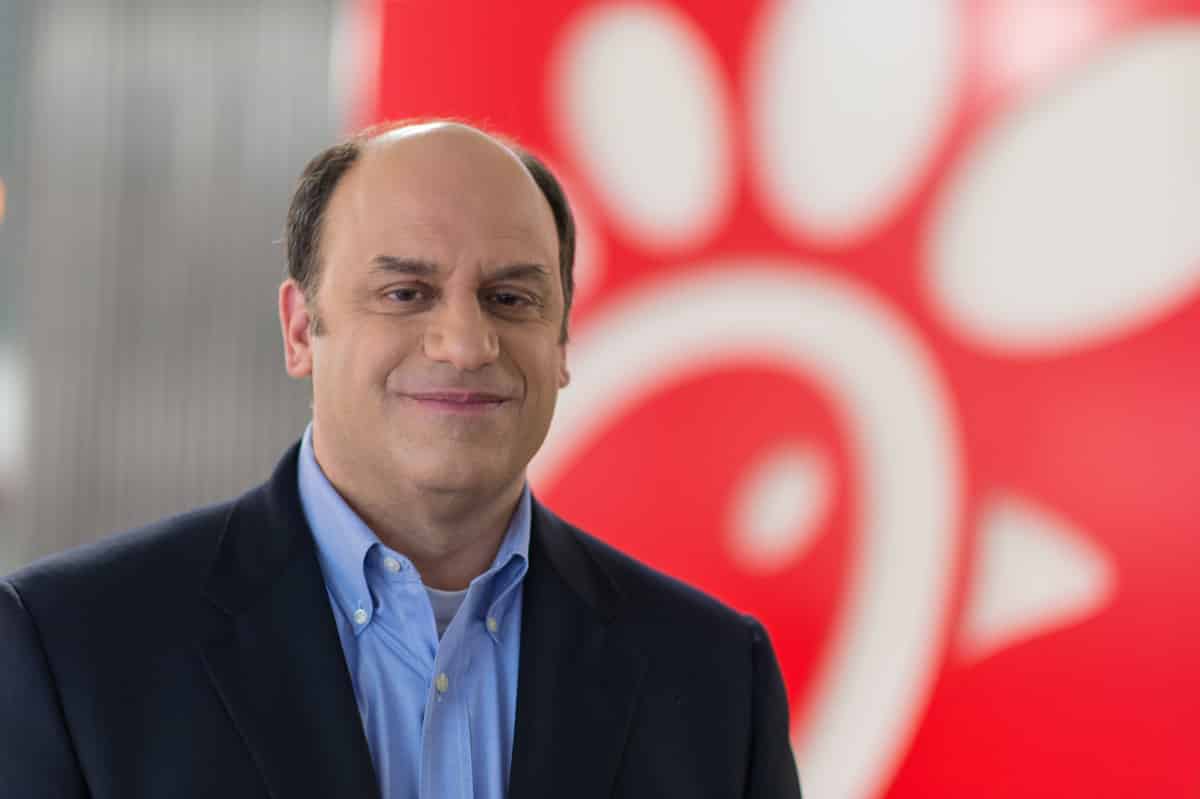 The new president and chief operating officer of privately-owned Chick-fil-A ­– Tim Tassopoulos – is part of the chain’s family that one can be without being related by blood.

He was only 17 in 1977 when he first started working as an hourly employee for a Chick-fil-A store at North DeKalb Mall. He had applied there as a back-up when applying for a job at Rich’s and decided to have lunch at his favorite restaurant.

“It’s been a 39-year back-up,” Tassopoulos said in an interview Friday upon being named as only the fourth president in Chick-fil-A’s history. “I got bit by the Chick-fil-A bug.” 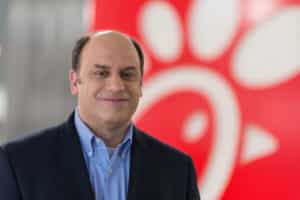 Over the years, the Atlanta native went to Oglethorpe University and Georgetown University, where he got his MBA – soon joining the management track at Chick-fil-A. He said he was lucky enough to have been mentored by both the founder – Truett Cathy, and the last non-family president of the company – Jimmy Collins, who retired in 2001.

“Jimmy Collins was a role model for me,” Tassopoulos said. “He was such a complement to Truett.”

When Chick-fil-A Chairman and CEO Dan Cathy announced that Tassopoulos would be his No. 2, he spoke about the complementary leadership styles of his father and Collins, and how he a Tassopoulos had a similar relationship.

“My job is to try to help Dan be the best he can be,” Tassopoulos said. “Dan is a scout. Whatever trend, whatever is happening, Dan sees things before they actually take place. He also has the ability to translate that insight into vision.”

Dan Cathy said that Tim Tassopoulos would be able to bridge the leadership of the company from one Cathy generation to another.

“That’s exactly what happened with me and the role that Jimmy Collins played between my dad and myself,” Cathy said. “Tim is a natural people leader developer. That’s one of his core strengths – to grow leaders. Leadership is the software that runs through any business.”

Tassopolous, who most recently had served as executive vice president of operations, said he enjoys helping develop leadership and building the organization from within.

“I like the execution,” he said, adding that the entire management team’s role is to translate Cathy’s intentions into reality, and then sustain it.”

Tassopoulos, 56, also knows that one of his roles will be to help groom the next generation of Cathys to be in a position to eventually run the business, which has annual revenues of nearly $7 billion.

“The third generation is full of passion and loyalty for the company,” Tassopoulos said. “They actually talk about the business succeeding them to the fourth and fifth generation.”

The promotion also he is also another step in the family-owned business adopting more of a corporate governance model to reflect the growing nature of the company.

“The relationship between Dan and me has to be as fresh and new as the marketplace is today,” Tassopoulos said. “We have to be innovative. And there’s a sense of stewardship – given the size and scope of the company. We are actually the 8th largest restaurant chain in the United States. And we are the largest privately-owned restaurant in the country.”

The announcement was made on the company’s “Founder’s Day,” a tribute to the late Truett Cathy.

Cathy said the announcement was enthusiastically received by team members.

“I was delighted,” he said, adding that Tassopoulos has been a great relationship with store operators and fellow Chick-fil-A executives. “Leaders are sometimes voted on in the boardroom, but they are elected on the elevator.”

Cathy added that it was the right time to make this move given the passing of his father 18 months ago and the efforts to make the company adopt a more corporate structure. It also had given the new board members enough time to get to know the executive team.

“Tim was identified for this kind of role 25 years ago,” Cathy said. “Jimmy Collins recognized this decades ago – his intelligence, graciousness and very strong interpersonal skills.”

Tassopoulous went to Lakeside High School, and he is loyal to the entities that have played a major role in his life – Oglethorpe University and the Holy Transfiguration Greek Orthodox Church.

“I’m a cheerleader for the institutions that have made me who I am,” Tassopoulos said. “It’s really neat we have a hometown business like Chick-fil-A in Atlanta and that we can serve in Atlanta. I’ll never be able to pay back what Truett and Chick-fil-A have forwarded to. What I can do is pay it forward.”

Tassopoulos, a proud Atlanta native, is the grandson of Greek immigrants. He and his wife, Maria, are the parents of Luke, a sophomore at the University of Virginia, and Nicholas, a rising first year student at Northwestern University.