“Christopher Robin” – a movie that seeks to find our inner child 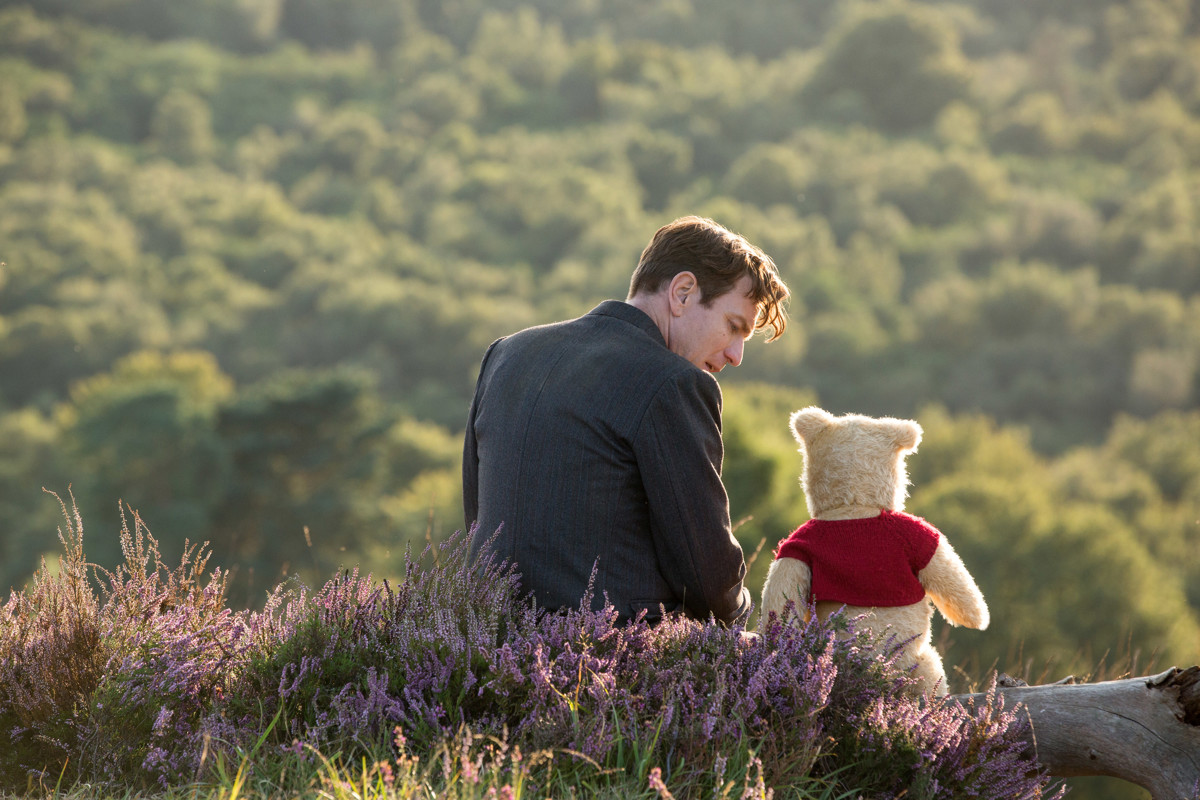 A scene from "Christopher Robin" movie

Filmmaker Marc Forster spends much of “Christopher Robin” trying to find that “Finding Neverland” sweet spot he worked so successfully in the 2004 Johnny Depp movie about James M. Barrie, the author of “Peter Pan.”

Not that the two are really very similar, but both pose the singular challenge of creating a film that appeals to both child-like adults and bonafide children. Peter Pan and Winnie the Pooh share that peculiar territory (for better and worse) and both require careful handling when it comes to circling said territory. 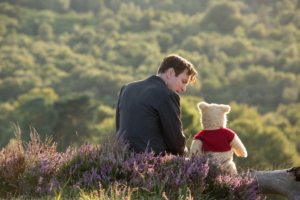 A scene from “Christopher Robin” movie

In “Christopher Robin,” Ewan McGregor plays the grown-up son of A.A. Milne, author of the classic Pooh books. Once the beloved playmate of Pooh, Piglet, Eeyore, Tigger and Owl, he’s now an efficiency manager at a luggage company. Can you say, “soul-killing?”

Asked to make some money-grubbing slashes to personnel, Robin opts out of a weekend in the country with his adorable wife (Hayley Atwell) and even more adorable little girl (Bronte Carmichael).  Can you say, “Uh-oh?”

Who better to come to the rescue than Pooh (perfectly voiced by Disney veteran, Jim Cummings)? The silly old bear of very little brain crawls through a door in a tree in the 100 Acre Wood and emerges in post-World War II London.  He reunites with his friend and helps him learn he’s been a father of very little brain

The movie sends Christopher Robin back to his childhood haunts (conveniently located adjacent to his family’s country place) where he hooks up with the old gang, then bounces (apologies, Tigger) back to London where Pooh and company, well, they don’t frighten the horses, but they do upset a human or two.

The, um, Heffalump in the room is, how seriously are we are to take these stuffed-animals-come-to-life? For some (ok, me…), this is no problem whatsoever. I have plastic Breyer horses with more personality (and ethics) than some of the bosses at my former workplace. But not everyone may be so inclined. 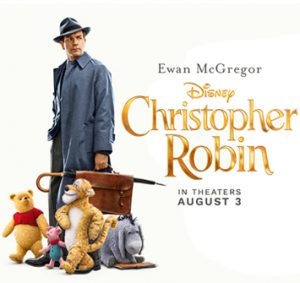 Plus, there’s a certain fustiness inherent in the movie’s familiar paean to the inner child. Anyone going to a movie named “Christopher Robin” already knows this. And – my guess – stubbornly embraces it, too.

So here we are, back at the original problem. Just who is “Christopher Robin” for? The picture is so skillfully done (kudos to the animation team, to McGregor, and to the accomplished voice cast) and it works so hard to, well, work that you can’t help but root for it.

But you also can’t ignore the fact that whimsical gravitas is a difficult tone to maintain for almost two hours.

Then, during the end credits, I saw a girl, maybe 10 or 11, get up and hug her daddy. She was so glad he’d taken her to “Christopher Robin.” So glad they’d seen it together.