The Georgia General Assembly has gone home. We have no new cities for DeKalb County, but we continue to face nettlesome questions about governing ourselves. No matter how many cities we divide ourselves into, we cannot secede from DeKalb County.

Instead of ignoring its problems, we must make sure that it is operated efficiently and honestly.

My own view is that despite recent problems, DeKalb County government has for the most part served us well over the past 30 years. In 1998, DeKalb was named an “All American County.”

I am probably biased. For almost 10 years, from the mid-1970s to the mid-‘80s, I was involved in that era’s reorganization effort. In 1979, I chaired the charter commission known as the DeKalb County Government Reorganization Commission. 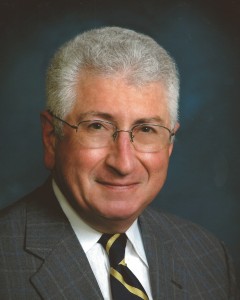 Citizen involvement was essential at that time. Despite the opposition of elected county leaders, citizens took control and designed a government that separated the executive and legislative functions, in part to stop the Commissioners from meddling in the day-to-day operations of the county departments.

In 1982, citizens decisively rejected the old commission-county manager system, and replaced it with the current system.

Despite that history, some commissioners have suggested the return to a commission-county manager form as the tonic for current problems. They claim the current form of government fosters a “culture of corruption,” which boiled to the surface with the indictment of the CEO.

What we must realize is that good government requires both a good form of government and honest and dedicated people to lead and manage that government. In reality, our government works in counties across the country, and in cities in Georgia.

There is little contemporary evidence that returning to the commission-county manager government would eliminate corruption. Just ask voters in Gwinnett or Fulton, where that form of government exists.

In Gwinnett, one former commissioner is in federal prison; another is under indictment, and a former chair resigned rather than face indictment. In Fulton, the county manager hid information about improper actions of sitting commissioners, for whom he works, until after they were re-elected in 2012.

Only if a new city completely eliminates the need for county government is the creation of that city a solution for problems in the county.

As a resident of Decatur, I can attest to the benefits of living in a city, but neither my city government nor my city taxes has eliminated reliance on DeKalb County for some services.

County services are essential for every city, existing or proposed. Even if a city government can offer police services at a lower cost, DeKalb County still provides the jail and the court system.

No city, existing or proposed, intends to replace the County’s water and sewer services, despite steadily climbing water and sewer rates amid allegations of mismanagement and possible corruption. Even if we create cities which cover all of DeKalb County, the problems of the County must be solved.

We now have a chance to step away from rhetoric filled with vitriol and hyperbole, to carefully and deliberately consider causes and solutions for problems in county government. There is time to ask hard questions of elected officials and ourselves, rather than settling for short-sighted solutions, which only plant seeds of tomorrow’s problems.

Are the problems caused by the form of government, or by the people running that government? Will changing internal policies or procedures improve the delivery of county services? What impact will new cities have on current and future needs and responsibilities of county government? Would the reduction in the size of commission districts increase our sense of connection to the county? How willing are we to pay for additional government services, and, for that matter, for additional governments?

The future of our county merits and demands thoughtful consideration of these and other issues, and we as citizens must claim a role in this process.

Wisely, Interim CEO Lee May and Commissioner Kathy Gannon have begun that conversation, and I strongly urge them to continue and expand it. Especially if the push for new cities continues, we need to develop and implement a careful plan for a diminished but still critical county government.

We cannot and should not delegate that to elected leaders alone.

This process will take time and be difficult, but the choice we face is to define our own future or leave it to others to do it for us. I for one don’t want to wake up following some future General Assembly or referendum and find that we face even more problems than we have today.