The City ethics office will review Christmas gifts given by the Atlanta Police Foundation (APF) to the public safety training center advisory committee to see if they are OK under the law.

The APF, the training center’s lead planner, sent official White House Christmas tree ornaments priced at $24.95 to each member of the Community Stakeholder Advisory Committee (CSAC). The ethics code generally prohibits giving anything of value to a member of a government body from someone who does business with the City or has interests the officials can affect. There are many exceptions, including for certain “mementos” and “novelties,” but it is unclear if those apply. 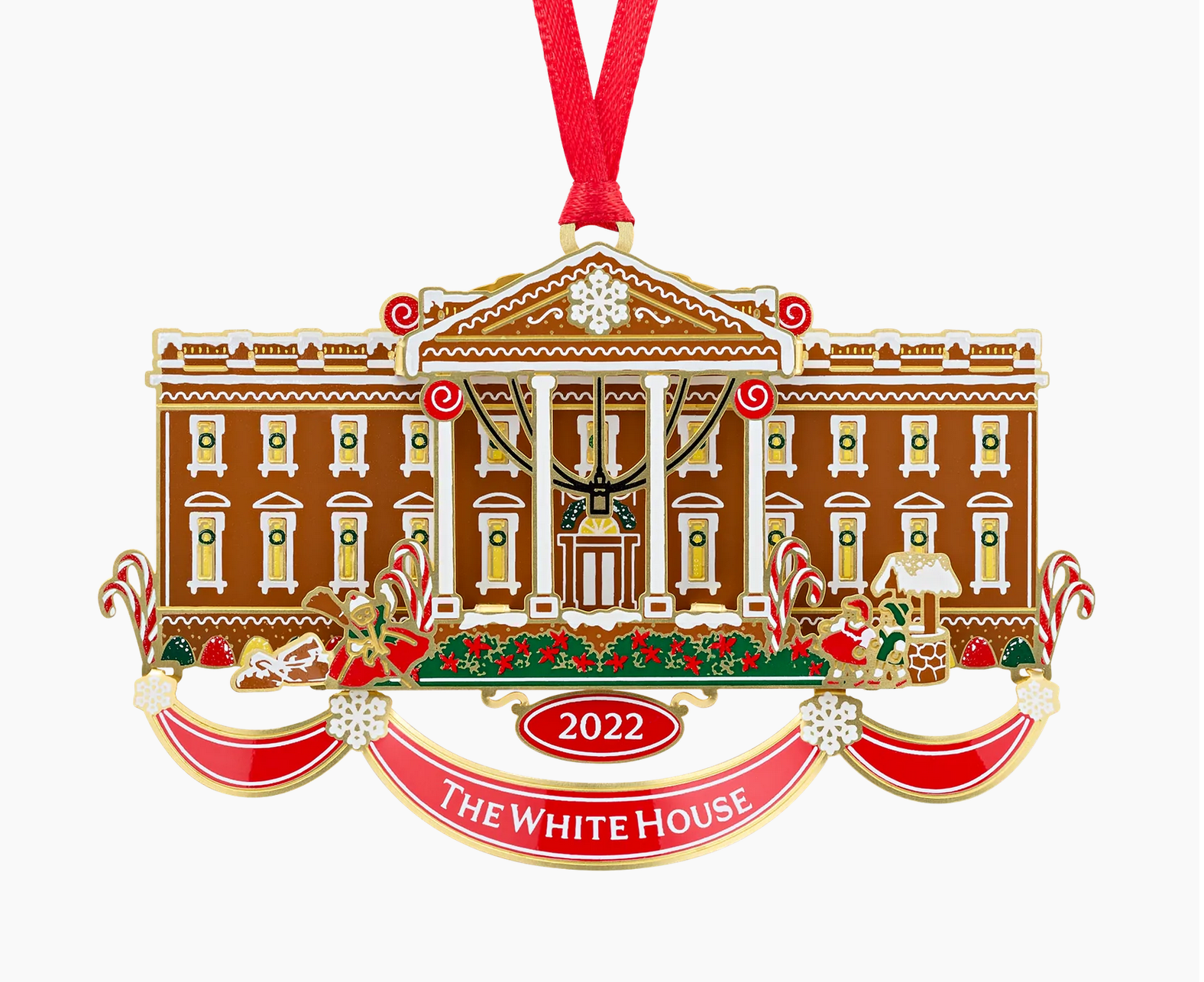 A promotional photo of the official White House Christmas ornament given by the Atlanta Police Foundation to members of the Community Stakeholder Advisory Committee, as seen on the White House Historical Society website.

“We do not have the complete facts surrounding the gift exchange and would need to look further into this matter,” said City Ethics Officer Jabu M. Sengova. She said the City Ethics Division “will look into this.”

The APF did not respond to questions.

The gifts were revealed in an informal discussion at a Jan. 17 virtual meeting of the CSAC, before the group began recording the video. “I don’t know who was responsible for the lovely gifts we got at Christmas, but that was very nice,” said CSAC member Amy Taylor.

Credit was taken by meeting coordinator Marshall Freeman, who previously served as the APF chief operating officer but this month began work as deputy chief administrative officer at the Atlanta Police Department (APD).

“You’re very welcome,” said Freeman, adding, “If you’d like a little special gift and didn’t receive one,” any member could let him know.

The nature of the gift was not discussed, but a member later told SaportaReport it was an official 2022 White House Christmas ornament sold by the White House Historical Society. The brass ornament has enamel decoration depicting the White House as constructed with gingerbread. “Included with this beautifully gift-boxed keepsake is a gingerbread scented booklet and recipe card ​featuring a gingerbread recipe from First Lady Pat Nixon’s time at the White House,” says the online product description.

Sengova said no one contacted her office to vet the gift-giving beforehand. The CSAC member said the gift was never discussed by the group and was sent through the mail.

The CSAC was formed in late 2021 and its members were incorrectly exempted from filing ethics disclosure reports last year in what the City calls an “oversight.” Sengova said her office was confused by the Atlanta City Council legislation that created the body and at first did not think many members were subject to disclosure requirements. The was hastily written to quell widespread outrage about the lack of public input into the plan and misspelled some members’ names, misreported the neighborhoods or officials some represent, and omitted one member entirely. The members will be required to file this year.

Because of that oversight, the members also were not offered ethics training. City ethics training is mandatory for employees, but is voluntary for members of boards and commissions like the CSAC, according to Sengova.

Freeman’s role in running the CSAC meetings is another organizational mystery. The unusual structure and operation of the CSAC involve the APF running the committee itself even though its project is being reviewed. The legislation that created the CSAC specifies that it will be convened, staffed and administratively supported by the Foundation, with the City represented by membership seats. As an APF official, Freeman ran the meetings from the start. Now he is an APD official but continued Jan. 17 to run the meeting and advise the APF’s hired planning firms and the CSAC members. The City and APF did not respond to questions about Freeman’s authority to do so and if an APF official will take over.

Clarification: This story has been updated to clarify that Sengova did not comment on the nature of the CSAC authorizing legislation and to give more information about its errors.