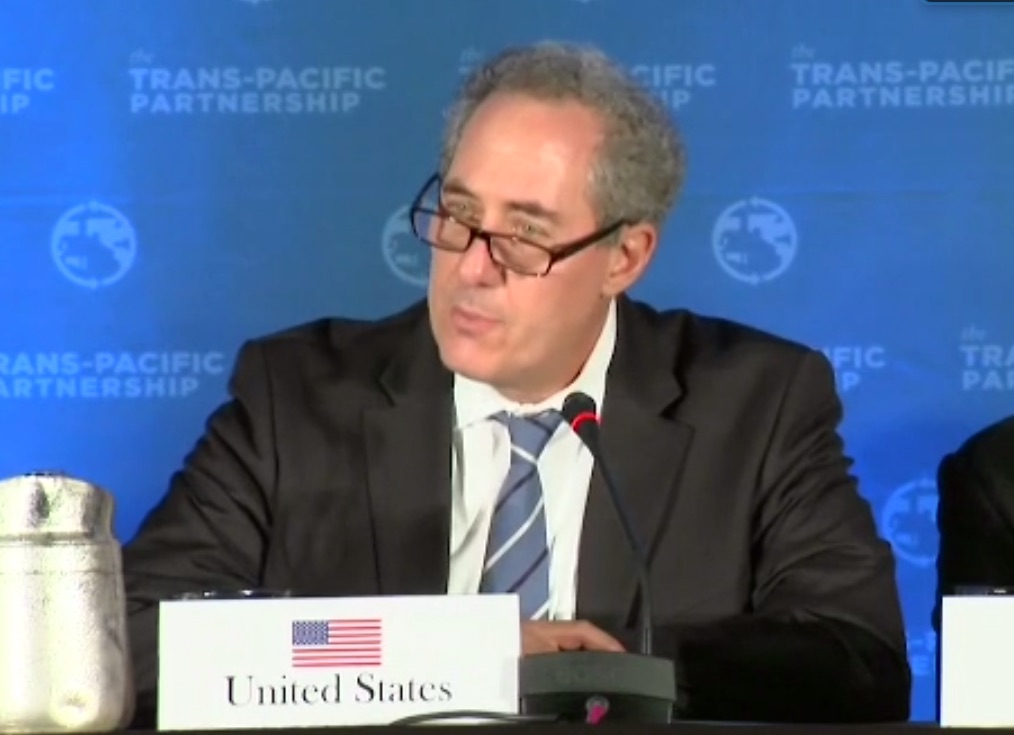 City leaders hope that the successful negotiations for the Trans-Pacific Partnership trade deal that was reached in Atlanta over the weekend will bode well for future international gatherings.

The United States and 11 other Pacific Rim nations announced on Monday that they had agreed to the largest regional economic pact in history – an agreement that could set the stage for global trade for others. The 12 nations that are part of the trade deal represent 40 percent of all global commerce.

It has taken more than eight years to get the 12 nations to reach consensus on the Trans-Pacific Partnership – and Atlanta boosters believe it had something to do with where the talks were taking place.

“We had been working on having them hold the negotiations here,” said Hala Moddelmog, president and CEO of the Metro Atlanta Chamber, after the Atlanta Rotary Club on Monday. “We were thrilled to have something this momentous happen in Atlanta. And it was a thrill to host the final meeting – the one when they reached an agreement – in Atlanta.” 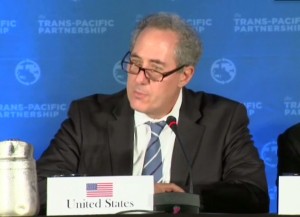 “I strongly support President Obama in his effort to protect workers here in the United States and abroad,” Reed said. “The Trans-Pacific Partnership is a cornerstone of this effort, and I congratulate the President, U.S. Trade Representative Froman, and representatives from all twelve nations in securing an agreement that will put in place high, enforceable standards that reflect our values on the environment, on workers’ rights, transparency and respect for intellectual property standards.”

The mayor went on to say how proud he was that the City of Atlanta had been selected to host the final round of negotiations.

Although the 12 nations have agreed to a deal, it still faces an uphill battle to be approved by Congress.

This is not the first time the City of Atlanta has wanted to be a hub for international trade.

It launched a $4 million campaign to attract the headquarters – the Secretariat of the Free Trade Agreement Americas. That free trade agreement was to have been approved by 34 American nations – but that deal fizzled so there was no need for a Secretariat of the Americas.

Atlanta did end up being selected to serve as a branch for the United Nations.

The Centers for International Authorities Training (better known by its French acronym – CIFAL) – an affiliate of the United Nations Institute for Training and Research – which was attracted to Atlanta largely because of Hartsfield-Jackson Atlanta International Airport.

The North American CIFAL Atlanta has focused on urbanization, the environment and other training programs for the region’s mayors, governors, business and civic leaders. 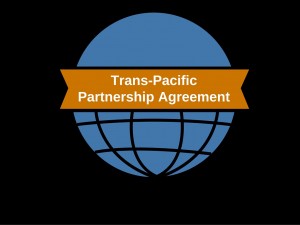 Logo design for the Trans-Pacific Partnership21q“

A.J. Robinson, president of Central Atlanta Progress, was doubly pleased about the accord reached over the weekend. Not only were the negotiations held in his neck of the woods – downtown Atlanta – but Robinson spent a large portion of his career in Asia working for the Portman Companies.

“Whenever you have countries agreeing to new legislation that reflects the reality of what trade is today, that’s a good thing,” Robinson said. “The world is very complicated, and these agreements are hard. It’s great that we were able to do our share and host these conversations in downtown Atlanta.”

Robinson also said another significant development working in the city’s favor is the relatively new Atlanta Center for International Arbitration and Mediation at Georgia State University. It is expected that the center will become an attractive option for international parties trying to resolve legal disputes across country lines.

“We’ve got a big airport. We have got great meeting facilities. We are not expensive. And we are hospitable,” Robinson said. “It’s a great meeting place and a great place to solve a problem. Maybe because of the Trans-Pacific Partnership, we will be discovered.”

Most importantly, it is just an extension of the city’s DNA. In the spirit of the Center for Civil and Human Rights and the Carter Center, hosting a successful trade deal is further evidence that Atlanta fosters conflict resolution.

Previous Article
DeKalb may have some bad apples; but county not rotten to its core
Next Article
At planned Oakland City Station project, MARTA offers significant aid to developer