City of Atlanta must carefully weigh its future transit options

The reaction to Maria Saporta’s recent streetcar/BeltLine articles produced an unusually hot-tempered string of comments.  From my perspective as a transportation planner, what seems to be muddying the waters of this debate is a natural misunderstanding of the long-term, multipurpose benefits of various transit routes.

This includes a common propensity to lump all trip purposes and transportation technologies together.  A more nuanced understanding could help the dialogue become more productive.

Online comments narrowly defined benefits and costs when in actuality there are more outcomes and impacts that a city must balance. A serious flaw in any budget limits future options and opportunities. In my opinion, solving the City of Atlanta’s pension problem didn’t affect anyone in my family, but it right-sized a significant budgetary weakness and improved the city’s bond rating, which will continue to directly impact my life via other projects and programs. 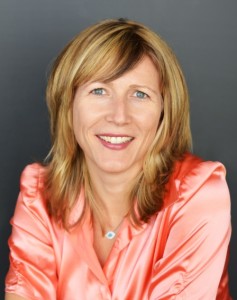 Providing transportation options to a citizenry is one of the most essential and effective ways a government can ensure the highest level of opportunities and quality of life.

In delivering a transportation system, often projects are built in segments or phases. Frequently, a segment passes though areas of different types of land uses and land value.  A segment provides a path that is used by both the rich and poor for different types of trips, at different times of day.

Sometimes I use I-85 to get to my soccer games, sometimes to a meeting. When I was younger, I used I-75 to get to my job, now it’s used to visit some friends. My family drives a sedan to dinner, but at one time we needed a 15-passenger van for a longer trip. A van certainly cost more in gas, but it was the most appropriate option for that trip. I have been lucky enough to have enjoyed a flight on a small private plane to go a state or two away. I have also used a larger jet to fly all the way to Washington State.

Similar to needing different cars and planes, a MARTA bus varies from MARTA rail, and I use and need both for different destinations and trip types.  Sometimes I will travel on the train from Midtown to downtown, but sometimes I will take the Midtown-downtown bus if I need to speed up to a meeting nearby or if heavy packages prevent me from walking to the station.  The upcoming streetcar service will help me too, although buses have been serving the area and the train station is nearby.  The bottom line is that a true transportation system requires different types of technologies for different trip purposes and for different times of the day.

The general idea of connecting the traditional BeltLine transit loop to more destinations and riders in the city has been in the heads of planners for years. In the City of Atlanta’s case, a couple of years ago the Transportation Improvement Act (or TSPLOST) was absorbing an inordinate amount of time from elected officials, policy makers and an already overburdened staff. The City’s Transportation Planning staff and the Atlanta BeltLine Inc’s transportation staff were both asked to assess and organize their projects to compete with the new regional TIA criteria.

Fatefully, around the same time the Atlanta Regional Commission was also updating its long-range plan. So, with city and ABI staff goals overlapping, the city staff was also busy organizing the rest of the City’s project needs.

The city leadership and ABI staff determined it was the appropriate time to look at additional routes linking to the BeltLine, specifically calling for Streetcar service and the type trips that technology offers.

Thus ABI staff launched a prioritization process for BeltLine-related routes that will be used by citizens “off” of the BeltLine. To be fair to ABI, they took the lead on planning for those BeltLine-connecting routes because they had more staff and planning funds than were available to the city’s staff at that time.

So it’s no wonder there is public confusion and pressure from City Council to better understand the staffing roles and the lens with which the different entities prioritize projects.

The on-going transit debate can be a healthy one if we can at least begin to differentiate between the benefits and attributes of the Atlanta Streetcar, the BeltLine-related projects as well as MARTA’s bus and rail.

Any one transit segment is likely to serve existing congestion demand, and certain parts of a segment will enable future growth — development likely to be less dependent on cars.

Also any one segment can be expected to serve rich and poor, workers and retirees as well as all kinds of people. Different transit segments also will  serve varying proportions of those populations, yet each project will benefit everyone more than any “ridership or economic estimate” could hope to calculate or predict.

As we look to the future, we need to make sure we’re making wise transit investments to make sure our choices will contribute the most to creating the city we want Atlanta to become.

Note to readers: Before starting her own consulting business, Heather Alhadeff helped coordinate the “Connect Atlanta” plan as a transportation planner for the City of Atlanta.