Underground Atlanta to be sold for $25.75 million to S.C.-based WRS Inc. 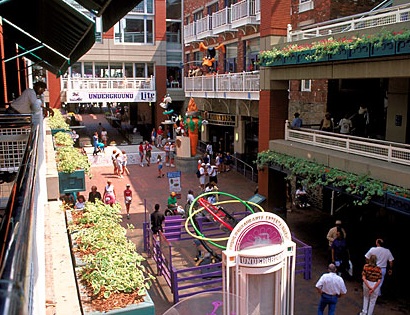 Atlanta is so hopeful someone will buy Underground Atlanta within a year that it has budgeted $1.4 million in proceeds of the sale to fund Invest Atlanta. Credit: Ga. Dept. of Industry, Trade and Tourism, via destination360.com
Share
Tweet
Share
Pin
Pocket
WhatsApp
Buffer
Email
Reddit
0 Shares

Atlanta Mayor Kasim Reed is planning to make an “important economic development announcement” Wednesday morning at 10:30 a.m. – reportedly to announce the sale of Underground Atlanta, according to people close to City Hall.

The buyer is WRS Inc., a real estate investment firm based in Mount Pleasant, S.C. near Charleston. It is thought that the city has the property under contract for $25.75 million. The iconic property that is adjacent to the Five Points MARTA Station.

The plan is to develop the upper levels of the property into a mixed-used complex that includes housing and retail.

“We think it’s ground zero in Atlanta – the zero mile marker truly is right there,” said Scott Smith, president and CEO of WRS Inc., said in a phone interview on Tuesday. “There are 32,000 students a half block away. There are 110,000 people coming downtown everyday. There’s steady income from the government sector down there. The vacancy factor in multifamily is 1.2 percent. With having that many people down there, our whole belief to make Underground successful is that you have to have people there day in and day out.”

Mayor Reed, in an interview with the Atlanta Business Chronicle in late September, said he was in the midst of negotiating a deal with a buyer who would transform Underground Atlanta into a high-density development above ground. At the time, he had expected the announcement would have been made by Dec. 1.

He said the buyer, which he did not disclose at the time, would be making a total investment of between $100 million and $250 million in the development.

“The vision is to turn Underground into a residential living room,” Reed said, adding that the developers planned to “keep most” of what is now known as Underground. “It would have a different feel. When you get to Five Points, it should look and feel completely different than it does today.”

During the interview, the mayor said the project would not be geared toward Georgia State University, and that it would be a “higher end” development than one targeted toward students.

The press briefing will be held in the Mayor’s Ceremonial Office.

Previous Article
How to get back in shape after the holidays? Keep the focus on wellness.
Next Article
Georgia’s jobs of future call for teamwork, technical skills: Employers