Four new city proposals have cropped up, all in Cobb County. (Photo by Kelly Jordan.)

More transparency is needed for Georgia’s cityhood movements and development authorities — but not for the General Assembly itself, two state lawmakers said at a Jan. 27 open-government event.

Buckhead cityhood is one the biggest political issues in Atlanta and Georgia — and also one of the least transparent, with private organizations battling it out. The movement began with the formation of the Buckhead City Committee in initial meetings where leaders refused to even identify themselves while somehow garnering legislative backing entirely from lawmakers from outside Buckhead — including Jones, who filed the House version. The anti-cityhood group Committee for a United Atlanta has positioned itself as more transparent about its donors, but, like its rival, is not subject to state open meetings or open records laws and continues to strategize in secret. 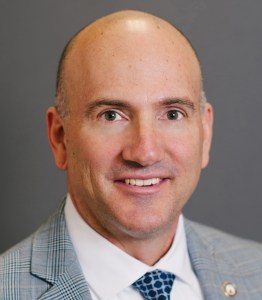 Regarding those two major advocacy groups Jones said, “I think both of them live very much behind the curtain” and should have more disclosure. With both groups, he said, “there’s not a tremendous amount of transparency… That’s not a political statement. That’s just the truth.”

As a side note, Jones said the legislation also included a requirement that cityhood be approved in a referendum by a supermajority of votes. He said that was because of the consequence of such “a major change — in my mind, a heart-lung-brain transplant.” The supermajority part of Jones’ legislation has been copied by state Rep. Shea Roberts (D-Sandy Springs) in a bill seeking a citywide, not neighborhood-only, vote on Buckhead cityhood.

Cobb has a similar if far less heated situation with four separate cityhood movements. Cupid said citizens there have expressed transparency concerns, “and reasonably so,” adding that there is a lack of such information as “who was behind the process” and how to get the information provided to General Assembly legislative committees but not included in public feasibility studies. She suggested the creation of “some public sharing or notice provision” for future cityhood proposals.

Oliver’s concerns about cityhood transparency tie into her longstanding attempts to clear the air in the smoke-filled rooms known as development authorities — government bodies that can issue tax breaks via bonds and other mechanisms.

Previously known for approving massive breaks with virtually no public detail, the Development Authority of Fulton County last year sparked major reform talk due to revelations of questionable “per diem” payments to board members. The City of Stonecrest’s development authority was just in the news for lacking any public records required by law, including on a $700 million project where it granted tax abatements. A SaportaReport review of 32 city-county or multi-county joint development authorities around Georgia last year could confirm Georgia Open Meeting Act compliance for only 20. One joint authority had ignored open meeting and financial reporting requirements for years while collecting public funds and hiring a lobbyist.

Oliver has been particularly focused on the City of Brookhaven’s development authority, which has triggered legal challenges from DeKalb County and its school district over tax abatements proposed in secretive deals and in one case tied to an annexation of commercial property slated for redevelopment. 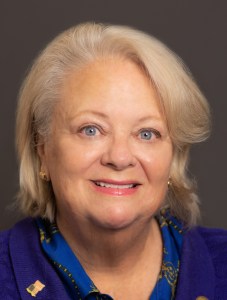 “To whom are they accountable…? When I am entitled to know what deals they are negotiating or have accomplished?” Oliver asked about development authorities. She said she believes the only legal requirement is a newspaper notice of a court hearing to validate a bond deal fundamental to tax breaks, which does not include an explanation of the project’s economic and school budget effects. “I think there’s a huge amount of work to do in this area,” she said.

This session, Oliver is continuing to press her longstanding legislative effort to require development authorities to give local governments and school districts notice about tax-break deals and empower those entities to challenge the moves in court. She also filed House Bill 923, which would cap per diem payments to development authorities and give local ethics boards jurisdiction over investigating them.

Brewerton-Palmer noted an underlying policy tension is the public’s right to know about big development deals and the interest of states and companies in keeping the moves secret for competitive reasons.

Cupid said local officials can be left out of the loop as well in that balancing act, and disclosure needs might vary depending on the impact and investment of a deal. “I can’t say that there’s a magic moment when the public should know,” she said.

One way to get a lot more transparency on such mysterious issues as Buckhead cityhood would be for the General Assembly to stop exempting itself from the Georgia Open Records Act. Jones and Oliver were not fans of that idea, though the reasons they cited indicated some ignorance of how current exemptions work. Meanwhile, Cupid noted that the lawmakers have no problem “imposing” the supposedly onerous open-records laws on local governments like hers.

Jones and Oliver cited the supposed difficulty of separating personal email and phone calls from those made for their lawmaking duties. Oliver and Cupid also discussed emerging challenges and laws from the use of social media, where, for example, a government official may violate the First Amendment by blocking someone.

Oliver, an attorney, said she uses the same email account for her legal work and her legislative business. “How would I conduct myself in the multiple ways I communicate through the multiple different platforms I use if I thought, believed, everything is public record?” she asked. “That’s a fair question and I don’t have a very good answer for it.”

Jones said he indeed uses two different SIM cards in his phone, one for personal calls and one for public business, yet also argued that it is “nearly impossible” to separate those spheres. He also suggested that a supposed golden age of “true bipartisanship” has no chance to return if there is no government secrecy. Recalling friendly backroom meetings in the 1980s of the Republican President Reagan and the Democratic U.S. House Speaker Tip O’Neill, he asked, “If they had to do that out in the public, would that have occurred?”

However, such a meeting likely would not trigger an open meetings requirement under current Georgia, and it would be subject to open records only if a recording was made. There was no discussion of how people in many other lines of work regularly separate their business and professional communications. But Cupid did note that local government officials have to do it.

Cupid said she indeed uses “multiple” phones and laptops, and called it “a bit frustrating” to hear the lawmakers complaining. She noted that while the transparency may be a pain for elected officials, “there is a larger interest in the public’s right to have information and understand how decisions are being made.” She suggested the lawmakers try to “help us balance those things,” implying a loosening of open-records laws at the local level.

Senate Bill 226 is raising First Amendment discussion, as it would call for schools to set up a review process for parental complaints about allegedly “harmful” publications being provided to students, such as in libraries or classes. It is part of national conservative political agitation around such educational issues as critical race theory.

Oliver dismissed it as “culture-war legislation that doesn’t help anybody” and would create conflict, such as putting a “school librarian on trial.” Cupid questioned the need for a new process when school boards already exist and why this particular issue rather than any other was highlighted.

Jones supported the idea as a way to balance parental input if it was not an administrative burden. However, he cited as support a personal anecdote apparently relating to a claim of unspecified political indoctrination, not of obscenity. He said his college-student son, in a “jaw-dropping moment,” claimed that, “I haven’t written anything since eighth grade that I actually believe” to please his teachers.

Also implicating the First Amendment is Senate Bill 171. It would create or enhance legal penalties for various types of unlawful protests, including making it a felony to totally block a highway or street.

“Clearly, that’s the kind of bill that would be litigated on a First Amendment set of issues,” Oliver said. She criticized fellow lawmakers for generally approaching protests by increasing penalties and then having “First Amendment discussions in courtrooms” with lawsuits that are “inefficient,” “costly” and “inaccessible to most Georgians.” She also cited the situation of U.S. Rep. Nikema Williams, the state Democratic Party chair, and others who are challenging their 2018 arrest for a State Capitol protest, a case that is now before the Supreme Court of Georgia.

Jones said that, as the proposal is a Senate bill, he has not yet read it or “put any type of mental effort into it.” He spoke broadly of the need to balance the right of free assembly with public safety and said he would need to consider whether criminal penalties are the tool for doing that.

The discussion also touched on House Bill 1013, an attention-getting piece of legislation carried by House Speaker David Ralston (R-Blue Ridge) that would improve access to insurance coverage for mental health and drug abuse treatment, among other provisions.

Jones and Oliver are among the co-sponsors. They both said an important transparency aspect of the legislation is requiring more data about how such coverage is provided. Jones noted that individual medical records would continue to be protected, but that the aggregated data and its “benchmarks” would be useful.

Note: John Ruch, the author of this story, is a member of the Georgia First Amendment Foundation.