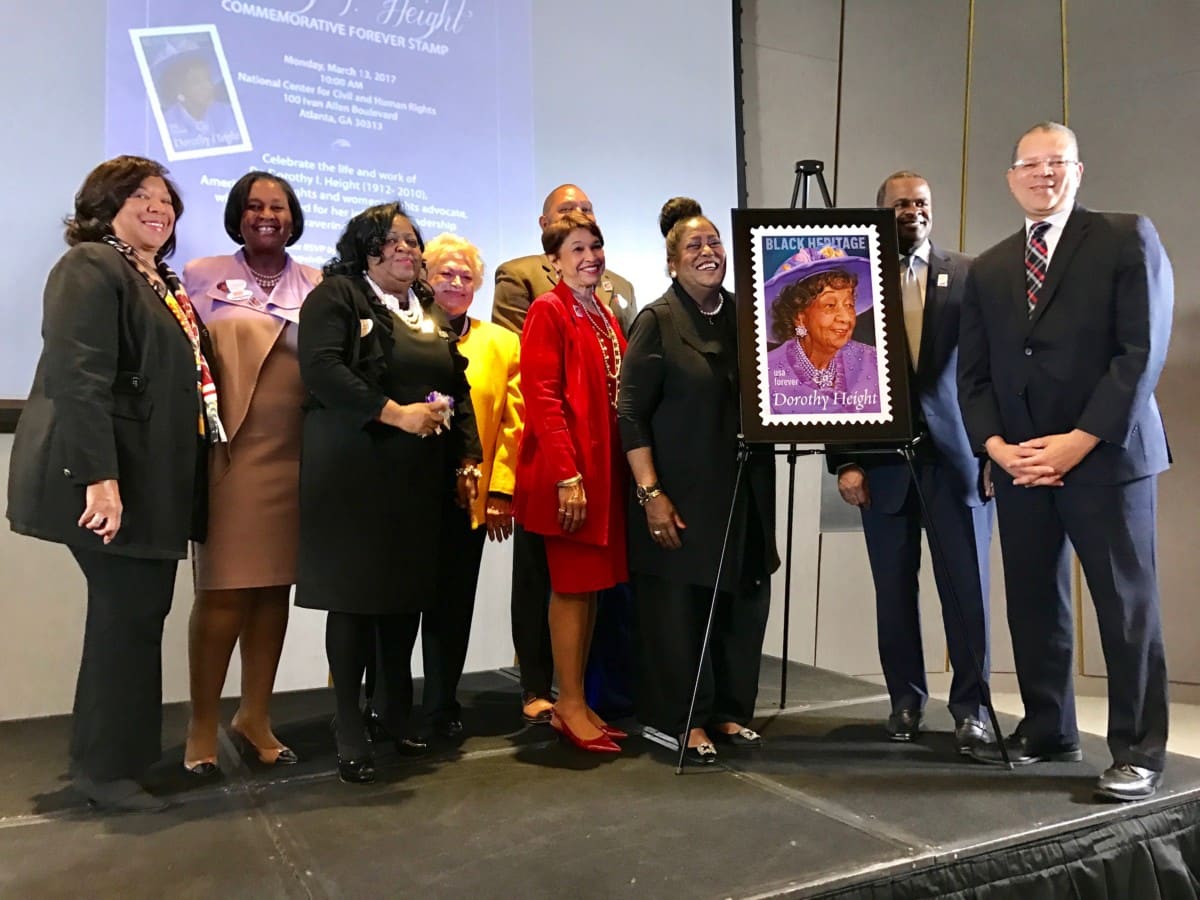 Dorothy I. Height’s legacy supporting women and civil rights will live on forever – as in the “forever” stamp of the U.S. Postal Service.

Several Atlanta leaders, many of them who knew Height personally, marked the occasion at a stamp unveiling ceremony Monday at the Center for Civil and Human Rights. 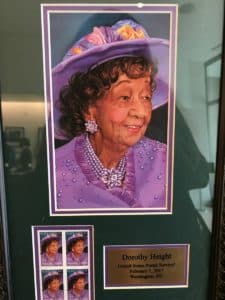 Omar Coleman, Atlanta Post Master, said Atlanta was the perfect place to have an unveiling of the stamp that honors Height, who was president of the National Council of Negro Women for 40 years.

Height was strongly devoted to three different women’s organizations, said Ingrid Saunders Jones, a former Coca-Cola executive who is national chair of the National Council of Negro Women. In addition to NCNW, Height joined the national staff of the YWCA in 1944. She also served as the national president of the Delta Sigma Theta sorority from 1947 to 1956.

“She never stopped being a civil rights advocate,” Jones said.

Height was awarded the Presidential Medal of Freedom by President Bill Clinton in 1994, and she received the Congressional Gold Medal in 2004.

Height was the chairperson of the Executive Committee of the organization for women’s civil rights in the country. And she was an honored guest at President Barack Obama’s inauguration on Jan. 20, 2009 with a seat on stage. She passed away in 2010 at the age of 98.

Height’s stamp was the 40th stamp in the Black Heritage Forever Series, and it is a painting designed by Derry Noyes and based on a 2009 photograph shot by Lateef Mangum. 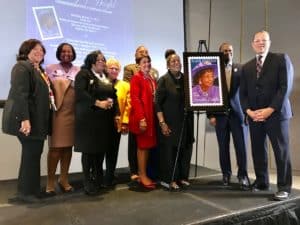 Former Atlanta Mayor Shirley Franklin remembered getting words of encouragement from Height when she was in office. And she urged the people in the packed assembly room at the Center for Civil and Human Rights to remember Height’s work.

Then speaking of past and current leaders, Franklin said: “It matters what they do and what they say.”

Deborah Richardson, a senior advisor to the Center for Civil and Human Rights, said that when Ingrid Saunders Jones wanted to hold a Height’s stamp dedication in Atlanta, she only had to make a couple of calls – one to Richardson and one to Diane Larché, who helped put the event together.

Richardson said the Center spotlights Height’s role during the 1963 March on Washington. “ 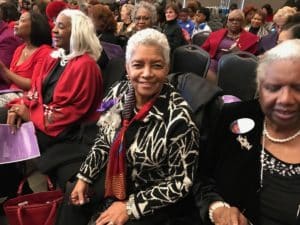 It was her wisdom and guidance that made the March on Washington as inclusive as it was,” Richardson said. “What an amazing American citizen she was. She gave me some of the best advice: ‘Always show up.’”

Sharmen Gowens, CEO of the YWCA of Greater Atlanta, and Ann Stallard, former president of the YWCA, spoke about the impact Height had had on their organization.

“I had the great fortune when I was 18 to run right smack into Dorothy Height,” Stallard said, adding that the “W” in YWCA makes all the difference. “She taught me how to connect my head and my heart. She told me I was a leader.”

But Stallard said it was Height who helped people recognize the web of racism that afflicted society, and she taught people around her with grace and style – wearing hats that matched her dress, her purse and her shoes.

“She told us that if the time is not ripe, ripen the times,” Stallard said. “It’s extraordinary and really significant that this stamp goes on forever. We had almost 100 years with her.” 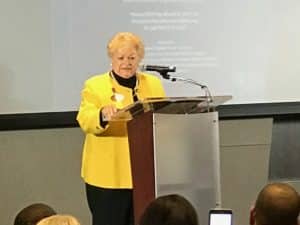 Previous Article
A generational walk through the health care debate
Next Article
Thrills, good fun make ‘Kong: Skull Island’ a delight in its own right