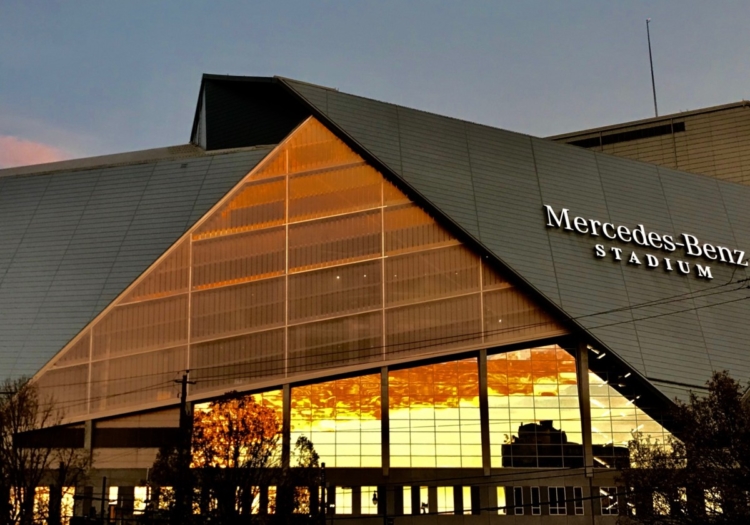 The Georgia Water Coalition on Thursday named Mercedes-Benz Stadium and Fulton County’s Board of Commissioners to the 2019 list Clean 13 Water Heroes. Terrapin Beer Co. in Athens made the list, as did Marine and Army veteran Truck Carlson in Augusta and state Rep. Debbie Buckner, a Democrat from Junction City. 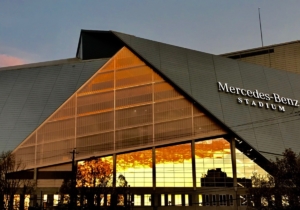 Mercedes-Benz Stadium on Thursday was cited as a Water Hero by the Georgia Water Coalition. Credit: Kelly Jordan
Photo by Kelly Jordan

Clean 13 represents the carrot side of the coalition’s carrot-and-stick approach to honoring positive contributions to Georgia waterways, while chastising polluters in its Dirty Dozen report, which typically is released later in the year. The coalition represents more than 260 groups representing environmentalists, outdoors interests and governments.

“Our coalition realized that, a lot of time, the only things that make it into the news are the doom and gloom when a waterway has a problem,” Jennette Gayer, executive director of Environment Georgia and one of the award presenters, said after a conference call with reporters.

“The reality is there are a lot of good stories,” Gayer said. “It is very important we talk about waters and the solutions we need, and we also need to lift up the people who are doing the right things.”

Mercedes-Benz Stadium was highlighted for its comprehensive approach to sustainable practices. The stadium is LEED-certified Platinum, and storm-water runoff is managed through a 200-million-gallon holding tank to prevent flooding of Westside neighborhoods and mitigate impact on Proctor Creek, according to the report.

Fulton County commissioners were recognized for adopting a program in July aimed at reducing the amount of single-use plastics consumed at county facilities. Fulton became the first government in Georgia to enact such a policy and it’s being considered as a role model in other jurisdictions, including Atlanta. 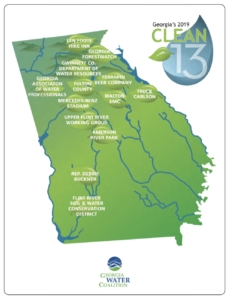 Buckner was honored for her leadership in environmental issues, including riparian rights, Joe Cook, Paddle Georgia Coordinator at Georgia River Network, said during the phone conference. Buckner walked 100 miles from her home to the state Capitol in 1990 to draw attention to a proposed hazardous waste incinerator, Cook said. The campaign helped derail the proposed incinerator and Buckner has since served in the House since her election in 2002.

Carlson was honored for devising a solution to two challenges – helping military veterans adjust to civilian life, and preventing plastic trash from reaching the Savannah River. Carlson helped establish Veterans for Clean Water, a group that regularly cleans litter traps on the city’s streams that are in place to capture plastic debris before it gets to the river.

Terrapin Beer Co. was selected for its comprehensive sustainability efforts. which start with water conservation. Beer production typically requires seven to 10 gallons of water to make a gallon of beer, according to the award. Terrapin has cut that amount to about four gallons. Other efforts include moving spent grain and yeast to the stream of livestock feed, and delivering beer only in recyclable aluminum cans packed in cases made of recycled paper.

Gayer said the theme running among the 2019 winners is their effort to protect Georgia’s water resources.

“This report is all about celebrating and lifting up the good actors for Georgia waterways,” Gayer said.

The water heroes are to be celebrated at a Georgia Water Coalition event March 12, 2020, at Mason Fine Arts Center, Cook said.

Note to readers: The entire list of honorees of the Georgia Water Coalition’s 2019 Clean Water Heroes is available at this page of the coalition’s website.