Sheepshead are sought by tourists and other anglers, as well as by the state's commercial fishing boats. Congress is considering a proposal to monitor the nation's commercial fisheries to ensure they can continue to provide jobs and sustenance. Credit: Georgia DNR, Bert Deener
Share4
Tweet
Share
Pin
Pocket
WhatsApp
Buffer5
Email
Reddit
9 Shares

Congress has advanced a proposal regarding fisheries and climate change, one that aims to help the nation respond to behavioral changes by fish as they seek to avoid warmer ocean waters and their higher levels of acids and lower levels of oxygen. 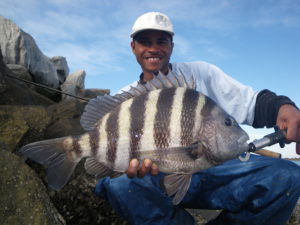 Sheepshead are sought by tourists and other anglers, as well as by the state’s commercial fishing boats. Congress is considering a proposal to monitor the nation’s commercial fisheries to ensure they can continue to provide jobs and sustenance. Credit: Georgia DNR, Bert Deener

These behavioral changes could have tremendous impact on the nation’s commercial fishing industry, to include those who rely on it for food and employment, according to the legislation. A northern migration, toward cooler waters, has been recorded since the 1980s, according to a 2018 federal report on climate change.

The Climate Ready Fisheries Act of 2019 calls on the nation’s top accountant to prepare a report on the preparedness of the nation’s fisheries to adapt to climate change. The report also is to suggest better ways to respond to the impact of climate change on fisheries.

The House Committee on Natural Resources completed its successful markup of House Resolution 4679 on Jan. 29. The House hasn’t set a date for a vote. Advocates hope it will be by the summer. The legislation intends to set in a motion a one-year deadline for the nation’s comptroller general to produce the mandated report.

The goal of the legislation is spelled out in its final words. The measure intends to inform future policies that are to:

Supporters on the Georgia coast have been tracking the measure, which was introduced in October 2019 by a Democratic congressman from Charleston, S.C., Rep. Joe Cunningham. 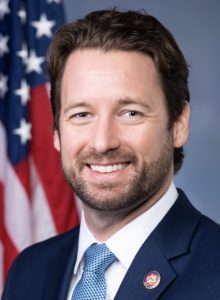 “Oceana congratulates Rep. Cunningham for his bill to help our fishing communities prepare for and adapt to changes in the ocean and fisheries caused by climate change, and we thank him for voting to maintain critical protections for endangered ocean wildlife,” Paulita Bennett-Martin, the Georgia field representative for Oceana, a national non-profit entity, said in a statement.

The hopes of advocates were lifted when the House committee completed its markup. Previously, odds of passage in the House weren’t predicted as favorable. The machines at Skopos Labs gave it just a 15 percent chance, according to a report on a govtrack.us, a non-governmental site that tracks federal legislation.

Cunningham is hopeful the House will pass the measure, and that the resulting report will set in motions efforts to improve both the fisheries and those who rely upon them – including groups the paper cites as, “Alaska Native and American Indian tribes, and fishing communities throughout the Nation.”

In a statement emailed Wednesday by his office, Cunningham said: 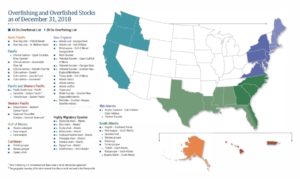 NOAA tracks species that have been overfished and are being overfished, including nine species in the Southeast that fall into these categories. Congress may call for an accounting of how fish change behavior as the climate changes. Credit: noaa.gov

No Georgia lawmaker cosponsored the paper. It has 16 cosponsors, including 13 Democrats and three Republicans from Florida, according to a report on the paper by congress.gov, an affiliate of the Library of Congress.

The premises of HR 4679 are based on the Fourth National Climate Assessment, released in 2018. The climate assessment observes that:

The federal government creates the assessment under provisions established in 1999 by then President George H.W. Bush’ administration. President Trump obstructed the release of the document and partisan debate surrounds planning for the report due in 2022, according to a Feb. 18 report by scientificamerican.com.