As state lawmakers consider a new proposal to secure the ash of coal burnt to create electricity, one line jumps out of a financial report by the Southern Co. – “The ultimate outcome of these matters cannot be determined at this time.” 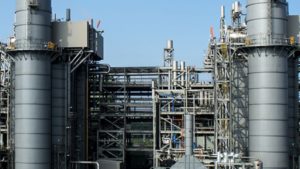 The language suggests that ongoing evolution in the regulatory landscape creates difficulties in devising accurate financial forecasts for handling the hazardous byproduct of coal-fired power plants.

Georgia Power recorded an increase of $3.1 billion in December 2018 for anticipated clean-up costs related to federal and state regulations on the management of coal ash, according to Southern’s comprehensive financial report, released Feb. 20, 2019. The 2020 edition of this annual financial report could be filed in the coming weeks.

Georgia Democrats seek to add an environmental regulation to the storage of coal ash through House Bill 756. The proposal would require landfills where coal ash is stored to be lined and have a system to collect fluids that leach out on the lined landfill.

The legislation would address concerns about waters that were cited in the 2019 Dirty Dozen report issued Nov. 14, 2019 by Georgia Water Coalition. The report contends coal ash ponds pollute drinking water in Monroe and Bibb counties; a coal ash disposal plan threatens the Coosa River; and rivers including the St. Marys are threatened by out-of-state coal ash that may be shipped into counties including Charlton.

HB 756 is sponsored by House Minority Leader Robert Trammell (D-Lutherville). The bill is pending before the House Natural Resources and Environment Committee. The committee isn’t slated to meet this week, as the week is to be dominated by joint meetings of House and Senate budget-writing committees to hear presentations of departmental budget.

Southern’s financial report highlights some of the regulations that now govern the management of coal ash, which the industry calls CCR, for coal combustion residuals. The list begins with a regulation enacted during President Obama’s administration:

Georgia Power’s anticipated costs are included in this section: