In honor of its 135th birthday, the Coca-Cola Foundation announced Thursday morning $35 million in new grants – including a $20 million fund to stop the spread of COVID-19.

The remaining $15 million will support local environmental and community organizations in the United States and Canada.

Coca-Cola will celebrate its birthday on May 8.

The $20 million “Stop the Spread” fund will go towards vaccine distribution, personal protective equipment and public awareness efforts. The Foundation will identify community initiatives that meet the requirements of its new Fund. 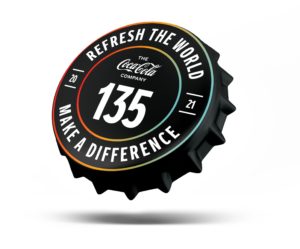 “We know the Covid-19 crisis is far from over,” said Bea Perez, chair of the Coca-Cola Foundation. “Last year, during the initial outbreak phase, we channeled over $56 million of relief funds to organizations positioned to mobilize quickly and provide aid and supplies to healthcare workers and populations. Now, as Covid-19 continues to impact communities around the world, this new fund will allow the Foundation to focus on supporting charities working to stop the spread of the virus.”

More than $6.6 million in grants have been awarded from the $20 million fund to stop the spread of Covid-19, including:

As Coca-Cola’s hometown, Atlanta is receiving more than its fair share in local, environmental and community support – with about $7 million of the $15 million going to Atlanta-based organizations.

The $15 million in grants made by the Foundation to community initiatives, included: