Coca-Cola names James Quincey as president and COO; stops short of saying he will succeed Muhtar Kent as CEO 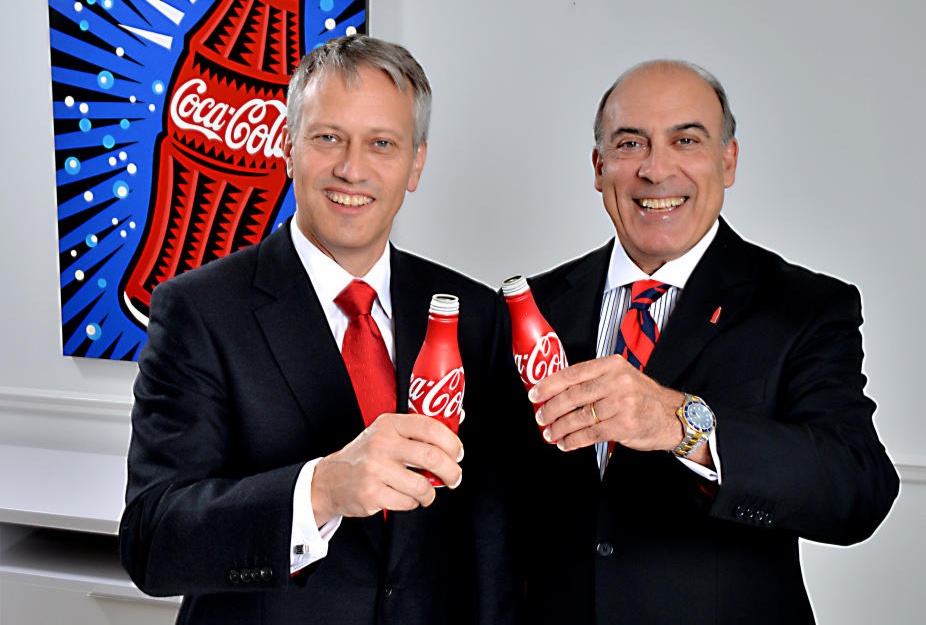 James Quincey, president and COO of Coca-Cola, stands with Muhtar Kent, chairman and CEO of the company (Special: Coca-Cola Co.)

The Coca-Cola Co. Thursday named James Quincey, president of its Europe Group who has spent 19 years with the soft-drink company, as its new president and chief operating officer.

“We haven’t had a president since 2007,” Coca-Cola’s Chairman and CEO Muhtar Kent said in a media conference call Thursday morning. “It’s great to have someone of James’ caliber to take over.”

But Kent stopped short of naming Quincey the heir apparent of the company.

“I think it is inappropriate to speculate on CEO succession,” said Kent, adding that the company has a deep bench when it comes to leadership. “The board was unanimously behind this decision. This was taken after long deliberations. It is an exciting day for us.” 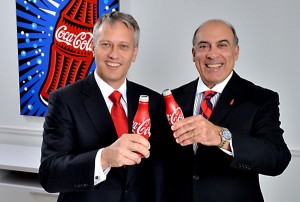 James Quincey, president and COO of Coca-Cola, stands with Muhtar Kent, chairman and CEO of the company (Special: Coca-Cola Co.)

When asked another question about the future leadership of the company, Kent gave a more nuanced answer.

“It’s in the very early days,” Kent said. “We have every intention to make this a great success and strong partnership.”

Kent, who will turn 63 in December, said the driving force behind the move was to help with the “global execution” of Coca-Cola’s plans for growth. Quincey has been president of the company’s European operations overseeing 38 countries, an area that Kent said was the most profitable in the company despite several challenges in the continent.

“In this new role, James will be responsible for all our operating groups,” Kent said., adding that Quincey was “emblematic” of the company’s deep leadership strength.

Quincey will report directly to Kent, who has been the company’s CEO since 2008, and the appointment is effective immediately.

The company said that Quincey. who began his career with the Coca-Cola company in Atlanta in 1996, will move from London to the headquarters later in the fall.

The fact that Quincey has not spent much time in Atlanta should not be a local concern, Kent said.

“I had only lived in Atlanta for a year or so before I came back in 2005,” Kent said. “I had not been back for 25 years. I spent my career living in different continents. There’s nothing unusual about that in the world of Coca-Cola. We always look for multicultural, multilateral talent.”

Kent then followed up by saying: “We are all deeply committed to our home of 129 years.”

When he first joined the company in 1996, Quincey, 50, was as director of learning strategy for the Latin America Group. He went on to serve a series of operational roles with increasing responsibilities in Latin America – and he became president of the South Latin Division in 2003.

“I was here in the 90s, and I look forward to getting re-acquainted with Atlanta,” Quincey during the conference call with reporters. “I certainly look forward to the warmer weather.”

Then Quincey, 50, addressed the issue of succession.

“I don’t think anyone is successful dreaming out the window about the next step,” he said. “I am going to be focused on this job.”

Quincey was born in London, but soon moved to Hanover, N.H. where his father was a lecturer at Dartmouth in biochemistry. When he was 5, the family moved to Birmingham, England and then he went on to study electronic engineering at the University of Liverpool.

“I was thinking that electronics was the future,” Quincey said. “Then I found out that other people were better at building semi-conductors and I was better in business.”

He then joined the Bain Consulting group and then went with a breakaway group from Bain and McKinsey to set up a new consulting firm called the Kalchas Group.

“I reached the point where I realized I could spend my whole career advising and not doing,” Quincey said. Just at that time, he was recruited by the Coca-Cola Co., where he has been ever since.

“I am excited and honored to take on this role and look forward to partnering with Muhtar and our talented senior leadership team to deliver on our 2020 Vision and help accelerate the strategic actions we’ve outlined to reinvigorate growth across our Company and system worldwide,” Quincey said in the company’s release

Concurrent to Quincey’s appointment, Ahmet Bozer, executive vice president and president of Coca-Cola International, will retire after a distinguished 25-year career in the Coca-Cola system.  Bozer will stay with Coca-Cola until March 2016, to ensure a smooth transition and serve as an adviser to Muhtar Kent and the Company on key strategic initiatives.

“During his more than two decades at Coca-Cola, Ahmet has made numerous contributions to our system,” Kent said in a statement. “As President of International, he was instrumental in leading both the recent streamlining of our international business and the evolution of key bottling operations in Africa and Western Europe.  In addition, he has led the sustained growth of many of our key developing markets throughout Eurasia and Africa, and has played an important role in reinvigorating growth in critical Asia Pacific markets.”