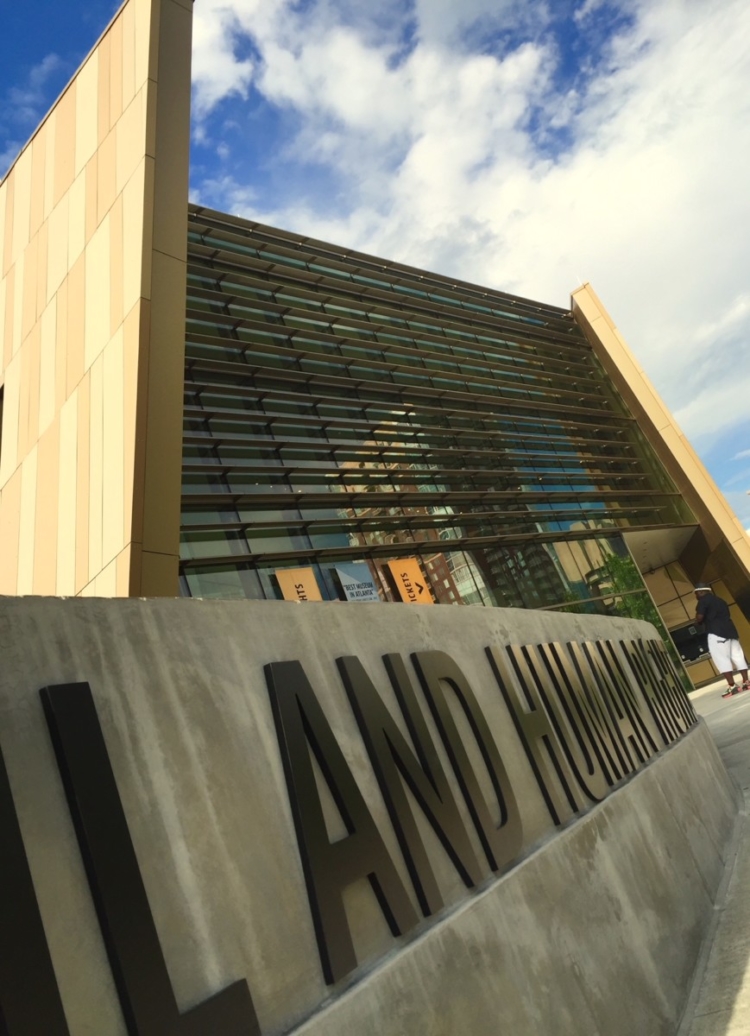 The collaboration between the Center for Civil and Human Rights and RCE Greater Atlanta works because of the organizations' shared interests. Credit: Kelly Jordan

While it’s not the official cola sponsor of the NFL, Atlanta-based Coca-Cola wants to be sure people attending and watching the Super Bowl will feel its presence.

Right before the kick-off of the “Big Game,” the company will air a new animated ad – inspired by a 1975 quote by pop artist Andy Warhol – that celebrates inclusion, diversity and togetherness.

In a similar vein, The Coca-Cola Co. (NYSE: KO) also announced Thursday that it is making a $1 million contribution to the Center for Civil and Human Rights to enable as many as 50,000 guests to have free admission to the Atlanta attraction between Jan. 28 and Feb. 28. 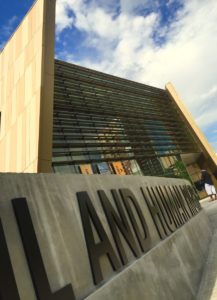 The Center for Civil and Human Rights (Photo by Kelly Jordan)

“There is no better way to celebrate this exciting moment in Atlanta’s history than to give back to our hometown,” said Helen Smith Price, president of the Coca-Cola Foundation. “We are proud of our city’s remarkable civil and human rights history and are pleased to offer residents and visitors alike the opportunity to learn more about how diversity, inclusion and unity are central to the story of modern Atlanta.”

Coca-Cola is in an awkward spot with the Super Bowl being held in Atlanta – its hometown – because Pepsico Inc. (Nasdaq: PEP) is the official exclusive cola sponsor for the National Football League. In fact, in a press release announcing its new ad, it never mentioned the Super Bowl – choosing to call the event “the Big Game.”

Even though Pepsi is the NFL cola sponsor, Coca-Cola has produced Super Bowl ads for the last 13 consecutive years. And the company certainly wasn’t going to let the “Big Game” come to Atlanta without making a splash.

“Atlanta is certainly our home town,” said Brynn Bardacke, vice president of content and creative excellence for Coca-Cola North America, in an interview. “We feel it’s an opportunity to show off this great city. It is in keeping with brand’s values of inclusion. We are happy to welcome Pepsi to Atlanta and all the visitors.”

The company chose to air its new “A Coke is a Coke” ad just before the singing of the national anthem — to be performed by Gladys Knight — during the Feb. 3 Super Bowl at Mercedes-Benz Stadium.

The company’s theme of “Together is Beautiful” is the latest chapter of the company’s 133 years of messaging.

“There’s a democratic truth of a Coke is a Coke is a Coke,” Bardacke said. “It’s a brand for everyone. Given that the Game is in Atlanta, we wanted to make a tangible demonstration of those values.”

In a release, Stuart Kronauge, president of the sparkling business unit and senior vice president of marketing for Coca-Cola North America, elaborated on that theme.

“Coca-Cola is a brand built on optimism, diversity and inclusion,” Kronauge said. “We have a long history of using the country’s biggest advertising stage to share a message of unity and positivity, especially at times when our nation feels divided. This year, we decided to place our ad just before the national anthem as Americans come together in their living rooms to remind everyone that ‘together is beautiful.’”

The ad – “A Coke is a Coke” – was created by Wieden+Kennedy of Portland, the ad agency behind the recent series of “Big Game” spots highlighting diversity and inclusion. It was animated by Psyop.

The Coca-Cola Co. is the second Atlanta-based company to make the city’s civil rights history more accessible to Super Bowl visitors. Delta Air Lines Inc. (NYSE: DAL) made an $83,500 gift so that the National Park Service could open the doors of the Martin Luther King Jr. National Historic Park for 16 days – from Jan. 19 through Feb. 3. The park, which includes the Historic Ebenezer Baptist Church and Martin Luther King Jr.’s birth home, had been closed due to the federal shutdown.

It made the announcement at the Salute to Greatness gala on Jan. 19 at the Hyatt Regency Atlanta as a way of supporting organizations dedicated to promoting King’s legacy and the cause of understanding.

As Price said during a telephone interview: “We want our visitors to understand what a special place this is.”

Previous Article
Tax credits for private schools: the new lieutenant governor is a fan, but they remain controversial
Next Article
Why save it? Just pave it – a conservation easement at risk in Morgan County