Coca-Cola’s Neville Isdell and wife, Pamela, give $3 million to homeland

Former Coca-Cola Chairman and CEO Neville Isdell and his wife Pamela Isdell have donated $3 million to the World Wildlife Fund and the Nature Conservancy to support conservation in Zambia and Namibia.

“We were brought up in Zambia, and we have lived more of our lives in Africa than anywhere else,” Neville Isdell said in a telephone interview late Tuesday evening. “We really wanted to give back to Zambia.”

Isdell also said his family wanted to support the efforts of the Fund and the Nature Conservancy to “bring about reform” in the areas of conservation and game management in Africa.

The Isdells have supported conservation work in Africa for more than 30 years. They announced their gift during an event, hosted by Zambia Vice President Guy Scott, that marked the launch of the Zambian Parliamentary Conservation Caucus in Lusaka. 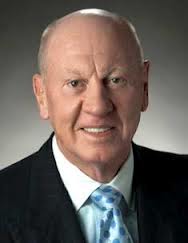 During a speech on behalf of his family, Isdell talked about his family’s emotional attachment to Zambia.

“For us, though, this is not just about the money. It is a very emotional statement of what Zambia means to us,” he said. “This gift reflects our determination to help the people and wildlife together to live in harmony for the benefit of all of Zambia.”

“We are pleased that our involvement can be part of this transformational time in Zambia,” she said. “I hope our giving will inspire others to support a country that has meant so much to us.”

Isdell, a native of Ireland, moved to Zambia as a child.

“We both arrived in Lusaka with our parents in 1954, aged 10 and 8 respectively,” Isdell said. “We were educated in Zambia, married in Zambia. I played rugby for Zambia. Not only did we start businesses here but this is where I started my long career with the Coca Cola Co. Zambia molded us. This gift reflects that, plus our determination to help the people and wildlife live together in harmony for the benefit of all of Zambia.”

The gift includes $2 million to the World Wildlife Fund with $1 million going to support conservation and tourism initiatives throughout the Kavango Zambezi Transfrontier Conservation Area (KAZA), an area that encompasses 109 million acres of five southern Africa countries — Angola, Botswana, Namibia, Zambia and Zimbabwe. It is home to nearly 50 percent of Africa’s total elephant population as well as a diverse array of other species.

The greatest emphasis of the Isdells gift is in Zambia where their contributions will empower communities to manage their wildlife and to engage in tourism and other wildlife-based activities aimed at improving local economies.

Isdell is also lending his voice to push for wildlife policy reform in Zambia.

Neville Isdell visited the capital Lusaka last week to attend the launch of the Zambian Conservation Caucus—a group of parliamentarians who aim to increase awareness about the benefits of conservation, including its links to economic development, and promote improved and more innovative conservation policies in the country. The Caucus marks a promising step forward for wildlife in this southern African nation.

Previous support for Zambia from the Isdell family has advanced the government’s anti-malaria efforts through the Isdell Flowers Initiative, and conservation of the Wattled Cranes through the International Crane Foundation.

The Isdell family has also supported the Chimfunishi Reserve Project, Luangwa Game Reserve activities through Bird Life International, and more recently through Peace Parks Foundation, the provision of a microlite and hanger for anti-poaching activities in Sioma Ngwezi National Park.

The Isdell family has been associated with WWF and the Nature Conservancy’s conservation work worldwide for three decades. Currently, Neville Isdell chairs the board for WWF-US, while his wife Pamela is a board member for The Nature Conservancy in Georgia, USA.

Vice President Scott paid tribute to the Isdell family for their generosity and continued support to Zambia and emphasized the government’s commitment to creating an enabling environment for conservation in the country.

Speaking on behalf of the grantees, WWF Zambia Country Director Professor Patrick Matakala thanked the Isdell family for the donation. Prof. Matakala observed that the respective grants will strengthen the work of TNC and WWF in support of conservation by contributing to policy reform, on-the-ground management interventions including wildlife aerial surveys and building resilient local institutions and natural-resource-based economies.

“This gift will have a profound, far-reaching impact in Zambia. It helps catalyze collaboration and renew focus on the benefits that preserving nature brings to local communities,” said Matt Brown, the Nature Conservancy’s director of conservation in Africa.

In the telephone conversation, Isdell said he is continuing to dedicate his life to nurture “Connected Capitalism,” except now he is doing it more from the nonprofit side rather than from the corporate side.