The consumer reach of Coca-Cola’s largest bottler will nearly double through the European bottler’s acquisition of an Australian bottler that sells alcoholic beverages and has access to growth markets in Asia and Indonesia, a bond rating company reported Monday. 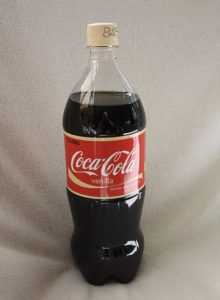 Australian Vanilla Coke has been a mainstay since at least 2008 in the mature Australian market. Credit: Kommissar todd06 at English Wikipedia

The Atlanta-based Coca-Cola Co. owns 30.8% of the Australian bottler, CCA, that’s being acquired by the European bottler, CCEP, according to a report by Moody’s Investors Service. CCA is not one of Coke’s top five bottlers, according to Coke’s most recent federal filing.

The acquisition continues the cross-border expansion of the European bottler that operates in 13 countries, including Andorra, Belgium, continental France, Germany, Great Britain, Spain and Sweden.

This territory emerged from the consolidation in 2016 of three entities to create CCEP. Moody’s analysts cited the experience as a success that proved an ability to merge assets in countries that don’t share a border. In the rating statement, analysts observed:

The acquisition of CCA brings under CCEP’s umbrella the potential for market growth in Asia and Indonesia, plus the mature markets of Australia and New Zealand. Moody’s analysts observed in the rating:

Still, analysts indicated CCEP leadership has work ahead to expand the market:

This is a complex deal. Moody’s analysts outlined considerable risks and potential rewards.

For starters, the acquisition involves exposure to foreign currency exchange rates. Most of the debt will be raised in euros and dollars, while 20 percent of the consolidated revenues will be generated in other currencies, according to Moody’s rating action.

Moody’s analysts warned investors of rising risks at CCEP by downgrading its credit rating. Moody’s dropped the rating by one notch, from the lower band of investment grade (A3) to the upper band of medium grade (Baa1).

The outlook is stable, as analysts expect consumption to return to pre-pandemic levels this year in Australia, and in 2022 in Europe. Rising returns are expected to provide cash flow approaching €800 million by 2022, which will enable the company to pay down debt. A euro was valued at $1.202 on Thursday afternoon.

The acquisition has been in the works since Oct. 26, 2020, when the European bottler announced its non-binding bid to acquire CCA. The rating action was initiated by the April 16 announcement by CCA its independent shareholders had voted to sell to CCEP.

Moody’s placed the enterprise value of the deal at a total of about €6.9 billion. The sum includes the €5.9 billion acquisition of Coca-Cola Amatil Limited by Coca-Cola European Partners plc. In addition, the European bottler will assume €1 billion in net debt of the Australian company, according to Moody’s rating action.