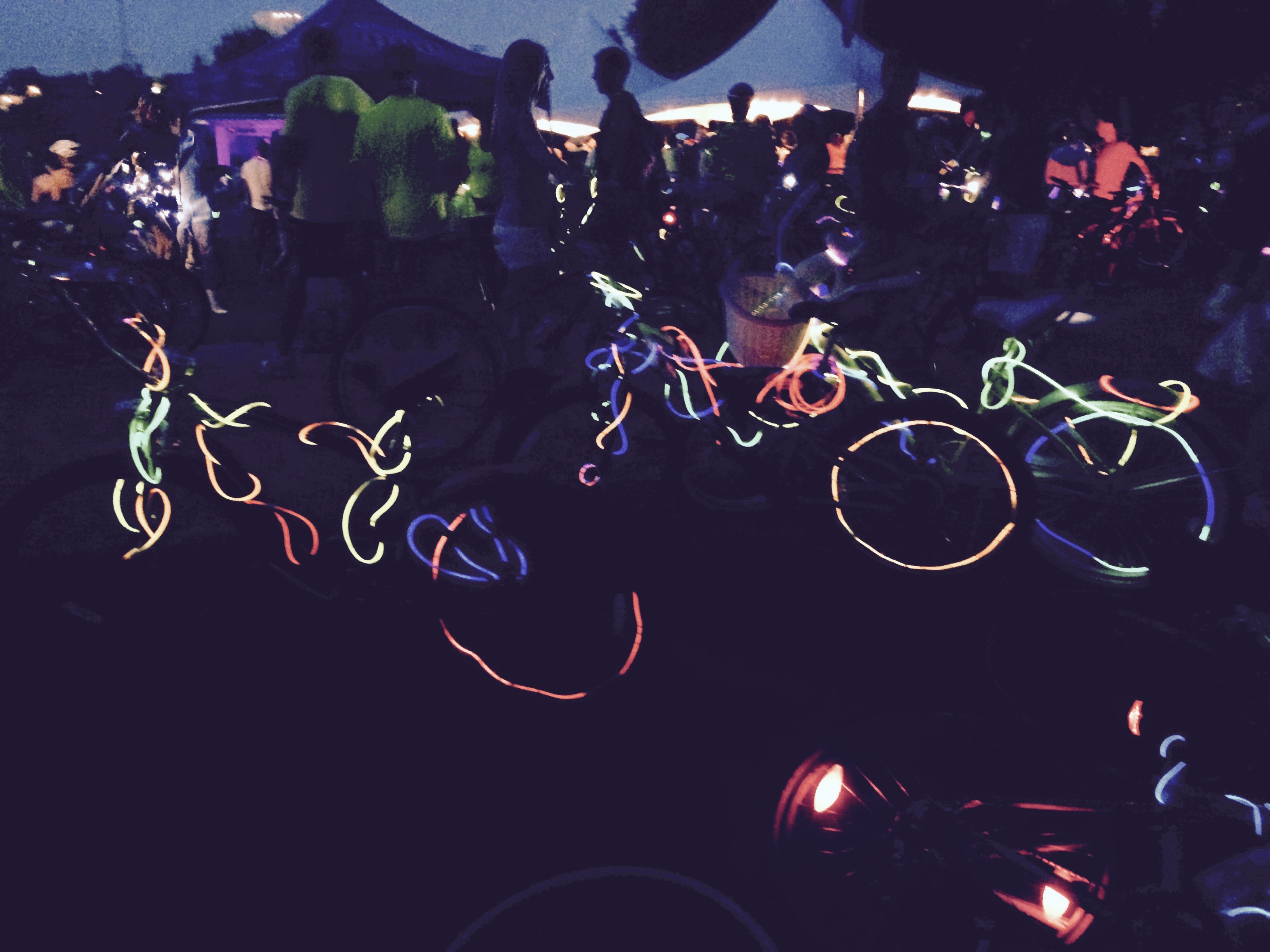 Living in Midtown can be full of pleasant surprises.

Friday night was no exception. 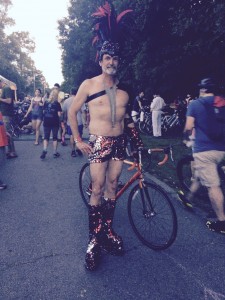 The most colorful outfit had to be this one The guy admitted that the platform boots made it hard to pedal. (Photos by Maria Saporta)

Thousands of cyclists – adorned in a colorful variety of costumes and outfits – gathered at Piedmont Park along 10th Street along the meadow for the 3rd Annual Atlanta Moon Ride.

The more ambitious cyclists had decorated their bicycles – often in matching colors and lights to whatever the rider was wearing.

In some ways, it reminded me of a BeltLine Lantern Parade on wheels. But perhaps the similarity was having thousands of Atlantans congregate in our central city without the metal cover of a car separating people from each other.

No – this was togetherness – Midtown Atlanta style.

My friend, neighbor and colleague – Amy Wenk – commented how people look more attractive on bicycles. It’s so true. It was an evening of spontaneity. Had we been planning ahead, maybe we would have registered and gotten on our bicycles and joined them for the 6.5 mile night ride that took off at 10 p.m. from Piedmont Park.

Yet we were content to watch the rolling spectacle – to take in the Moon Ride (under the low beam of a new moon) – as riders of all kinds filled our Midtown streets. 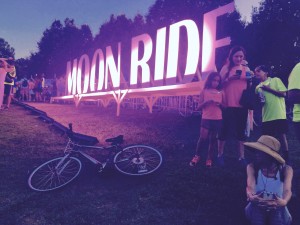 As people gathered in the meadow, many got their pictures taken in front of the big Moon Ride sign (Think Hollywood sign)

“This is much bigger than last year,” said one cyclist who rode up moments before the ride was about to take off.

We heard that there had been 2,300 registered riders about an hour before roll-off. That undoubtedly was a conservative number when once the ride started, the bicycles kept coming. It would have been super easy for anyone to just join the ride without registering (but what fun is that?).

Standing in front of the Park Tavern, we kept seeing more and more bicycles ride by with no end in sight until finally and Atlanta police officer told the stragglers that the police escort had left them behind.

But it didn’t seem to matter.

For one night in Midtown, the cyclists owned the road. 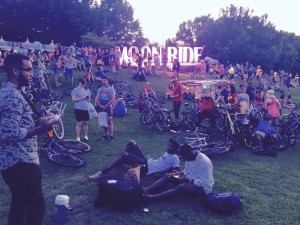 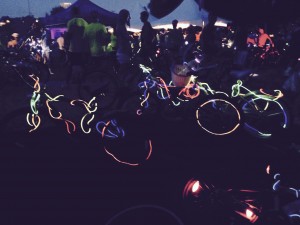 Bicycles took on a neon look

Bicycles took on a colorful glow 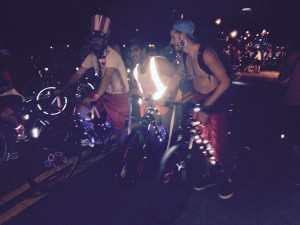 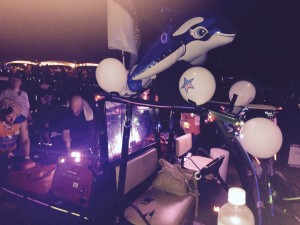 One of the decorated vehicles accompanying the Moon Ride 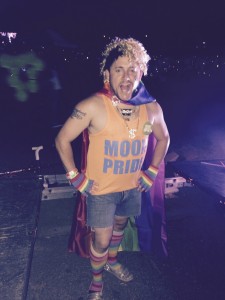 Mr. “Moon Rider” got to travel in style in one of the golf carts 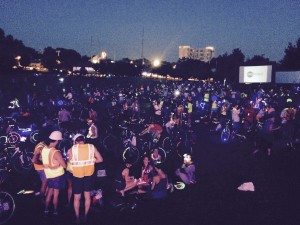 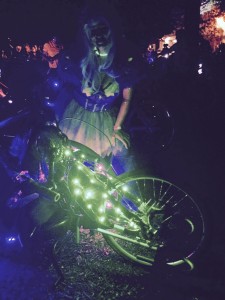 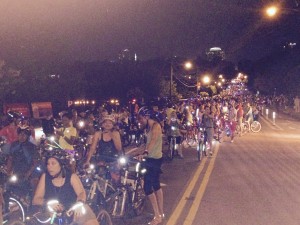 Cyclists line up on 10th Street waiting for the Moon Ride to take off. The event attracts thousands of cyclists – as far as the eye can see