By Maria Saporta
As published in the Atlanta Business Chronicle on April 22, 2016

Michael Privette, who has served as the executive director of the American Heart Association’s Atlanta division for the past five years, is being promoted to a national role – as AHA’s nation director of the Go Red for Women Campaign – beginning July 1. 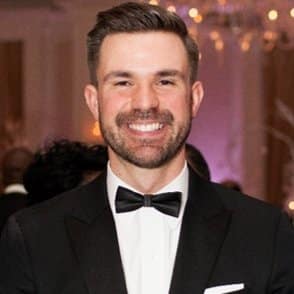 “Under Michael’s tenure as executive director, the Atlanta market has increased its fundraising results by 52 percent,” wrote Aaron Bishop, senior vice president of AHA’s Greater Southeast Affiliate, in an email.

Privette said the last five years running the Atlanta division “have been more formative and life changing than I can possibly articulate.” He went on to thank everyone who had worked with him. “Your leadership and your support are making a difference in this community we call home, and I see such hope and possibility on the horizon as Atlanta continues to lead the country in this fight against heart disease and stroke.”

In his new role, Privette will continue to be based in Atlanta, but he will be traveling most of the time. Bishop already has launched “an extensive search” for Privette’s successor.

The 100 Black Men of Atlanta Inc. has named Don C. Vassel as its new CEO.

The nonprofit, which is focused on education and economic empowerment, named Vassel to lead the organization that turns 30 years old this year.

He succeeds John Grant, who left last fall to become the executive director of the new Celebration Bowl. 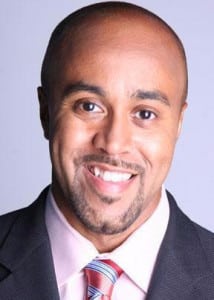 “Don is the right leader at the right time for our organization,” said William Lamar, chairman of 100 Black Men of Atlanta. “He will build on the solid foundation we have achieved over the past 30 years and help lead us to greater success with his innovative ideas and management expertise.”

Vassel, a New York City native, has lived in Atlanta since 1998, most recently served as vice president of strategy and innovation for ADP’s $2 billion national accounts division. He also served as president and CEO of Cinema Screen Media, a digital entertainment and advertising company.

“I’m honored to have been chosen to lead such a storied organization and to partner with a strong group of accomplished men who are committed to investing their own time and resources to effect real change in our community,” Vassel said in a statement. “I am confident that the 100 BMOA’s investment in Project Success, our flagship program, will continue to provide the necessary tools for underprivileged youth to achieve their dreams now and in the future.”

Aaron James, a veteran development professional, has joined the East Lake Foundation as its vice president for development. In his new role, James is creating and implementing a five-year development strategy and lead the Foundation’s development team. 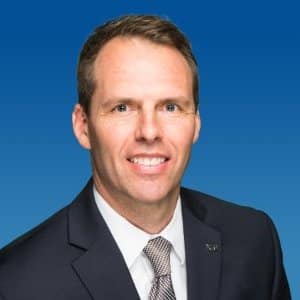 Most recently, James served as vice president of development and education at the Georgia Aquarium, where he managed its annual, capital, planned giving, and sponsorship program.

Prior to the Georgia Aquarium, James worked in development, admissions and financial aid roles for a variety of independent schools across the country.

“We are very excited to have Aaron join our East Lake Foundation team,” said Daniel Shoy, Jr., the Foundation’s president. “His experience and proven record of success in development and education will translate well to the holistic community revitalization work we do in the East Lake community.”

Mark Rosenberg and the Task Force

For more than 15 years, Mark Rosenberg has been the president and CEO of the Task Force for Global Health – growing the organization into the fourth largest nonprofit in the country. 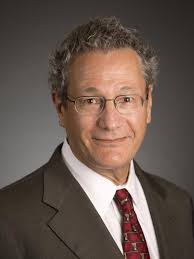 On April 18, Rosenberg was honored in a “This is your life” retirement dinner at the Emory Conference Center – full of photos from childhood and college when he sported an Afro-hairstyle.

At the dinner, Rosenberg sandwiched between his mentor and predecessor – Bill Foege, and his successor – David Ross. His wife, Jill, as well as his two children and grand-children were part of the festivities, which included a band with his administrative assistant – Lisa Valente – on drums.

“I’m leaving the Task Force at a very good time,” Rosenberg told his friends and colleagues. “I’m leaving it in such good hands. I’m leaving to design the next phase of my life – focused on family.”

Carol Tomé, chief financial officer for the Home Depot, received the lifetime achievement award from Womenetics – crediting much of her success to networking as well as hard work. 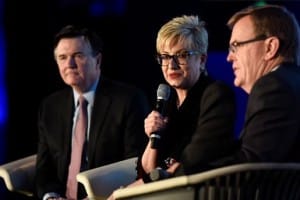 She was joined on stage by two executives who benefitted from her success – Dennis Lockhart, president of the Federal Reserve Board of Atlanta; and Dave Abney, CEO of UPS. Tomé chaired the Atlanta Fed’s board for five years; and she has served on the board of UPS since 2003.

“I remember one Thursday when she was the chair of the Metro Atlanta Chamber,” Lockhart said. “Leadership getting people to do things that they certainly do not want to do. She called a Chamber meeting at 6 am. so she could be at a Fed meeting at 8 p.m. By 9 a.m. she had fixed transportation and a lot of other issues.”

Tomé talked about how her life pivoted when she thought of the words that would be on her tombstone. Instead of it saying: “She worked hard,” Tomé decided it should say: “She made a difference.”

Column: Chronicle of Philanthropy article features Atlanta nonprofit leaders
See what kids can become if they are not hungry