In its annual giving program, the Atlanta Women’s Foundation in June awarded $410,000 to 18 organizations serving metro Atlanta women and girls.

The foundation has unveiled its new tagline – “Breaking Cycles. Building Women.” That is the final piece of the foundation’s rebranding, according to Kelly Dolan, AWF’s executive director.

Both the grants and the tagline reflect the new emphasis of the foundation to address the core issues faced by girls and women impacted by poverty in the five major metro Atlanta counties – Clayton, Cobb, DeKalb, Fulton and Gwinnett.

The organization decided that breaking the cycle of generational poverty should become the focus of its efforts after conducting a strategic plan and research in 2012.

In the five-county metro area, between 26 percent and 36 percent of single female-headed households live below the poverty rate. The foundation supports organizations that lift women and girls up and out of poverty by increasing their access to services and opportunities for advancement.

“Grantmaking is a critical component of AWF’s mission-driven activities, and we are excited to work with this year’s outstanding organizations,” Dolan said. “Supporting the work of women- and girls-serving nonprofits in metro Atlanta is key to ending generational poverty in our community.”

About 320,000 women and girls live in poverty in the five metro Atlanta counties, and the foundation is seeking to build support for proven solutions that can break the cycle of generational poverty. That explains the meaning behind the new “Breaking Cycles. Building Women” tagline.

Since its inception in 1986, the foundation has invested more than $12 million in Atlanta-area nonprofit organizations that have served women and girls living in poverty.

Former Atlanta Mayor Andrew Young, who has received almost every award ever given in the city, received an honor on June 30 that no one has ever received before: He was made the first honorary member of the Rotary Club of Atlanta.

“I’m not aware that we’ve ever had an honorary member before,” said Linda Glass, the club’s executive director.

Young was Rotary’s speaker that day, when he was joined in the audience by one of his closest friends – Charlie Loudermilk. He was introduced by Atlanta portrait artist Ross Rossin, who said Young did not need an introduction.

“If you do not know who he is and what he has done for this city, you do not belong in this club,” Rossin said.

Young’s talk was a retrospective of Atlanta and what had made the city stand out in the South while other cities were being torn apart by divisive race relations. He credited the business community and the Atlanta University Center institutions being willing to find common ground and for developing “the Atlanta Way” of addressing problems. (See photos in The Insider, Page 8A.)

He quoted his fellow civil rights associate, Martin Luther King Jr., who said: “Either we will learn to live together as brothers and sisters or we will perish as fools.”

The Rotary meeting also was the last with Robert Balentine as president. He passed the gavel to builder Tommy Holder, whose first act was to thank Balentine for being a “great presence every Monday.”

“I look forward to deepening connections with artists, patrons and audiences and continuing to strengthen the Center’s commitment to high-quality exhibitions and its reputation as a leader for bold ideas and experimentation.”

Georgia Trust adds to board

The Georgia Trust for Historic Preservation has elected six new members to its board, each serving for three-year terms.

Justin Krieg of Columbus: He is the director of planning and programs at Historic Columbus, where he administers local, state and federal preservation incentive programs for owners of historic properties.

John Sheftall of Columbus: He is a partner of the law firm of Hatcher, Stubbs, Land, Hollis & Rothschild. A native of Macon, he has been actively involved in historic preservation, as well as researching, writing and speaking on a variety of historical topics for more than 30 years.

David A. Smith of Atlanta: As an attorney, Smith specializes in worker’s compensation defense. He is a member of the State Bar of Georgia, the Atlanta Bar Association, the Lawyers Club of Atlanta and the Georgia Defense Lawyers Association.

Susan M. Turner of Atlanta: She is acting principal-in-charge of the historic preservation practice area at Lord, Aeck Sargent, an architectural and design firm in Atlanta. She also serves on the board of Easements Atlanta.

Lisa L. White of Savannah: She is on the board of the Georgia Humanities Council, the Ossabaw Island Foundation, the University of Georgia Libraries, the Georgia Writers Hall of Fame, the Georgia Civil War Heritage Trails and the City of Savannah Cultural Affairs Commission.

Susannah Maddux of Macon: She was elected chairman of the Hay House Council and will serve as an ex-officio trustee for the coming year. She owns Goods Public Relations and is involved in several civic organizations.

Delliquanti is an arts administrator and educator who has held positions at the Orange County Museum of Art, Peabody Essex Museum, Minneapolis Institute of Arts, Greater Minnesota Housing Fund, Emory University Libraries, and most recently as curator of art|DBF at the Decatur Book Festival and head of Public Programs & Community Engagement at the High Museum of Art. 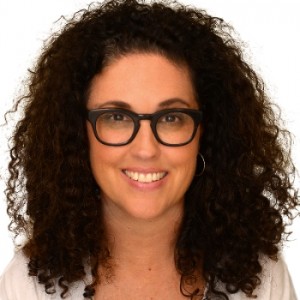 She is known for pioneering inventive approaches to exhibition development and audience engagement while improving accessibility to contemporary art and artists. Delliquanti received her B.A. in Art Education from California State University Long Beach and holds an M.S. in Arts Administration from Boston University.

In her role at ACAC, Delliquanti will focus on advocacy, fundraising, elevating the visibility of the center and managing its day-to-day business operations. She will also lead the implementation of ACAC’s Capitalization Plan, which recently received funding through the Metropolitan Atlanta Arts Fund.

“It is an incredible opportunity and privilege to be selected to lead Atlanta Contemporary Art Center — an organization I consider to be one of the city’s most important cultural assets, and one that has actively supported contemporary expression for more than 40 years,” Delliquanti said. “I look forward to deepening connections with artists, patrons and audiences and continuing to strengthen the Center’s commitment to high-quality exhibitions and its reputation as a leader for bold ideas and experimentation.”

“We feel fortunate that our top candidate has actually been living right here in Atlanta for the past seven years, but comes to us with worldly experiences,” Schrager said. “ACAC, having achieved incredible goals in the past couple of years, is now poised to reach new heights and I am very confident that we will be successful in doing so with Julie in this leadership position.”

Previous Article
Commuter rail from Atlanta to Lovejoy is: ‘The Little Engine That Could’
Next Article
Dad’s Garage Theatre to open doors in Old Fourth Ward in late 2016