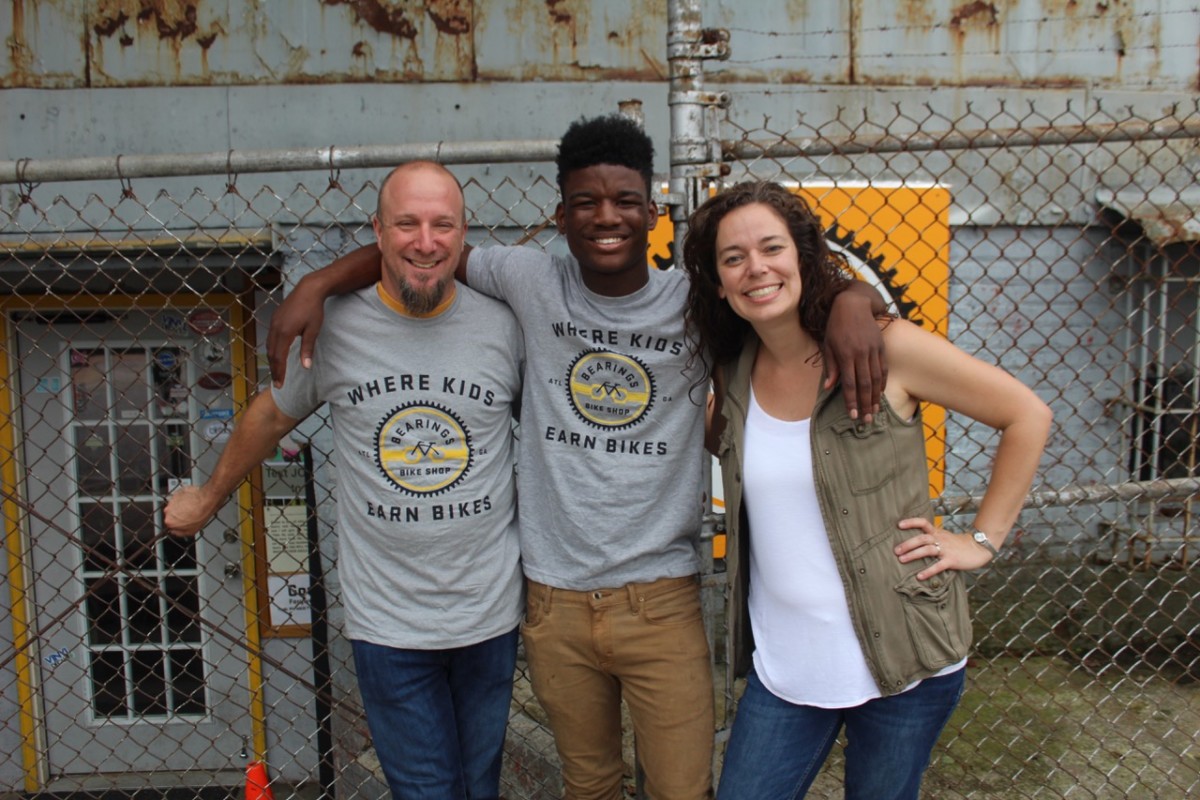 As published in the Atlanta Business Chronicle on May 25, 2018 A $2.25 million capital campaign for the Atlanta nonprofit organization Bearings Bike Shop has received a major boost – a $300,000 grant from the Joseph B. Whitehead Foundation.

By Maria Saporta
As published in the Atlanta Business Chronicle on May 25, 2018

A $2.25 million capital campaign for the Atlanta nonprofit organization Bearings Bike Shop has received a major boost – a $300,000 grant from the Joseph B. Whitehead Foundation.

The campaign is the first phase of a project to renovate four buildings – a total of 15,000 square feet – at Bearings Bike Shop’s home at 982 Murphy Ave. S.W. in Adair Park, a neighborhood in southwest Atlanta south of Interstate 20.

“We purchased the property last June,” said Tim O’Mara, who co-founded Bearings Bike Shop with his wife Becky nearly a decade ago. “The buildings are pretty beat up.” 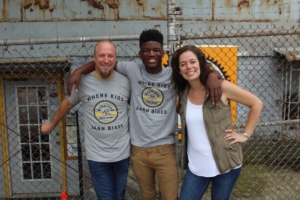 As published in the Atlanta Business Chronicle on May 25, 2018
A $2.25 million capital campaign for the Atlanta nonprofit organization Bearings Bike Shop has received a major boost – a $300,000 grant from the Joseph B. Whitehead Foundation.

Tim O’Mara said the nonprofit’s aspirational goal is actually $3 million, which would be enough to completely renovate all four buildings, which includes open work spaces where young people can work on bicycles and earn points so they eventually can “buy” a bicycle.

“We have raised $1.2 million so far,” said O’Mara, who describes how they ended up starting the nonprofit by accident.

When the couple moved to Adair Park in 2009 and were renovating their house, they began to get to know the kids in the neighborhood. One day, a young girl asked if she could earn money to get new tires for her worn out bike. After a few weeks of doing chores, she had earned enough money for the tires. But instead of buying her new tires, the O’Maras spent an extra $10 and bought her a new bike.

Soon other neighborhood kids wanted to know how they could earn a bike.

“We couldn’t keep up with all the kids coming to the house,” he said.

Then they came up with an idea. Becky O’Mara had co-workers who lived in the suburbs and had old bikes. So they started asking people to donate the bikes for kids in Adair Park. The kids then had to earn the bikes by picking up trash in the neighborhood and doing other chores.

The O’Maras realized the program was helping the kids become contributing members of the community – steering them away from crime and violence while building their self-confidence and learning life skills.

“It’s fun,” said O’Mara, who sounds somewhat amazed by the turn of events in his life.

But he added that while he and his wife get the credit for starting the nonprofit, the real leaders have been the kids themselves, who were the inspiration the idea and showed them how they could contribute to the community.

Cristo Rey Atlanta Jesuit High School graduated its first class of 125 seniors on May 19, and the school had much to celebrate: 100 percent of the graduates have been accepted into college. As a class, they received letters of acceptance from more than 150 colleges and universities. They also have been awarded at more than $12 million in scholarships and financial aid.

In an email, Cristo Rey Atlanta President Bill Garrett said more than 1,500 guests attended the graduation, and many were brought to tears – celebrating the accomplishments of the students, nearly all of them who come from disadvantaged backgrounds.

Cristo Rey requires that all its students take at least one advanced placement course by their Junior year and at least three by graduation. They also are required to work 40 days a year in a corporate setting.

The school has much to celebrate. After only two years in operation, the school was able to raise $30 million to move to a renovated downtown office building and a new assembly hall and athletic facility – allowing the school to expand to all four years of high school.

Garrett said the investment made by the Atlanta community is already paying dividends – making a difference of more than 500 students for years to come.

For its 70th anniversary celebration, Visiting Nurse Health System of Atlanta had former Vice President Joe Biden as its keynote luncheon speaker on May 17 at the Whitley Hotel.

Biden spoke from his heart, not only about losing his son – Beau Biden – to cancer, but of his many encounters with the health-care system from his grandparents, his parents and the loss of his first wife and his daughter in a traffic accident in 1972, one that injured both his sons.

“If there are any angels in heaven, they are nurses,” Biden said. “You are the most under-rated profession all the world.”

Visiting Nurses is Georgia’s largest nonprofit provider of home health care, aging services and hospice care for both adult and pediatric patients. It has 700 employees and 200 employees that work with more than 6,000 patients and their families each day in the 26-county metro Atlanta areas.

Visiting Nurses was founded in 1948 with two nurses. It then started Hospice Atlanta in 1975 to provide end-of-life care for individuals and their families.

In his talk, Biden said that hospice nurses prepare families for what is coming when a loved one approaches death.

“What you do for families is outstanding,” Biden said. “What I don’t understand is how you have so much empathy, so much caring and how you handle it. You are truly remarkable.”

Given his experiences, Biden and his family started the Biden Cancer Initiative – “to bring the urgency of now” to the fight against cancer.

They have identified 204 different kinds of cancer,” Biden said, adding that modern medicine has made great advances in the treatment of many. “There’s so much opportunity to make things better,” he said.

The Kiwanis Club of Atlanta will have its 100th official birthday on May 27. But the Club, which meets on Tuesdays, decided to celebrate five days early. 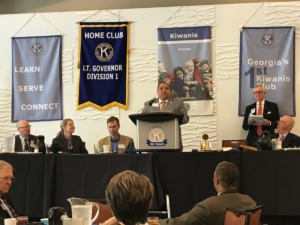 The first Kiwanis Club of Georgia was chartered on May 27, 1918 with 43 members.

Current Kiwanian Magen McRoberts, a self-described millennial, envisioned the Club in 2118. “A hundred years from now, someone will be standing here while robots serve our food and half watch by teleconference.”