By Maria Saporta
As published in the Atlanta Business Chronicle on January 15, 2016

The Arthur M. Blank Family Foundation is adding non-family members to its board for the first time since its founding in 1995.

The four new associate directors, who officially joined Jan. 1, are well-known civic leaders with ties to Atlanta. They are:

* Bill Bolling, founder of the Atlanta Community Food Bank who served as a director of the now-dissolved Atlanta Falcons community advisory board;

* Rosalind Brewer, president and CEO of Sam’s Club and chair of Spelman College’s board of trustees; and

* Elise Eplan, principal of the Eplan Group, who started work for the Blank Foundation in its early days and served as vice president of special initiatives until 2009 when she started her own firm. 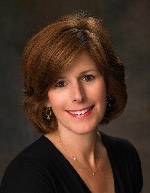 “The time was right,” said Arthur M. Blank, chairman of the foundation. “The work of our foundation is growing, and we believe the combined talent, breadth of experience and demonstrated commitment to service of these individuals will elevate our current work and allow us to do even more.”

The announcement happens at a time when Blank is shifting roles with his business ventures. He has hired Stephen Cannon, until recently CEO of Mercedes Benz USA, to serve as the CEO of AMB Group LLC, which includes all of Blank’s business interests, such as the Atlanta Falcons, the PGA TOUR Superstore and the Mountain Sky Guest Ranch.

But Blank has said that while he was cutting back on the day-to-day duties of running his business ventures, he wanted to be able to devote more time to his philanthropic interests.

“This is the first time that there have been non-family members on the board other than me,” said Penny McPhee, president of the Blank Foundation, in a telephone interview. “I think it’s a real acknowledgment that the foundation has grown and is going to continue to grow.

“As we do that, we wanted to build on our base of family members by adding the skills and expertise from our new outside members. But we will always want to retain the feeling and the passion of a family foundation.” 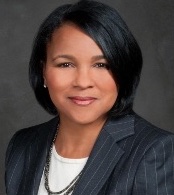 One of the foundation’s top priorities right now is to help revitalize the communities west of the new Mercedes-Benz Stadium — including Vine City and English Avenue.

“We still feel very much that we needed those outside points of view, and we are incorporating them on our foundation’s board,” she said. 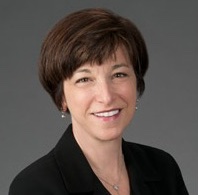 The existing family members on the Blank Foundation board are Arthur Blank, chairman; his daughter, Dena Kimball; his son, Kenny Blank; his daughter-in-law, Nancy Blank; and his son-in-law, Josh Kimball.

The Foundation invests in early childhood development, education, green space and the arts, and leads giving programs for each of the Blank family businesses, including the Atlanta Falcons, PGA TOUR Superstore, Mountain Sky Guest Ranch and MLS Atlanta. Arthur Blank has granted nearly $300 million to various charitable organizations through the foundation and his personal giving.

Changes at the BeltLine Partnership

The board profile of the Atlanta BeltLine Partnership also is shifting.

The partnership is the non-governmental organization that has been raising private-sector dollars to help with the development of the 22-mile circle of former rail infrastructure and transform it into multi-use trails, transit and new residential, retail and office investment in the core of the City of Atlanta.

Under the leadership of Chairman Mike Donnelly, the Atlanta regional president for Wells Fargo Bank, the Partnership board has added new members to better reflect the city’s diversity.

“The whole point was to make it less of a corporate board and make it more representative of the community,” said Chuck Meadows, who was named the Partnership’s executive director in November 2014.

* Nathaniel Smith, founder and CEO of the Partnership for Southern Equity;

The public entity responsible for the development of the Atlanta Beltline will continue with the same chairman it has had.

John Somerhalder, who recently retired as CEO of AGL Resources, will continue to serve as chair of Atlanta BeltLine Inc. (ABI). Before he served in that role, Somerhalder was chairman of the Atlanta BeltLine Partnership, and he continues to hold a seat on that board.

In an email conversation, Somerhalder said he and his family were planning to stay in Atlanta.

“Three of our four kids live here and all six grandkids, so that is an easy decision,” he wrote. “I plan to stay involve with the Atlanta Beltline, both on the ABI and ABLP boards, and probably on a few other things like United Way.”

That said, Somerhalder said he plans to travel more with his wife and his elderly father as well as with his offspring.

“We also plan to spend more time at our place in Arizona, and I should be able to get even more mountain biking done,” Somerhalder wrote. “I am on one public company board, and probably will look to get on one or two more over time.”

ABI was having a farewell reception for its attorney, Patrise Perkins-Hooker, on Jan. 14. Perkins-Hooker has been selected to be Fulton County’s attorney.

The annual Salute to Greatness Awards Gala — the primary fundraising initiative of the nonprofit King Center — will give its top individual award to Howard Buffett, chairman and CEO of the Howard G. Buffett Foundation.

Buffett is no stranger to Atlanta. He serves on the boards of The Coca-Cola Co. and Berkshire Hathaway Inc., one of the largest shareholders of the soft-drink company. Many also consider him to be heir apparent as CEO of Berkshire Hathaway, which was founded by his father Warren Buffett.

The corporate honoree will be Roger W. Ferguson Jr., president and CEO of TIAA-CREF — the Teachers Insurance and Annuity Association of America.

The Salute to Greatness Awards Gala will be held on Saturday, Jan. 16, at the Hyatt Regency Atlanta with a reception at 6 p.m. and dinner at 7 p.m.