Column: CAP to honor one of Atlanta’s best known and least known leaders

When Central Atlanta Progress holds its annual breakfast meeting on March 31, it will honor one of Atlanta’s best-known leaders and one of its least known.

The annual Dan Sweat Award will go to Bernie Marcus, who co-founded The Home Depot Inc. and who donated the Georgia Aquarium to the city and state — a gift of at least $250 million.

The annual Turner Community Leadership Award will go to Dr. Andrea Videlefsky, founder of the Daffodil Project, a worldwide project done in partnership with Am Yisrael Chai! to honor the 1.5 million children who died during the Holocaust in Nazi-occupied Europe. Downtown Atlanta has planted 175,000 daffodil bulbs — more than in any other city.

Marcus not only gifted the Aquarium to Georgia 10 years ago, he also has been a major philanthropist to institutions in Atlanta, such as the Grady Health Foundation, the CDC Foundation, Georgia Tech and the Marcus Institute.

“For all Bernie has done in our community, it warrants the Dan Sweat Award, which is a lifetime achievement award,” said Robinson, who added that it was a way to celebrate the 10-year anniversary of the Aquarium. “He’s been there for us for the last 10 years. Anything we’ve asked him to do, he has done.”

For example, Marcus, 86, played a pivotal role in getting the state to work with the city of Atlanta to redesign and rename the street now known as Ivan Allen Boulevard. 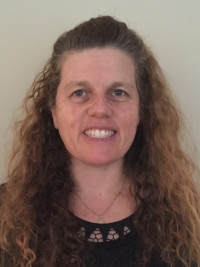 It is not a coincidence that the CAP breakfast will be held at the Georgia Aquarium this year. Robinson added that Marcus continues to invest his energies in the Aquarium, which is continually adding new exhibits “making it a whole new attraction.”

Dave Stockert, chairman of CAP and CEO of Post Properties Inc., said that as a result of Marcus’ investment in downtown, the Aquarium has become “a catalyst for other venues” around Centennial Olympic Park, such as the Center for Civil and Human Rights and the College Football Hall of Fame.

That also has led to other private developments, such as Post Properties making its first investment in downtown Atlanta with a new apartment community near the park. The ground-breaking was on Feb. 8.

As for Dr. Videlefsky, Stockert said she is a great example of how one person can make a difference.

“It’s just great to see what a citizen of the city can do and what impact one citizen can have,” Stockert said.

Dr. Videlefsky has lived in Atlanta for about 25 years. She received her medical degree at the University of Witwatersrand Medical School in South Africa, where she also worked at a community clinic, providing services to an underserved community. She completed her family practice residency in Atlanta at Emory University.

The Atlanta-based Am Yisrael Chai! nonprofit is focused on Holocaust education. That was the inspiration behind the Daffodil Project — an effort to plant 1.5 million daffodils in honor for each of the children who died during the Holocaust.

To date, more than 330,000 daffodils have been planted in locations around the world, including Krakow, Poland and the World War II Memorial in Amsterdam. Atlanta is the nonprofit’s largest installation of daffodils. The goal is to not only remember the Holocaust but to bring attention to those suffering genocide and other humanitarian crises in the world today.

“We’ve planted 175,000 daffodils in downtown Atlanta over the last three years,” Robinson said. “We are trying to create this ribbon of consciousness between the King Center and the Center for Civil and Human Rights. It’s a historic message and a current message.”

Dr. Videlefsky was nominated by the CAP staff, but not Robinson who described her as a family friend.

“Andi is one of the folks who has operated way under the radar,” said Robinson, adding that Atlanta received an award from the International Downtown Association for the Daffodil Project. “It is all done in the basement of her house. She has a very loyal following, and she wants to plant daffodils at different places around the world. We are going to plant more.”

“There’s a renaissance going on, and downtown is being rediscovered, especially by young people,” Stockert said. “This next generation really appreciates the walkability in downtown Atlanta.”

One of Atlanta’s newest companies, Veritiv Corp., will be added to the Fortune 500 list this year — probably in the No. 300 range. That’s what CEO Mary Laschinger told the Rotary Club of Atlanta on Feb. 8.

What she didn’t say was that she will be the first woman to be CEO of a Fortune 500 company based in Georgia.

When asked about her role as a woman in the male-dominated paper, packaging and logistics industry, she said she focuses on being a talented executive and thereby gaining the respect of her colleagues.

She talked about going to an event for the cosmetics industry last year, and one gentleman asked her if she had realized she was the only woman in the room. She had not.

“It’s all about being successful in what you choose to do. Be confident — not arrogant,” Laschinger said. “As leaders, we are responsible for creating environments where people feel comfortable…creating the environment where people can succeed.”

She went on to say that while having diversity among employees is good, it is just as important to have “diversity of thought.”

It’s one of the biggest annual campaign goals in the YMCA of Metro Atlanta’s history — $4.1 million. The campaign, called “Why It Matters,” is the cornerstone of all the fundraising done by the YMCA.

Recently, more than 350 YMCA staff, volunteers and donors from across the association came together to kick off the 2016 campaign at its 4th annual Boots & BBQ event.

“Membership dues don’t provide scholarships for those in need,” said Lauren Koontz, chief development officer of the YMCA of Metro Atlanta, in a statement. “As a charitable non-profit, the Y relies on donations from the community to ensure that no child is turned away from a program that could be transformational in their life.”

Some of the YMCA programs that are supported by the campaign include early learning, after school, summer camp, teen leadership, swim lessons and youth sports.

The DeKalb Chamber of Commerce has named six new members to its board, and each will serve a three-year term. They will be recognized at the Chamber’s 78th annual luncheon meeting on Thursday, Feb. 18, at the Georgia Aquarium.

“These board members will bring a new perspective along with a wealth of knowledge and experience that will help us as we continue to work towards creating a more prosperous business community in DeKalb,” Katerina Taylor, DeKalb Chamber’s president and CEO, said in a statement.

MARTA CEO and General Manager Keith Parker will be the keynote speaker at the event, addressing MARTA’s impact in DeKalb, initiatives for small business and women- and minority-owned business and the transit system’s expansion plans for 2016.