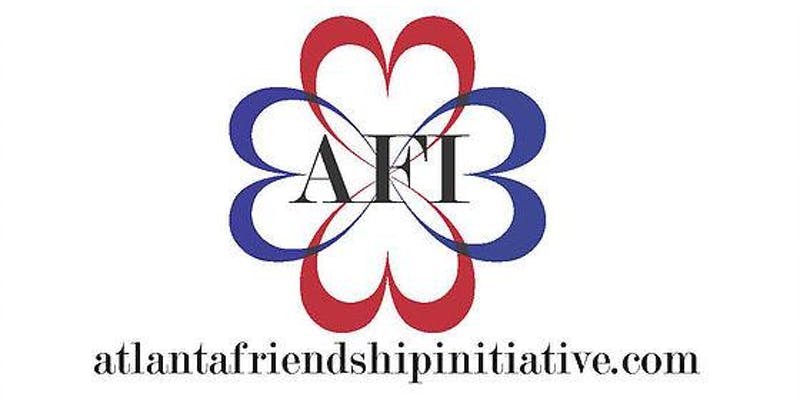 Logo for the Atlanta Friendship Initiative

The Atlanta Friendship Initiative will live on, despite the sudden death of one of its co-founders – William G. Nordmark III.

Nordmark, 69, passed away Aug. 13, the day after suffering from a brain aneurism. His son, William Nordmark IV, said his father was in great health and good spirits – and there was no warning that his life was about to end.

In the last two years, the main civic focus for Nordmark was establishing the Atlanta Friendship Initiative. 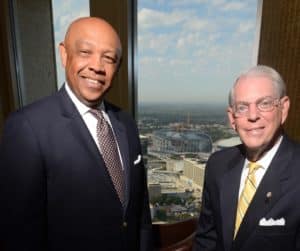 His co-founders were John Grant, executive director of the Airforce Reserve Celebration Bowl and former CEO of 100 Black Men of Atlanta; and Ed Baker, a full-time executive in residence at Georgia State University’s Robinson College of Business and the former publisher of the Atlanta Business Chronicle.

Both Grant and Baker pledged to continue the Atlanta Friendship Initiative as a way to honor Nordmark’s legacy.

“We will absolutely continue – and grow,” Baker said. “We owe it to Bill, his vision and legacy.”

The initiative was started by Nordmark after he became concerned that Atlanta was not as focused on having healthy race relations as it had been in the past, such as when the Atlanta Action Forum intentionally brought together a key white and black business leaders.

So Nordmark invited Grant to become his AFI friend – and they pledged to break bread once a quarter and bring their families together once a year.

Together they launched the Atlanta Friendship Initiative, inviting people to become friends with someone who was of different racial or ethnic origin as a way to build bridges. 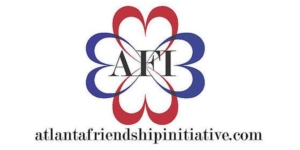 Logo for the Atlanta Friendship Initiative

In two years, about 180 pairs of friends have been established, and it is still growing. Baker said he would like there to be 200 pairs in the near future. A gathering of all the AFI friends will take place on the afternoon of Oct. 22 at the Georgia Aquarium.

Ironically, Grant and Nordmark were the guest speakers at the West End Rotary Club on Aug. 10, sharing their story about the Atlanta Friendship Initiative.

“It was the last time we were together,” Grant said. Two days before his aneurism, Nordmark told Grant that they needed to do all they could to make sure AFI would last. “We were having that conversation on Friday – that if something happens to us, how will it live on.”

They even envisioned the possibility that the AFI model would go national or even international.

“For us, from the beginning of our conversations, it was always bigger than he or I,” Grant said. “We had put the tools in motion.”

Grant said he would love for the Rotary Club of Atlanta to adopt the initiative and even partner with Rotary International to spread the idea beyond Atlanta.

“What a tremendous tribute it would be to Bill if Rotary were to take on the responsibility of creating friendships,” Grant said. Rotary has a history of taking on major initiatives, such as the effort to eradicate polio. Nordmark, a polio survivor, had been instrumental in that effort.

Meanwhile, Baker said AFI is now its own nonprofit, and GSU’s business school will continue to provide staffing and operational support.

“We are deeply committed to continuing to grow the Atlanta Friendship Initiative,” said Baker, who added that Nordmark’s legacy would live on through the Initiative. “Bill was the nicest many you’d ever meet. It’s a big community loss.”

The High Museum of Atlanta announced that four new Atlanta leaders have joined its board, including Mike Render, a musician and member of the hip-hop duo “Run the Jewels.” Render is also known as “Killer Mike.”

The other three new board members are: Jean Hanges, community activist; Keinon Johnson, vice president of urban promotions at Interscope Records; and David Park, senior vice president of Georgia-Pacific. The will join the 85-person High Museum Board and serve for a two-year term.

“We’re thrilled to add these community leaders to our board,” said Rand Suffolk, the High’s Nancy and Holcombe T. Green, Jr., director. “Each believes that a thriving Atlanta can only truly happen with a vibrant, contributing, cultural sector. Together they’ll bring extraordinary new perspectives, voices and talents to bear on our mission.”

The addition of Atlanta native “Killer Mike” Render to the board makes a statement for the High. In its press release, the High said Render “connects the arts to activism through his albums as well as his social and political commentary on subjects including income inequality, police brutality and systemic racism.”

Children’s Healthcare of Atlanta and the Aflac Cancer and Blood Disorders Center are the major beneficiaries of $2.8 million in grants from CURE Childhood Cancer nonprofit.

The Atlanta-based nonprofit announced nearly $4 million in research grants for the 2018/2019 fiscal year as part of its mission to conquer childhood cancer by funding target research. In the last 10 years, CURE has awarded more than $19.2 million to Children’s Healthcare of Atlanta.

“At CURE, we know that research is the key to achieving significant progress in the fight against childhood cancer,” said Kristin Connor, executive director for CURE. “We continue to focus our funding on projects aimed at improving outcomes for the 20 percent of children not surviving today’s methods of treatment. Additionally, because of the harsh side effects of current treatments, we fund projects that will preserve a child’s quality of life after treatment.”

“Our hope is that we will be able to continue to improve survival rates for childhood cancer and lower the associated side effects with the currently available cancer treatments,” Graham said. “The remarkable partnership we have with CURE is directly impacting the lives of our patients through their support of our Cancer Precision Medicine Program and our ongoing research projects.”

The Leadership Award is given to a leader in the nonprofit or public sector who has made a significant contribution to promoting responsible land use in the metro Atlanta region.

Parker is being honored for his accomplishments during his tenure as MARTA’s general manager and CEO, where he led the transit agency for five years. ULI said Parker was instrumental in helping increase the acceptance of transit throughout the region, including Gwinnett’s recent approval of a MARTA contract and a call for a public referendum on the matter.

Parker now serves as president and CEO of Goodwill of North Georgia, where he approaches the position with the same energy as he seeks to improve Georgians’ access to opportunity and address Atlanta’s income inequality gap.

The ULI Awards dinner will be held on the evening of Sept. 13 at Monday Night Garage, located at 933 Lee St., SW.