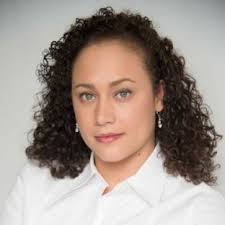 As Georgia Bio celebrates its 30th anniversary at its gala on Feb. 8, the organization also now has a new CEO – Maria Thacker-Goethe.

She also is the executive director of the Georgia Global Health Alliance, a collaboration of business, academia, nonprofits and government organizations. It is working with the global health community in Georgia to develop a strategy to build stronger relationships among state entities to improve health outcomes throughout the world. And she serves as executive director of the Georgia BioEd Institute.

The gala at the Villa Christina Hyatt Regency Atlanta Perimeter will be special for several reasons. It will have keynote remarks from Catherine Owen, president of immunology at Janssen Pharmaceuticals. Also the Georgia Bio Industry Growth Awards will be given to Russell Allen and Dr. Richard Hillstead.

“I’ve known Maria for over a decade, and she is an amazing community ambassador for life sciences in the state of Georgia and the world of global health,” said David Hartnett, chief economic development officer for the Metro Atlanta Chamber. “Without her many years of dedication and countless hours of going above and beyond, our industry would not be where it is today.”

Hartnett went on to say that it is unusual for someone at her young age, 38, to have accomplished as much as she has in growing Georgia’s life sciences industry. She joined Georgia Bio in April 2006 after receiving her master’s degree in public health from the Tulane School of Public Health and Tropical Medicine.

Georgia Bio began 30 years ago as the Clifton Corridor Biomedical Research Council. It was started by civic leaders who wanted to leverage the headquarters relocation of the American Cancer Society to Atlanta and the presence of the CDC to build a vibrant cluster of bio-medical companies and fostering greater collaboration in the field of bio-medicine among Georgia’s research universities.

The award, among others, will be presented at CAP’s annual breakfast meeting on March 12 at Mercedes-Benz Stadium. 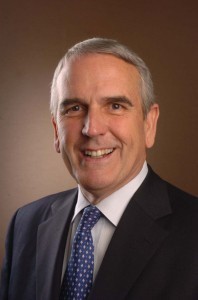 The award is named after Dan Sweat, a past CAP president who led the downtown business organization during the tumultuous era from 1973 through 1988 when the business community was having to learn how to work with African-American political leaders at City Hall.

“Dan was my mentor,” Williams said. “Dan really taught me how the political and business relationships and how black and white relationships really worked in Atlanta – and how they can be managed for the good of the city.”

Williams remembered first meeting Sweat when he was a student at Georgia Tech in the late 1960s leading a protest at Atlanta’s City Hall. At the time, Sweat was serving as chief administrative officer for then-Mayor Ivan Allen. That lead to Sweat offering Williams a job – a civic partnership that continued throughout their respective careers.

“It’s a very personal award for me,” said Williams, who joined the faculty of Georgia State University’s Andrew Young School of Policy Studies after he left the Chamber. He has been on medical leave, but he is recovering from some health issues.

CAP also will present the Turner Downtown Community Leadership Award to Vince Smith, currently pastor of the Northside Park Baptist Church in Buckhead. Most recently, he served as executive director of Atlanta Union Mission and the Gateway Center.

Finally, CAP will give the Marcus Downtown Economic Impact Award to the Georgia Aquarium. The award, named after Home Depot co-founder Bernie Marcus, recognizes and individual, company or project that has stimulated revitalization efforts in the downtown area. Marcus actually donated more than $200 million to build the Aquarium, and he has continued to support the enhancements and expansions of the downtown attraction.

A new economic impact study shows that the Aquarium has had a total of 28.5 million guests since it opened in 2005. In 2017, 2.44 million people visited the attraction – of which 56 percent are from out of state. The out-of-town guests in 2017 are estimated to have spent $52.25 million in the Atlanta economy.

There has been nearly $1.7 billion in new investment around Centennial Olympic Park since the Aquarium opened in 2005, and there’s another $417 million currently under construction. Those numbers do not include the nearby $1.5 billion Mercedes-Benz Stadium.

Cati Diamond Stone has been named CEO of Susan G. Komen Greater Atlanta, an enhanced role for the former executive director of the organization dedicated to breast cancer research. She is the first-ever CEO of Komen Atlanta. 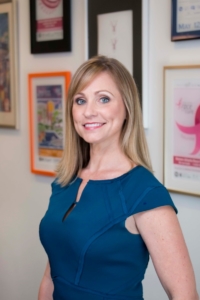 Stone joined Komen Atlanta as executive director in 2013, almost three years to the day from her diagnosis with stage III breast cancer. “For more than five years, Cati has been the face of Komen Atlanta,” said Debi Jacobs, president of Komen Atlanta’s board. “Her inspiring story of overcoming breast cancer and her unwavering passion for ensuring that every person has the opportunity to detect and survive this disease continues to energize the Greater Atlanta community to become involved in supporting Komen Atlanta and the 250,000 people reached by the organization each year.”

Cindy Ethridge, a partner at Warren Averett LLC, is the new chair of Atlanta Habitat for Humanity. She has served as a member of the board for two terms in various roles including treasurer and vice chair.

Lisa Gordon, Atlanta Habitat’s president and CEO, said the new appointments will “support Atlanta Habitat’s trajectory to expand our reach in neighborhoods on the Westside and to build affordable, innovative developments that will help us to change the economic mobility of low-income families in Atlanta and South Fulton.”

Previous Article
1-on-1 with Arthur Blank: ‘I’m just a proud father’ after Super Bowl LIII
Next Article
Column: Georgia Research Alliance ‘at a pivot point,’ refocusing for the future