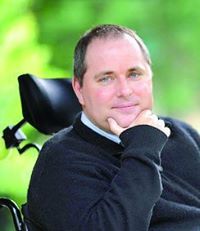 An innovative nonprofit – HINRI – is partnering with a private social enterprise to help generate revenue for its initiatives.

Private investors bought the intellectual property from Chill Now Towel, a Georgia company that was in bankruptcy. The towel has special oils that provide cooling for people engaged in sports or other activities without needing a source of water.

HINRI stands for High Impact Network of Responsible Innovators. HINRI and other Georgia investors purchased the company, and HINRI now owns 25 percent of Chill Now Towel. That means HINRI will receive 25 percent of its profits that it will be able to invest in its charities, including the Warrior Alliance and the Emancipation Project.

HINRI is a venture philanthropy that was created in 2004 by Ross Mason, who is still engaged with the nonprofit.

Earlier this year, Kelly McCutchen joined HINRI as executive director after serving as chairman of its board for eight years. Previously, McCutchen served as president of the Georgia Public Policy Foundation until he stepped down at the end of December 2017.

Since acquiring Chill Now Towel, the owners have moved its manufacturing operations from Malaysia to Columbus, Ga.

Even Evander Holyfield has endorsed the towel and will be starring in some ads. The towel has just become available to buy on Amazon, and McCutchen is working to get it in stores. 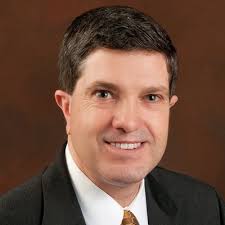 “The whole idea of social enterprise is to build great enterprises and money away,” McCutchen said.

It is a joining together of two longtime friends.

“Ross Mason and I knew each other when we were at Georgia Tech,” McCutchen said. “He has an amazing ability to connect people together.”

Mason is an entrepreneur and angel investor who has been working on philanthropic causes for most of his career. He used to be actively involved in triathlons, cave and ice diving before an accident in 2007 left him paralyzed.

That further inspired Mason to work on solving the world’s most difficult health challenges through his venture philanthropy.

Two well-known Atlanta business leaders have been selected as the 2019 trustees of the Georgia Historical Society – Frank Blake and John Schuerholz.

Blake is the retired chairman and CEO of the Home Depot; and Schuerholz is the vice chairman emeritus of the Atlanta Braves.

“Frank Blake and John Schuerholz reflect what is best in the original Georgia Trustees,” said Dr. W.Todd Groce, president and CEO of the Georgia Historical Society. “Their commitment to the common good and their insistence on putting others first are in keeping with the leadership of James Oglethorpe and the other visionary founders of Georgia. Through their character, modesty, and comportment, Frank and John are prime examples of everything a great leader should be.”

The sold-out luncheon was hosted by Kathy Waller, the chief financial officer of the Coca-Cola Co. (NYSE: KO). The luncheon brought together influential corporate, social and philanthropic leaders, including top donors to the Girl Scouts.

“The Girls Scouts is about empowering girls from all backgrounds and building them into women who can influence their communities to change the world,” Moore said. “I’m happy to help support programs that maintain these efforts as part of its’ mission.”