By Maria Saporta
Published in the Atlanta Business Chronicle on October 17, 2014 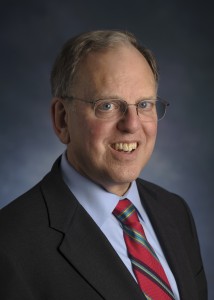 Bernhardt has spent his years enriching the lives of thousands of students and lending his expertise to better the city’s corporate and civic community. For more than 40 years, Bernhardt was a professor at GSU’s J. Mack Robinson College of Business, where he published 12 books and monographs focusing on marketing and consumer behavior.

Bernhardt also has been an active member of more than 30 corporate and nonprofit boards, serving as chairman or president of 12 of them, including the past board chair of the 45,000-member American Marketing Association. He has also served as a marketing consultant for Chick-fil-A for the past 34 years. Currently, Bernhardt serves on 18 boards of nonprofit and for-profit organizations.

Lockhart is an expert in areas of finance, banking and international business. From the early 1970s to late 1980s, Lockhart held various positions with Citcorp/Citibank (now Citigroup), working throughout Atlanta, the Middle East, Europe and Latin America. He then went to work for Heller International Group, where he served as president. He then became chairman of the Small Enterprise Assistance Funds as well as managing partner of New York-based Zephyr Management.

She became president and CEO of the Chamber last January.

The 2015 Atlanta Business Hall of Fame, a black tie gala to benefit JA of Georgia, will be held at the InterContinental Hotel in Buckhead.

The Atlanta-based National Christian Foundation has crossed the $5 billion mark – a historic milestone for the nonprofit.

Since its founding in 1982, the organization has given away $5 billion in grants to support causes such as feeding the hungry, providing clean water, sharing the Christian message and promoting justice.

The National Christian Foundation is ranked as the 12th-largest charitable organization in the United States by the Chronicle of Philanthropy.

Its growth trajectory has been dramatic. Its cumulative giving went from $4 billion 16 months ago to $5 billion this year. So far this year, the foundation has distributed almost 90,000 grants totaling more than $600 million. The foundation grants more than 35 percent of its assets in a typical year.

“This rate of grant-making is a reflection of the desire these givers have to recommend grants to charitable organizations doing extraordinary work in our communities, our country and around the world,” said David Willis, national president of the foundation. “We are overwhelmed by God’s generosity overflowing through those we are privileged to serve.”

The city of Atlanta and the Cote d’Ivoire in West Africa further cemented their ties during an Oct. 8 dinner where former Atlanta Mayor Andrew Young was presented with the Commandeur de l’Ordre National Award, the nation’s highest civilian honor, from Prime Minister Daniel Kablan Duncan.

The occasion was aimed at generating support for student scholarships from the International University of Grand Bassam (IUGB) in Cote d’Ivoire (also known as the Ivory Coast).

The inaugural celebration of the IUGB Foundation attracted a host of dignitaries from Cote d’Ivoire and Atlanta, including Mayor Kasim Reed.

“I went there a long time ago and fell in love with the people and the president,” Young said upon receiving his award. “No matter what happens in the world, the Cote d’Ivoire is going to be one of the centers in the world of art and dialogue. I didn’t travel to a town in the country that didn’t have a school, a hospital and a very good French restaurant. The president wanted to make sure development was all over the country.”

Young then said African nations could learn a lot from Atlanta.

“Africa is only going to prosper if it learns what we have learned in Atlanta,” Young said. “You have to leverage private dollars for public good.”

Some people get streets named after them. Sally Bethea, the founding executive director of the Chattahoochee Riverkeepers is getting a creek named in her honor.

At the 20th anniversary gala celebration of the Chattahoochee Riverkeepers on Oct. 14, it was a time to look to the past and to the future.

Bethea will be retiring from the organization at the end of the year. Rutherford Seydel, a key benefactors of the nonprofit environmental organization along with his wife, Laura Turner Seydel, said it would take two people to replace Bethea.

Juliet Cohen, who has been the Riverkeeper’s general counsel, will become its executive director. And Jason Ulseth, the technical programs director, will become the Chattahoochee Riverkeeper.

During the gala at the InterContinental Hotel in Buckhead, Bethea and dinner co-chair Taylor Glover remembered the days when the river south of the City of Atlanta was almost like an open sewer after heaving rains. The organization embarked on a historic lawsuit that legally compelled Atlanta to invest billions of dollars in its water and sewer infrastructure.

Taylor Glover, co-chair of the dinner and a native of Newnan who spent much of his youth along the Chattahoochee, called Bethea “the original riverkeeper” and “a tireless advocate” who built a strong organization.”

He then led everyone to raise “their glass of clean Atlanta water” to toast Bethea and Chattahoochee Riverkeepers.

At the end of the program, Bethea was presented with the sign – “Riverkeeper Creek” – to go along the banks of the creek in the heart of Buckhead where she grew up and discovered her love of nature. The creek flows into Nancy Creek, which flows into Peachtree Creek before ending in the Chattahoochee River.