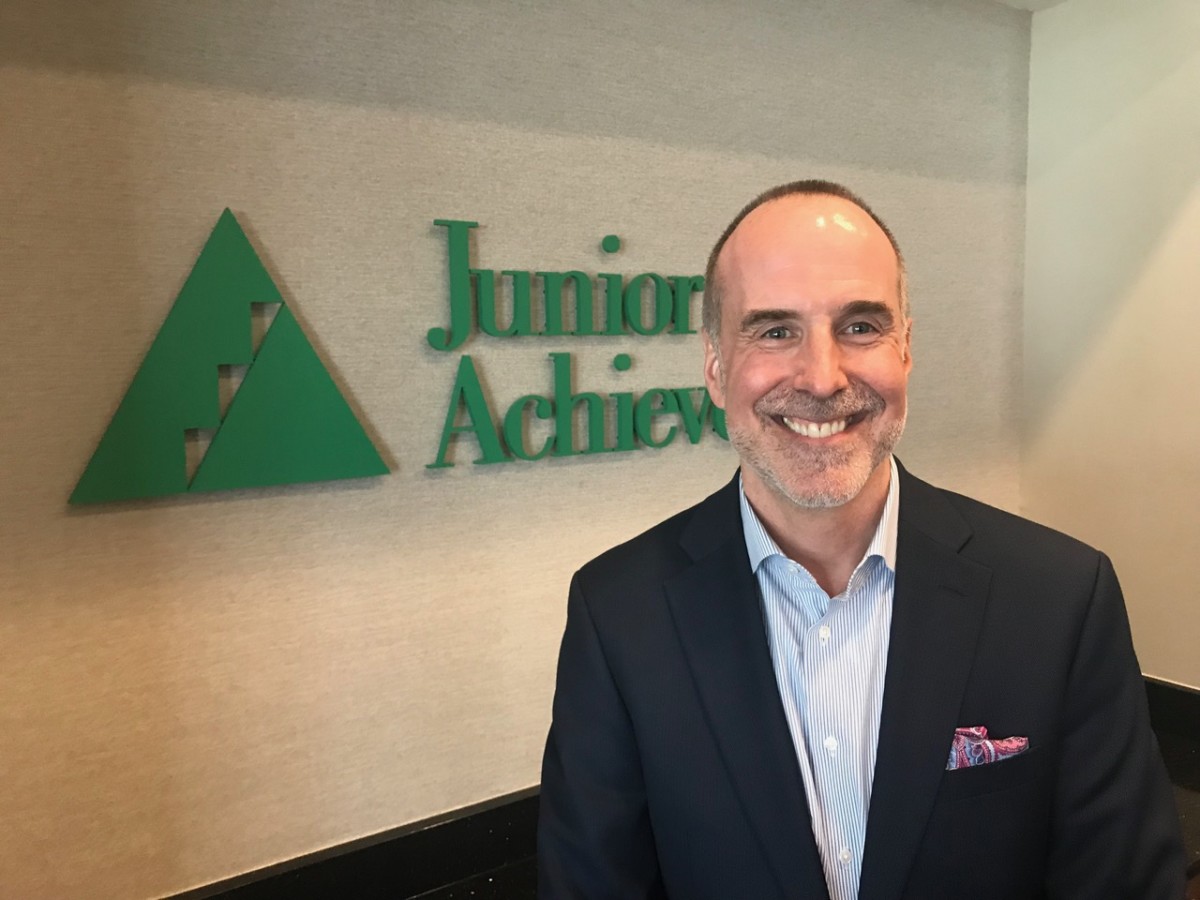 Two months ago, John Hancock moved to Atlanta from Portland, Ore., to become president and chief operating officer of Junior Achievement of Georgia.

It is quite a switch for someone who has spent most of his life on the West Coast – serving more than 18 years as CEO of Junior Achievement of Portland and Southwest Washington.

Hancock made his move to Atlanta because of Jack Harris, CEO of JA of Georgia who also took on a new role as president and CEO of 3DE, an innovative program to create a JA school within existing high schools.

“Jack and I have been friends for a long time,” said Hancock, who was asked by Harris if he would consider becoming his successor. 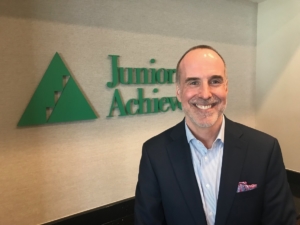 It just so happened that earlier this year Hancock was flying back and forth to the East Coast to complete his masters degree in applied positive psychology at the University of Pennsylvania. On one of those trips, he made a stop in Atlanta to check it out.

“Professionally I’m young enough to have another gig in me,” said Hancock, who will turn 54 in December. “I want to continue to be involved in really meaningful and innovative work, and there’s no better place on Planet Earth than JA of Georgia. This is the finest JA operation in the world. It is the epicenter of some of the most important innovation and change.”

Hancock said he will focus on sustaining “this amazing organization” and taking it to a larger scale.

It currently has three Discovery Centers that give middle-school students an opportunity to have real life-work experiences that teach them about managing their personal finances.

The existing Discovery Centers serve about 30 percent of the students in Georgia.

Hancock said the plan is to increase the number of Discovery Center across the state.

“We have a 10-year goal to serve 90 percent of the middle school kids in the state,” Hancock said.

“In the next five years we are going from having six to 26 3DE schools in Georgia,” Hancock said, adding those ambitious plans will require extensive fundraising.

But he has been “blown away” by the staff at JA of Georgia, his board and the business community in Atlanta and Georgia.

So far, Hancock said he has not experienced a culture shock in his move to Atlanta. He and his wife are renting an upscale apartment in Midtown, and he’s been experiencing the city – taking Tom Houck’s Civil Rights History bus tour.

“The urban-rural divide is the same,” Hancock said, comparing Georgia to Oregon, Hancock said: “But there are some complexities here because of the diversity of people.”

Recent changes in leadership at AT&T Georgia have set off a ripple effect at the Georgia Chamber of Commerce.

The 2019 Chairman of the Georgia Chamber was supposed to be William “Bill” Leahy, who was until recently president of AT&T Georgia.

But earlier this month, AT&T announced that Leahy was retiring and his successor had been named: Venessa Harrison, who has been with the company for three decades, most recently serving as AT&T’s North Carolina president. The Georgia president reports to Dave Nichols, AT&T’s president for the Southern region.

So the Georgia Chamber turned to Sonny Deriso, a longtime state business leader who has worked in the banking industry and also been a high-profile civic leader.

“It’s an opportunity to serve with a great organization,” Deriso said when asked why he agreed to step in as the 2019 chair. “It’s something I can do for business in Georgia. I’ve been on the board for a number of years. I’m sorry Bill couldn’t continue but I’m happy to run with it.”

Deriso, a former executive with Synovus Financial Corp., will take the reins from Kessel Stelling, who currently is chairman and CEO of the Columbus, Ga.-based bank.

At its Community of Respect event on Nov. 14 at the Atlanta History Center, the Southeast Regional Office of the Anti-Defamation League honored three Atlantans who have fought for justice and served the community. 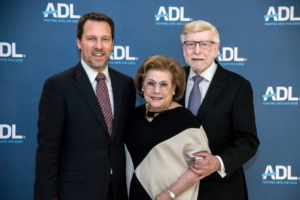 Doug Shipman with Judith and Mark Taylor, who were honored by ADL Southeast for their work in the community (Special: ADL Southeast)

Shipman closed out the event with a “powerful address,” according to Erica Greenblatt, ADL Southeast’s director of development.

Two new directors have been named to the board of City of Refuge, a nonprofit based in Atlanta’s Westside that works to transform the lives of those most in need.

Stephenson is vice president of strategic partnerships and special projects. His primary responsibilities include working closely with leaders in the Cathy Family Office and at Chick-fil-A on capital strategies and key community partnerships and initiatives.

Wanamaker will join Chick-fil-A on Dec. 3 to become vice president of talent experiences. She will lead the new Talent Experience function within People, which is focused on creating an integrated talent experience for staff. She brings more than 20 years of human resources experience having worked at BlueLinx Corp. and The Coca-Cola Co.