Column: Lila and Doug Hertz to be honored for philanthropy 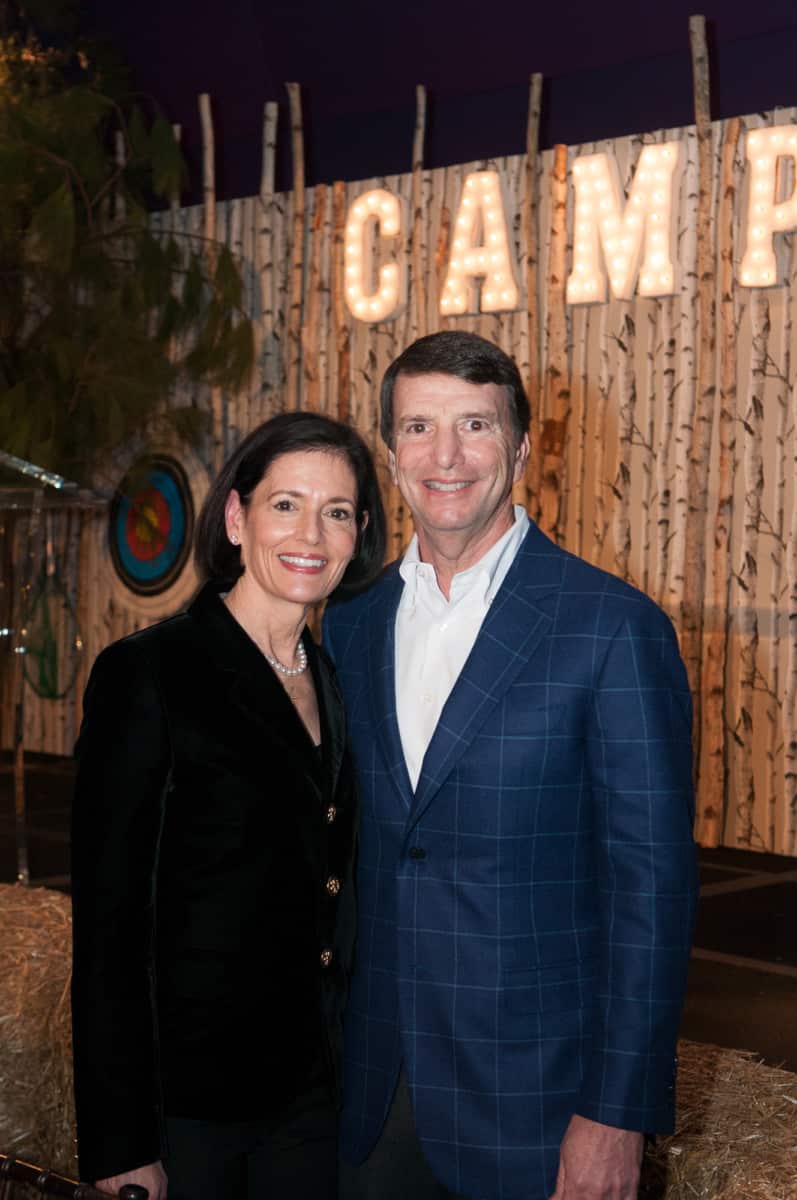 Lila and Doug Hertz to be honored as Philanthropists of the Year (Special: Association of Fundraising Professionals - Atlanta)

As published in the Atlanta Business Chronicle on April 7, 2017

Civic leaders Lila and Doug Hertz will be recognized as the Philanthropists of the Year on the 35th annual celebration of National Philanthropy Day on Nov. 9th at the Georgia Aquarium.

The Greater Atlanta Chapter of the Association of Fundraising Professionals will honor Dr. Sivan Hines as the Volunteer Fundraiser of the Year. The pediatrician has given her time, talents and hard work to benefit the Atlanta Youth Academy. 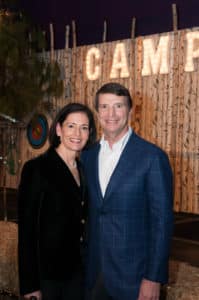 Lila and Doug Hertz to be honored as Philanthropists of the Year (Special: Association of Fundraising Professionals – Atlanta)

And the organization will also award Joey Odom as the Philanthropic Leader of Tomorrow for his support on behalf of Covenant House Georgia.

The event, which is expected to attract about 1,000 to the luncheon, is being sponsored by the Community Foundation for Greater Atlanta. The Kiwanis Club of Atlanta is Philanthropy in the Classroom sponsor. Other sponsors include the Piedmont Healthcare Foundation; Coxe, Curry & Associates and Atlanta Business Chronicle.

Doug Hertz, president and CEO of United Distributors Inc., and his wife, Lila, have been involved with several key civic initiatives over the past 25 years. They were founding members of Camp Sunshine and involved in the formation of Camp Twin Lakes.

An 18-year breast cancer survivor, Lila Hertz has been instrumental in the continuation and success of the Susan G. Komen Greater Atlanta and its mission to eliminate breast cancer. Her involvement has helped raised over $400,000 annually for their mission.

They have been active supporters of the Woodruff Arts Center and its divisionst. Their support of Tulane University has been broad and deep.

The Hertzs were involved in the merging of Egleston Children’s Hospital and Scottish Rite Children Hospital in the late 1990’s. And as chair of the board, Doug Hertz led the effort to raise over $42 to transform Hughes Spalding Children’s Hospital. He later took a lead role at the Marcus Autism Center, successfully helping to raise almost $100 million to support cutting edge research and clinical operations. He also has been actively involved with the Georgia Research Alliance.

They have been very active at their place of worship, The Temple. In large part, due to their efforts, the Temple has the largest endowment of any synagogue in the Southeast.

“Lila and I are thrilled beyond words,” Hertz said in a phone interview. “We were surprised and very flattered to be chosen and have our name added to the illustrious list of those who have gone before us.”

Hertz said he and his wife believe philanthropy is much more than just writing a check.

“It’s not just about the money,” he said. “We have certainly given our time and leadership to organizations and institutions that mean so much to our family.”

It was on April 1, 1977, when Alicia Philipp joined the Community Foundation for Greater Atlanta. The foundation’s assets at that time totaled on $7 million. 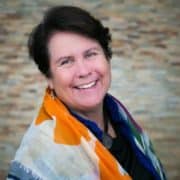 Now 40 years later, the foundation’s assets total about $900 million. And under Philipp’s leadership, it has awarded a total of $1.5 billion in grants to nonprofit organizations.

Although Philipp did not want any fanfare for her 40th anniversary with the organization, associates of the Community Foundation wanted to make sure to mark the historical day by mentioning some of the initiatives she has fostered during her tenure, including becoming a key partner in keeping a collection of Martin Luther King Jr.’s papers in Atlanta.

Louise Mulherin, public relations manager for the foundation, said Philipp has had a seat on the front row of Atlanta’s history.

“Today she and her team are shepherding programs like the Atlanta AIDS Fund, the Atlanta Arts Fund, Grants to Green, Learn 4 Life and Spark! Opportunity that will continue to build her legacy for years to come,” Mulherin wrote in an email. “And who knows what the future holds, but we know she’ll stay in that front row seat.”

Horizons Atlanta has announced the launch of a new partnership with Purpose Built Schools to provide new summer learning opportunities for students from the Thomasville Heights Elementary School in Southeast Atlanta.

The organization also has received a $93,000 contract from the Fulton County Commissioners Community Services Program to continue to provide tuition-free, high quality summer learning programs to students from underserved communities.

The partnership with Purpose Built Schools will serve the Thomasville Heights school, which is located in Georgia’s lowest-income census tract.

Purpose Built Schools is a non-profit formed to replicate the successful Drew Charter School instructional model. It operates Thomasville Heights, a historically underserved and low-performing school, under a unique contract with the Atlanta Public Schools that is part of the District’s turnaround initiative unanimously approved by the Atlanta Board of Education in March 2016. 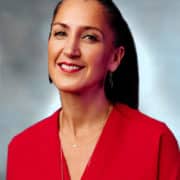 Atlanta-based Veritiv Corp. has named Liza Landsman to its board of directors. Landsman is president and chief customer officer of Jet.com, an online retailer recently acquired by Walmart.

“Her extensive business experience in marketing, advertising, branding and e-commerce strategy, as well as her proven leadership skills, will be a strong complement to our Board’s current composition and will serve Veritiv well,” said Mary Laschinger, chairman and CEO of Veritiv. Landsman is the third woman to join Veritiv’s board. Tracy A. Leinbach, a former executive vice president and CFO of Ryder System Inc., also serves on Veritiv’s board along with CEO Laschinger, the only woman who is CEO of a Fortune 500 company in Georgia.

The Georgia Historical Society has honored Chick-fil-A by dedicating a historical marker on April 4 at the Hapeville Dwarf House – the origins as the largest family-owned restaurant chains in the United States.

“It’s such an honor to have been selected by the Georgia Historical Society to receive this amazing recognition,” said Dan Cathy, chairman and CEO of Chick-fil-A. “Georgia is the birthplace of Chick-fil-A, so receiving a distinction that recognizes our work here is truly special.”

The Historical Society recognized the company’s longstanding impact on the state of Georgia with a plaque that mentioned the late founder – Truett Cathy, who opened the Dwarf House on May 23, 1946.

“Chick-fil-A has long been recognized as one of the most iconic businesses in Georgia, and GHS is pleased to be honoring them as part of the Business History Initiative,” said W. Todd Groce, president and CEO of the Georgia Historical Society. “The company’s history is intimately linked to the history of the Cathy family, and Chick-fil-A has long been a model of servant corporate leadership.”

Each year, the Society selects iconic companies in Georgia to be honored as part of its initiative, and then it seeks to teach Georgia students, citizens and tourists about the pivotal role the businesses have played in the development of the state.

The event attracted Vince Dooley, the legendary head football coach of The University of Georgia who also serves as chairman of the GHS board and on the advisory board of the Chick-fil-A Foundation. 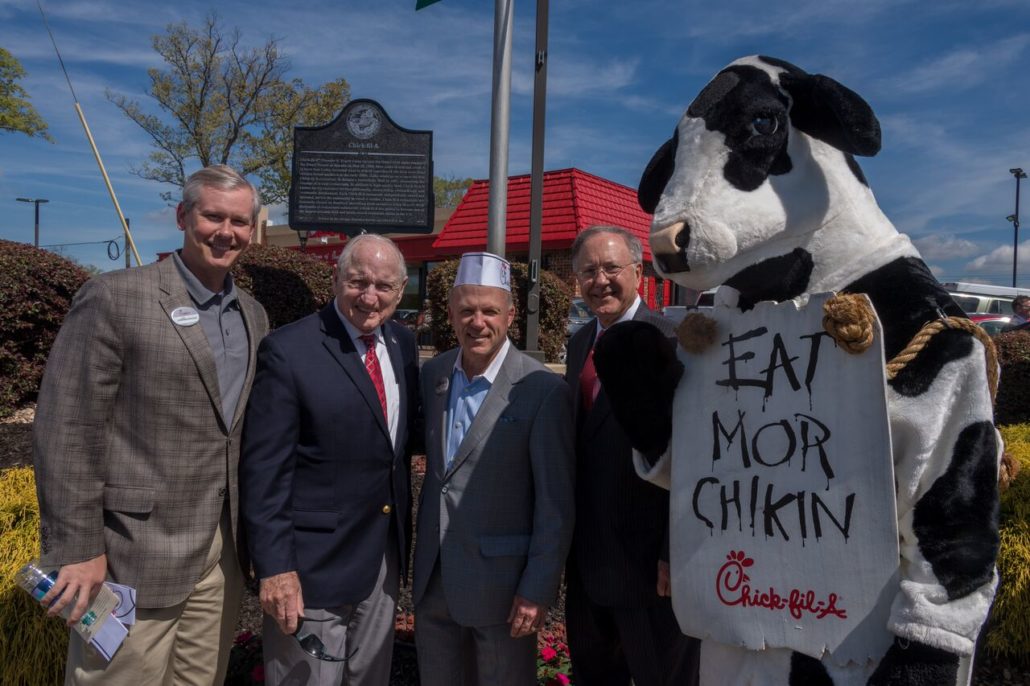