By Maria Saporta
Published in the Atlanta Business Chronicle on August 1, 2014

The latest merger of two nonprofit organizations will provide better coordinated services to Atlanta’s refugee community and help them become successful members of the community.

Those two nonprofits – Refugee Family Services (RFS) and Refugee Resettlement and Immigration Services of Atlanta (RRISA) – are holding the annual “Red, White and New” celebration on Aug. 1, when they will announce the new name of the combined organization.

The event will begin at 6:30 p.m. at Mason Murer Fine Art, and it will honor Ralph de la Vega, president and CEO of AT&T Mobility.

Although she would not disclose the new name – wanting to save the announcement for the celebration, Paedia Mixon, who will become the CEO of the merged entity and has been executive director of RRISA, did drop a few hints.

The new name will not include the word “refugee” because the merged organization wants to focus on the long-term success of families becoming members of the community rather than their temporary refugee status. Also, the new name will not be an acronym – such as RFS or RRISA – but actual words describing the nonprofit.

Those moves have been well-received by the donor community, according to Emily Pelton, RFS’ executive director, who will become the new nonprofit’s chief advancement officer.

The two organizations, which decided to merge last September, will become one entity in October. The costs related to the merger – such as larger office space and technology integration – was estimated to cost $1.55 million.

The Joseph B. Whitehead Foundation, one of the foundations that’s associated with the Robert W. Woodruff Foundation, donated the lead gift of $750,000. The Goizueta Foundation provided $225,000. The Community Foundation for Greater Atlanta gave a $100,000 grant as well as an earlier grant for the two organizations to explore a possible strategic partnership. The Tull Charitable Foundation gave $75,000. And the boards and advisory council of the organizations committed $100,000.

The corporate community also is being supportive. The presenting sponsor for the Red, White and New celebration is Atlanta Gas Light. The gold level sponsors are the Goizueta Foundation and Neadwerx; the silver level sponsors King & Spalding, Barnwell Consulting, epsilon, benevolink and Sutherland.

The combined organization is expected to have an annual budget of about $4.5 million, much of that coming from the U.S. State Department to help refugees settle in the area. Private funds are raised to provide enhanced services for longer-term success.

Both Mixon and Pelton said the issue of refugees – especially that of unaccompanied minors coming to the United States – has been misunderstood by many in Georgia. Pelton was part of a meeting with Gov. Nathan Deal July 30 when it was explained that nearly all the costs associated with those children coming to Georgia are covered by the federal government.

“Certainly we are concerned about the well-being of these children who are caught in the middle,” said Pelton, adding that Atlanta is part of the Welcoming City program. “We want to work in partnership with others on how we can equip ourselves to be a welcoming community in Atlanta.”

Mixon said it is part of Atlanta’s and Georgia’s history to be hospitable.

“Georgia has a long and rich tradition of helping refugees,” she said. “And refugees have made enormous contributions in this state. It is part of our tradition.”

What happens to a former CEO of Turner Broadcasting System after he retires?

For Phil Kent, who retired as CEO at the beginning of the year and as chairman in the spring, it means going into academia — to Harvard.

Harvard University’s Institute of Politics at the John F. Kennedy School of Government announced that Kent has been accepted as one of six 2014 Fall Resident Fellows selected.

“We look forward to welcoming this accomplished group of Fellows who represent the diversity and dynamism of American politics today,” said Maggie Williams, director of the institute and a spring 2005 Resident Fellow. “We are confident they will inspire our students and be energized by them.”

Over the course of an academic semester, Resident Fellows interact with students; develop and lead weekly study groups; and are afforded many opportunities to participate in the intellectual life of the Harvard community, according to the institute. It was established in 1966 as a memorial to President John F. Kennedy with a goal of inspiring undergraduates to consider careers in politics and public service.

The main campus of Skyland Trail, an Atlanta-based nonprofit psychiatric treatment organization for adults with mental illness, has a new name.

It is now the Charles B. West Campus, named in honor of the founder of Skyland Trail, which is celebrating its 25th anniversary this year. The campus was renamed on July 24, which happens to be the day that Charles West was born in 1921. West passed away July 26, 2013, at the age of 92.

When it opened in 1989, Skyland Trail had four clients and four staff. Today it has three campuses with more than 100 staff members. It has served thousands of adults with mental illnesses and their families.

“The essential qualities of Skyland Trail come from our founders,” says Beth Finnerty, Skyland Trail’s president and CEO. “Their compassion, their courage and their commitment made this a community of recovery like none other. Certainly Charles West had all of these attributes.”

Former Juvenile Court Judge Glenda Hatchett recently was selected by the National Bar Association as a recipient of the prestigious Maynard H. Jackson Jr. Legacy Award. Hatchett was selected for her 30-plus years of service as a corporate lawyer, judge, author and advocate. She received the award on July 28 during the White Affair located at the Atlanta Marriott Marquis Hotel. Former President Bill Clinton gave the keynote address.

“Maynard Holbrook Jackson was and will be throughout all times my mayor because he epitomized what an urban city mayor should be to citizens,” Hatchett said in a statement. “His contributions continue to resonate in the lives of people in Atlanta and throughout the nation. I am enormously blessed to be a beneficiary of his magnificent presence.” 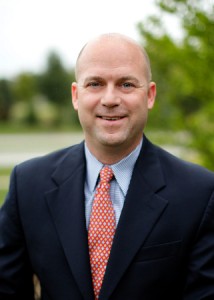 Holy Innocents’ Episcopal School near Sandy Springs has a new head of school as of July 1. Paul A. Barton, who most recently led the Avery Coonley School near Chicago for 14 years, has had experience as a teacher, coach, residential dean, admissions associate and senior administrator at all grade levels beginning at the Pre-K level and going through 12th grade.

“We were impressed by Paul’s focus on developing every facet of the academic, artistic, athletic and spiritual potential of each child,” said Bruce Ford, chair of Holy Innocents’ board of trustees. “Paul and his wife, Leanne, will be very welcome additions to our community — on campus, in Sandy Springs and throughout metro Atlanta.”

Senior Connections has added Tammy Helton, the Medicare sales director at Kaiser Permanente, to its board.

At the same time, David Gaynes, its immediate past chair, and Chip Williams, have moved from the board to Senior Connections’ Advisory Council.

Helton has more than 15 years of experience in the healthcare field and healthcare management. She previously was with BlueCross BlueShield of Tennessee and AmeriLife.

“Tammy comes highly recommended by those who work with her,” said Debra Furtado, CEO of Senior Connections. “We appreciate her willingness to serve as a director since her counsel will prove to be invaluable to us as we continue to grow as a board and as an organization.”

Starting as a small nonprofit agency more than 40 years ago, Senior Connections is now the metro area’s largest provider of senior services.