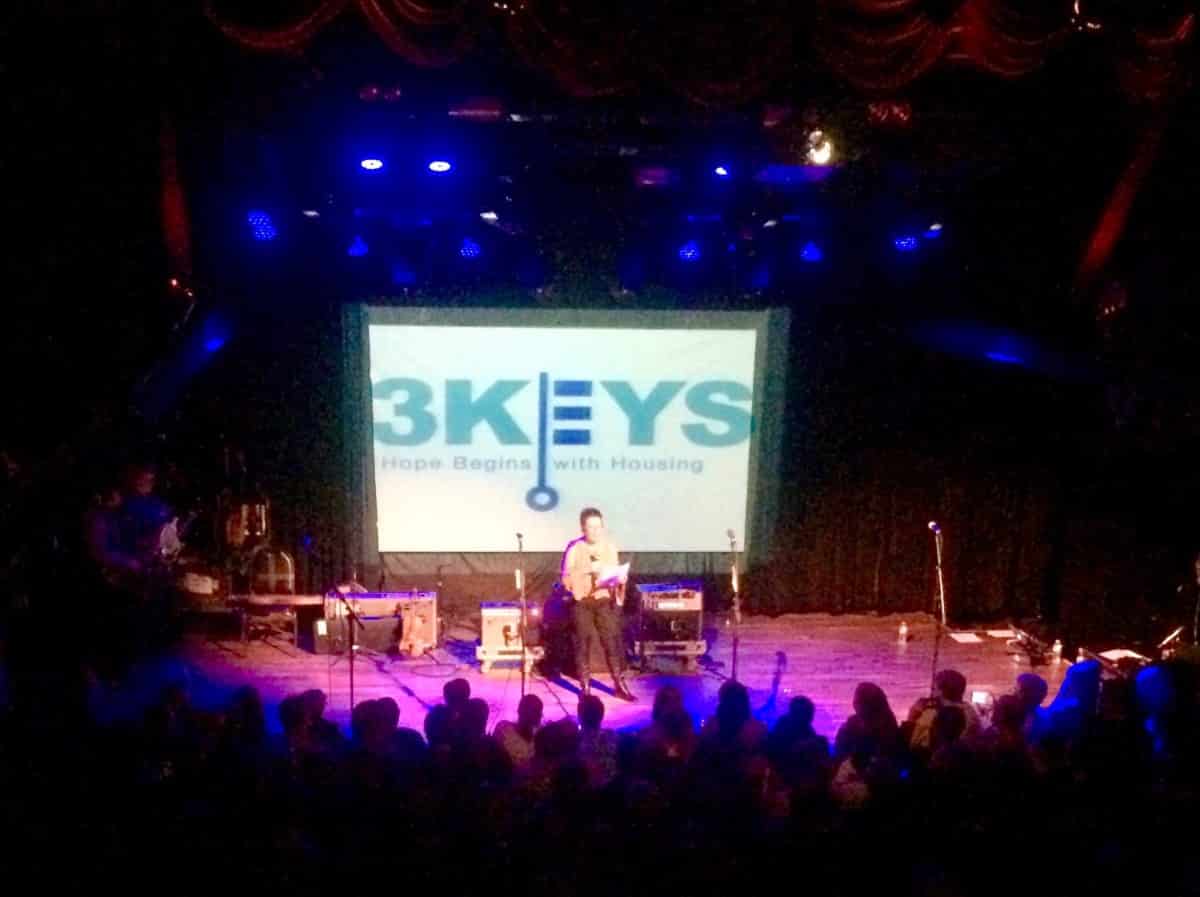 Darlene Shultz, the CEO of 3Keys, announces the new logo before Indigo Girl's concert on Jan. 4 (Photo by Maria Saporta)

By Maria Saporta
As published in the Atlanta Business Chronicle on Jan.6, 2017

Back in 1988, former First Lady Rosalynn Carter was a founding member of the nonprofit Project Interconnections — which provides housing for homeless people with mental illnesses.

But when a potential donor in 2015 said the name sounded like a dating hook-up site, Darlene Schultz, president and CEO of Project Interconnections, began to question whether it was time to change the name. Her board, in a strategic retreat 15 months ago, agreed.

On Jan. 4, the nonprofit announced its new name at a one-of-a-kind benefit that featured a concert by the Indigo Girls at Terminal West.

The new name? 3Keys. The nonprofit’s theme will remain the same “Hope Begins with Housing.”

As Schultz explained, for the homeless, having a key to their own place can seem like an unattainable dream. A key is a powerful symbol.

The 3Keys name describes the nonprofit’s belief that a permanent, stable place to live is vital in bettering one’s situation and becoming an active participant in society.

“Housing is the first step,” Schultz said. “The first thing we do is give the resident a key to their home.”

Currently, the organization has four communities with a total of 450 beds as well as another 27 beds in two other facilities. The communities also provide supportive services for its residents, who are dealing with mental illness. Most are one-bedroom apartments serving single adults.

At the same time as its rebranding effort, the nonprofit also is close to completing its largest capital campaign to renovate and improve one of its communities — the Phoenix House on Murphy Avenue near the Oakland City MARTA Station.

The $10 million campaign has received a $1.25 million gift from the Joseph B. Whitehead Foundation and $500,000 from Invest Atlanta as well as $7.5 million in low-income tax credits. Other entities also have made donations, including the Tull Foundation; the Cox Foundation and the Fuqua Foundation. 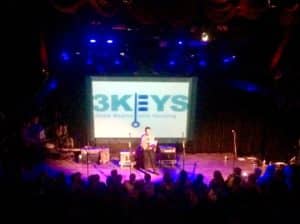 Darlene Shultz, the CEO of 3Keys, announces the new logo before Indigo Girl’s concert on Jan. 4 (Photo by Maria Saporta)

“We are about $350,000 shy of our goal, but we are very close to completing it,” said Jim Durrett, a Project Interconnections board member who is chairing the campaign. “We hope to have it all wrapped up in February.”

Durrett, who is also executive director of the Buckhead Community Improvement District, was integrally involved in the rebranding of the organization. Two of his bicycle buddies and marketing professionals — Mark Speece and Andy Goldsmith— agreed to do the rebranding at a favorable rate.

But first Durrett and Schultz wanted to make sure they were being respectful to the founders of the organization.

They went to Plains, Ga., to meet with Rosalynn Carter, who admitted she didn’t quite remember how the organization had come up with the original name.

“By the end of the meeting, Rosalynn said, ‘You have convinced me. We need to change the name,’ ” recalled Durrett, who added that a major goal of the nonprofit is to de-stigmatize homelessness and mental illness.

Schultze, who celebrated her ninth anniversary with the organization on New Year’s Day, said it has been a pivotal time for 3Keys. “There has been more change in the last three months than in my previous eight years.” 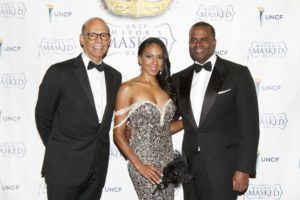 The fundraising record was made possible by the help of several celebrities. Actor and singer Tyrese Gibson led the call to raise another $200,000 that evening by pledging a gift of $25,000. R&B artist Usher Raymond and rappers Young Jeezy, Future and later Ludacris followed his lead by each giving $25,000.

“We are incredibly excited and grateful for all who supported for our 33rd annual ball. A milestone was reached, raising more than ever before at $1.3 million for HBCU students,” Boyd said in a statement. “We thank Mayor Kasim Reed and the citizens of Atlanta who are to be commended for helping us to make this the best year ever in support of our 37 UNCF member colleges and universities, four of which are right here in Atlanta.”

One of the main reasons the ball was so successful was because Billye Aaron, the wife of Henry Aaron, once again decided to make it the recipient of her birthday gifts. In lieu of presents for her 80th birthday, Aaron asked her friends to donate to UNCF.