Commentary: ‘Roadbusters’ kept city from being a parking lot 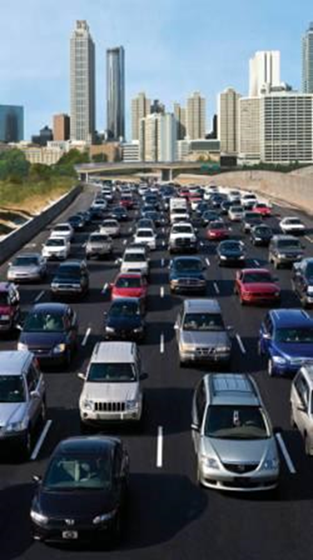 Atlanta was divided from 1960 to 1991 – the road builders versus the road busters.

t’s hard to imagine how planners 40 and 50 years ago could have thought that building new highways was worth destroying some of Atlanta’s nicest neighborhoods.

Plans existed to build Interstate-485 through the heart of Virginia-Highland and to build a Stone Mountain Tollway that would have cut through the Druid Hills community and the historic Olmsted Linear Parks on Ponce de Leon.

The twists and turns of road building in Atlanta hit a road block in 1991. That’s when a compromise agreement was reached to stop the Stone Mountain Tollway and turn much of the land that had already been acquired by the Georgia Department of Transportation into park space.

This year to highlight the 25th anniversary, dozens of Atlanta veteran protesters and activists celebrated their efforts on a recent Sunday at Dellwood Park – one of the parks that would have been destroyed had the road builders won.

It’s hard to imagine how planners 40 and 50 years ago could have thought that building new highways was worth destroying some of Atlanta’s nicest neighborhoods.

It was a time when more focus was placed on how many cars could travel through an area than on the actual people who lived and worked in those communities.

In many ways, these roads were like cats with many lives. When he was governor, Jimmy Carter actually killed the Stone Mountain Tollway in 1972. And a judge’s ruling halted I-485.

The anti-road groups felt victorious. Mayor Maynard Jackson was elected in 1973, and he changed the city charter to give greater voice to neighborhoods.

Still, GDOT held on to much of the property.

In 1981, Andrew Young, who served as ambassador to the United Nations in the Carter administration, was running for mayor on an anti-road platform.

But then President Carter returned home with plans to build the Carter Center and Library on the very land that would have served as the interchange for the two expressways.

Plans to resurrect the highway resurfaced – this time supported by Carter and Young.

Groups like Road-Busters and others took action to stop it.

It took nearly 10 years to reach a compromise for what is now Freedom Park and Freedom Parkway.

We have the road-busters to thank for not letting our city turn into asphalt.