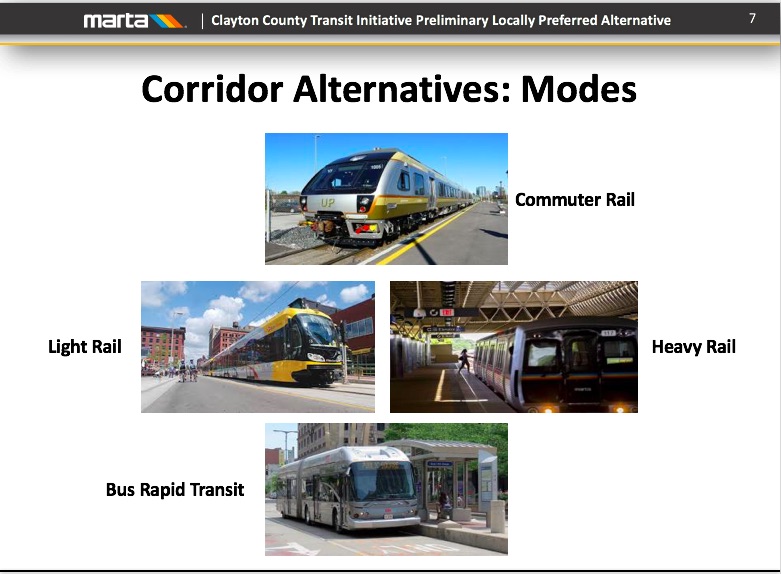 At MARTA’s Planning and External Relations Committee meeting Wednesday, members of MARTA’s board heard a presentation on the “locally preferred alternative” to bring high capacity transit to Clayton County.

The MARTA board is expected to vote on the recommendation for commuter rail at its August board meeting.

“This is really good news,” said Robbie Ashe, MARTA’s board chairman. “This would be Georgia’s first commuter rail project.” 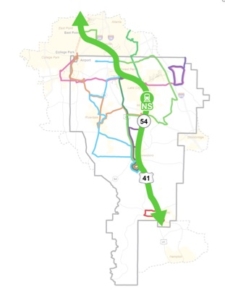 In November 2014, Clayton County voters overwhelmingly approved a one-cent sales tax to bring MARTA service to the south metro county. Half of the revenue from that sales tax relaunched bus transit in Clayton County.

The other half of the revenues raised is being set aside in a special fund to bring “high capacity transit” to Clayton County.

For the past several years, MARTA has been studying which mode of transportation would best serve Clayton County – commuter rail, heavy rail, light rail or bus rapid transit.

It also studied seven different corridors for the transit line before settling on the right-of-way of Norfolk Southern’s line from East Point to Lovejoy. The Norfolk Southern/SR 54 corridor was ranked No. 1 during MARTA’s analysis.

It displayed the highest potential for regional connectivity with 62 percent of the trips into the Atlanta region and 36 percent within Clayton County. 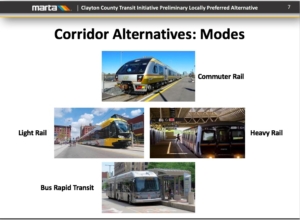 It will connect seven town centers and economic development areas.

And it received the highest rank by the public and stakeholders  by serving traditional and commuter transit markets.

Ashe said MARTA has been having productive discussions with Norfolk Southern about putting the commuter rail line within its right-of-way – next to an existing freight line.

“Because we are going to be using a federally-approved right-of-way, the environmental process will be a more streamlined and quicker process,” he said.

MARTA’s selection of the locally-preferred alternative is one of the first steps in the agency’s efforts to get matching federal funds for the rail line.

“The current hope is that by the spring of 2020, we would have a deal with the FTA (Federal Transit Administration) to proceed,” Ashe said. 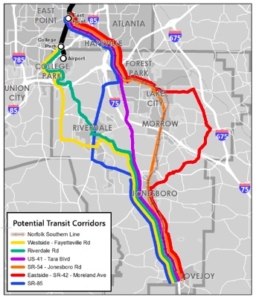 The commuter rail line could be extended further south – maybe even to Macon. Ashe said the analysis showed that the best option would be to build a separate rail line along the corridor rather than mixing passenger trains with freight trains.

“One of the advantages is that a parallel set of tracks means there are no operational conflicts,” Ashe said. “The cost difference is not material. And we get the advantage of having technological flexibility.”

Ashe said the commuter rail line would serve as a spine with bus routes acting like ribs – bringing passengers to the rail line and then being able to connect with transit in the rest of the region.

As the Clayton commuter rail line progresses, Ashe believes it can become a model for the Atlanta region and the rest of the state.

“It is a precedence for other communities to look at,” Ashe said. “There are a lot of freight rail lines in Georgia. That’s why Georgia is what it is.”

Clayton County board chair Jeff Turner, was out of town and said he had not been able to study the alternatives.

Previous Article
State cash for metro transit? Some GOP candidates more on board than others
Next Article
Atlanta Housing seals deal with outgoing boss for $260,000-plus