For the last couple of months, an international movement has been getting a foothold in Atlanta — a global movement for compassion.

In recognition of the growing spirit of compassion in Atlanta, the founder of the United Nations sanctioned Charter for Compassion International, which was passed in 2009, and the organization’s executive director, were in town on April 3 and 4 to build new partnerships in town.

“I’ve been here less than three days, and from what I’ve seen, I believe Atlanta can be a new hub for the charter going forth,” said Karen Armstrong, a former nun from England who founded the movement.

When asked why she felt Atlanta could emerge as a hub, Armstrong said she has been impressed with all the activity that has occurred over the past couple of months. 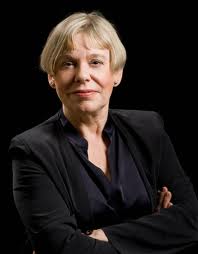 During her visit to Atlanta, she was awarded the highest honor given by Morehouse College — the Gandhi/King/Ikeda Award — on the evening of April 3.

The next morning, she spoke at a breakfast at Emory University that was co-hosted by Compassionate Atlanta and the Emory-Tibet Partnership where she had a conversation with local civic, business, education and arts leaders.

“It’s been a whirlwind,” Armstrong said. “People are thinking outside the box. Just keep that enthusiasm going.”

Andrew Himes, executive director of the guiding organization — the Global Compassion Council, said that in the past year it has grown from 150 partner organizations to 1,700.

“We are supporting the emergence of a global movement,” Himes said. “It’s rising in many, many different places.”

Armstrong, a theologian and author, gained notoriety in 2008 when she won a prestigious $100,000 TED prized based on her dream to establish the global Charter for Compassion.

“We are living in a dangerously polarized world,” Armstrong said. “There’s great hatred around. There’s great ignorance of other cultures. Unless we are willing to treat others the way we would like to be treated, even our greatest enemies, we are in trouble.”

Armstrong said that individuals, businesses and cities need to get their own houses in working order. Everyone should look within their own lives to see how they can make their environments more compassionate places — making “sure we treat all creatures as we wish to be treated ourselves.”

Much of her message harkens back to the Golden Rule and the need for people to become more actively engaged.

“It’s the only way to turn our world around and bring it back fro the brink of destruction,” she said. “We can turn this thing around, even at this late stage.”

Now that Atlanta has been declared a Compassionate City, what does that mean?

“A compassionate city should be an uncomfortable city,” Armstrong said. “If there is homelessness, we should see the pain going on in the world. We should feel that sense of disquiet and dissatisfaction, sometimes a sense of outrage, that this should not be happening. Keep that (feeling) alive. Sometimes we want to block it off. But hold that image. That guards against complacency.”

Armstrong then provided a metaphor.

“It’s like a bit of sand that gets under the shell of an oyster,” she said. “The world will always be full of pain and suffering. Be an uncomfortable city; not a self congratulatory city.”