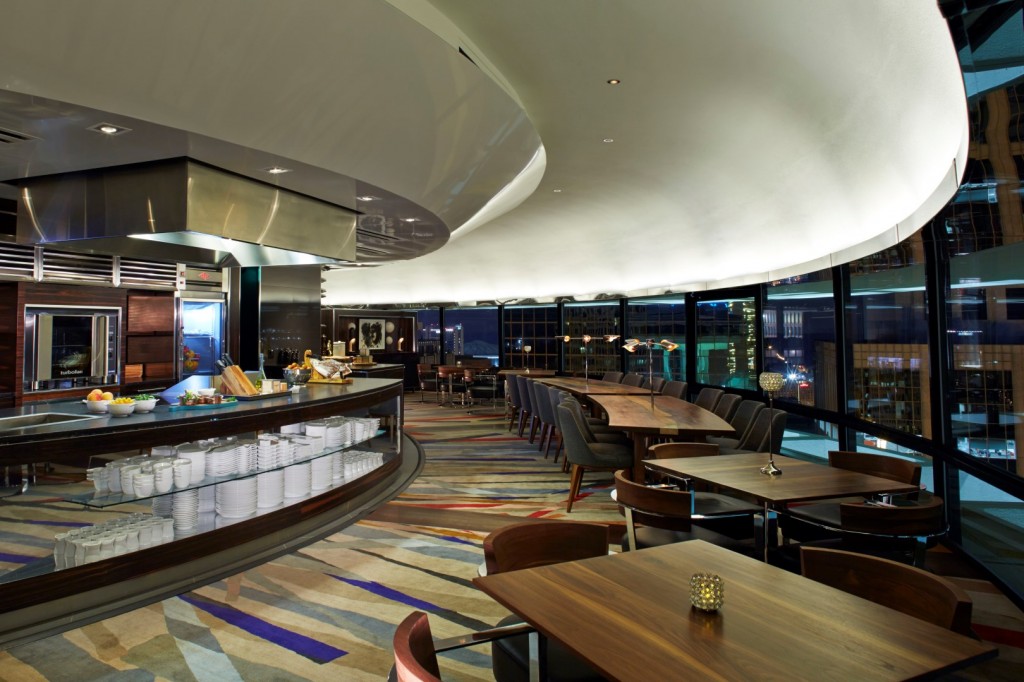 The Cooper Carry architectural firm is forming a partnership with the Johnson Studio, a leader in restaurant design, effective Jan. 1, 2016.

The integrated practice will enhance both firm’s ability to serve the design needs of the hospitality industry.

“Over the past 25 years our firm has built an impeccable reputation for producing some of the most forward-thinking restaurant designs whether they are part of a hotel or free standing,” said Bill Johnson, president of the Johnson Studio. “This collaboration with Cooper Carry, one of the nation’s most respected hotel designers, provides a platform for future services that we feel will be unparalleled.” 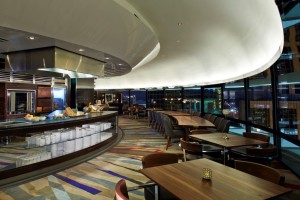 A night view of the redesigned Polaris lounge – a project of the Johnson Studio (Special: Hyatt Regency Atlanta)

The partnership will allow the Johnson Studio to maintain its worldwide brand of combining high-end design. The transition to Cooper Carry is expected to be seamless with The Johnson Studio employees continuing to work with their existing clients.

“Being one of the top three hotel designers has allowed us to work with many restaurant design firms, including the Johnson Studio,” said Kevin Cantley, CEO of Cooper Carry. “We have long admired their work and the creative solutions they bring to their projects.”

Cantley added that the two firms share a common belief that their designs must “connect” with people.

“People go to restaurants to not only enjoy a great menu but also to enjoy an atmosphere that bolsters the experience,” Cantley said. “The Johnson Studio understands this dynamic relationship between food and place – the emotional connection between what we eat and where we eat it.” 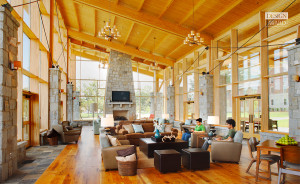 Under the agreement, the Johnson Studio will continue its focus on interior design. It will expand its services within Cooper Carry and its hospitality studios in Atlanta, New York and Washington.

Bill Johnson, founder of the Johnson Studio, will continue to lead the restaurant design practice and will collaborate with Cooper Carry’s seven Hospitality Studio principals.

The Johnson Studio will join Cooper Carry’s Atlanta office at 191 Peachtree St. at the beginning of the new year. 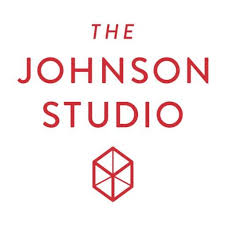