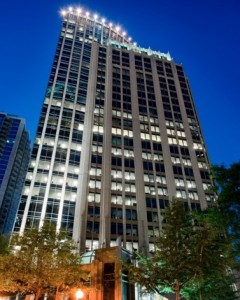 Also Tuesday, Cousins announced it has placed Northpark Town Center under contract for $348 million. The development, in the Sandy Springs portion of the Perimeter area, offers a total of 1.5 million square feet in three buildings.

These acquisitions represent a shift in Cousins’ investment strategy. In recent years, Cousins has favored Texas as its growth market and, locally, sold its signature Wildwood development in Cobb County in advance of its move into Buckhead and downtown Atlanta.

Cousins bears watching in part because it is a hometown company whose leaders serve significant roles in the community. The company has a market cap of $2.74 billion and it has been on the forefront of regional trends such as the renewed interest in Atlanta’s core business districts.

The immediate source of cash for Cousins’ acquisitions is the planned sale of 18.0 million shares of common stock.

Cousins announced July 30 that it had priced the public offering at $224.1 million, before underwriting discounts, commissions and other expenses payable by the company.

Cousins intends to use the net proceeds of the stock sale to fund the purchase price of the Fifth Third Center, according to the statement that continued:

Cousins did not specify how it will fund the acquisition of Northpark Town Center or when the deal is expected to close. 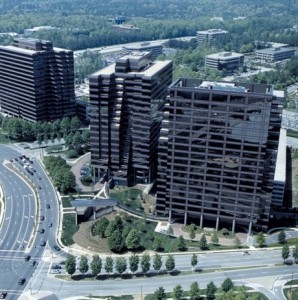 In a statement released Tuesday regarding the planned purchase of the two office developments, Cousins said:

Cousins is slated to pay $215 million for the Fifth Third Center, in Charlotte. The price is $52 million higher than the $163 million price Parmenter Realty Partners paid for the parcel two years ago, according to businesswire.com.

Parmenter had invested in numerous upgrades in the 17-year-old building and it has won awards recently for its energy savings. The lobby was renovated, elevators and mechanical systems were upgraded and the energy management system was recommissioned, according to businesswire.com.

Larry Gellerstedt, Cousins’ president and CEO, said the center is a good fit for the company. Gellerstedt made his observations in a statement issued July 29 after the company issued its second quarter results.

“Our pending purchase of fifth Third Center is an exceptional strategic fit for us,” Gellerstedt said in the statement. “We are purchasing this Class A office tower below replacement cost and with a real value creation opportunity through the lease-up of vacant space.”

The building’s occupancy rate may be around 83 percent.

Previous Article
While you sleep, parts of your body are hard at work
Next Article
ULI-Atlanta selects members of its 2015 Center for Leadership class