In a series of leadership moves at the Home Depot announced Friday, a front-runner for a successor to CEO Frank Blake is emerging.

The Atlanta-based home improvement retailer announced that Craig Menear, 56, has been named president of U.S. retail, effective immediately. That will give him responsibility over most of the company’s operations. 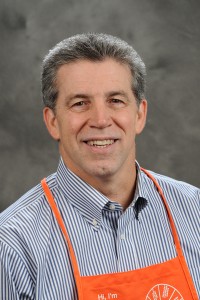 Ellison, 48, has been considered one of three internal candidates in the running to succeed Blake, who will turn 65 this summer. The third internal candidate is Carol Tomé, 56, the company’s chief financial officer.

Blake, however, has told company executives that he has no timetable for when he will retire from the company. 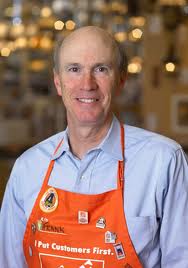 “Craig is a world-class retailer and has done a terrific job in recent years leading some of the most important and successful initiatives in our company,” Blake said in the company’s announcement.

Home Depot also announced that Mark Holifield, senior vice president of supply chain, has been named executive vice president of supply chain and product development, with responsibility for sourcing and proprietary brands. Holifield will continue reporting to Menear.
“Mark has successfully led one of the most extensive supply chain transformations in retail history,” Blake said. “Both are very deserving of their new leadership roles, and I look forward to their continuing contributions to our business.” 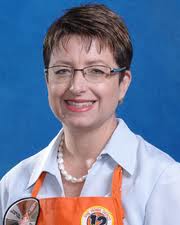 Holifield has more than 30 years of experience in supply chain management. He joined The Home Depot in 2006 to design and implement a complete transformation of the company’s supply chain and 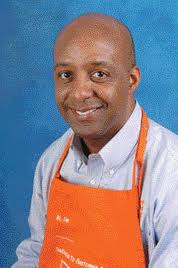 logistics infrastructure, resulting in steadily improving inventory turns and in- stock levels. Prior to The Home Depot, Holifield spent 12 years at Office Depot in supply chain roles of increasing responsibility, and earlier in his career, held supply chain roles at Frito-Lay and H.E. Butt Grocery.

The Home Depot has 2,263 retail stores in all 50 states, the District of Columbia, Puerto Rico, U.S. Virgin Islands, Guam, 10 Canadian provinces and Mexico.

In fiscal 2013, The Home Depot had sales of $78.8 billion and earnings of $5.4 billion. The Company employs more than 300,000 associates. The Home Depot’s stock is traded on the New York Stock Exchange (NYSE: HD) and is included in the Dow Jones industrial average and Standard & Poor’s 500 index.