Student learning could suffer if Georgia cuts education spending by 14 percent, which is one option being considered in light of the failing economy. Credit: facebook.com/AtlantaPublicSchools

Georgia’s early look at cutting the state budget to offset falling revenues was flagged Monday for its potential to harm the state’s quality of education and weaken the credit rating of local school districts, according to a credit outlook released by Moody’s Investors Service. 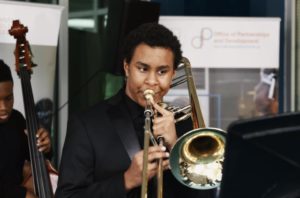 Student learning could suffer if Georgia cuts education spending by 14 percent, which is one option being considered in light of the failing economy. Credit: facebook.com/AtlantaPublicSchools

The report provides a few glimpses of the impact of potential spending cuts on the state’s kindergarten through 12th grade education system. The report contains these observations:

A comment that covers Georgia and other states considering cutbacks in state spending on education notes:

Moody’s released the report after Gov. Brian Kemp and state budget officials requested on May 1 that all state departments identify possible spending cuts. The request called for a total reduction of 14 percent.

If implemented, a 14 percent spending cut would save the state $3.9 billion. Of that, $1.5 billion could come from education, according to the report from Moody’s.

The proposals, if implemented, would benefit the state at the expense of local school districts, according to the credit outlook. It observed:

The call for spending reductions Kemp and budget writers requested on May 1 are to cover the budget year that begins July 1 and ends June 30, 2021. The order includes the state Department of Education, which accounts for 47 percent of the state’s $27.5 billion budget.

Kemp’s initial proposal for the FY 2021 budget provided $13 billion in total funding for education. The source of funds includes $10.9 billion in state funds, and $2.1 billion in federal funds, according to the budget proposal.

The figures are provided in The Governor’s Budget Report, which covers the current and upcoming fiscal years.

QBE is the state program, adopted in 1985, that allocates state funds to local school systems to educate public school students. QBE increased the state’s ability to intervene in underperforming school districts and to raise professional standards for teachers. QBE represents the state’s keystone effort to provide a level playing field in terms of school funding.