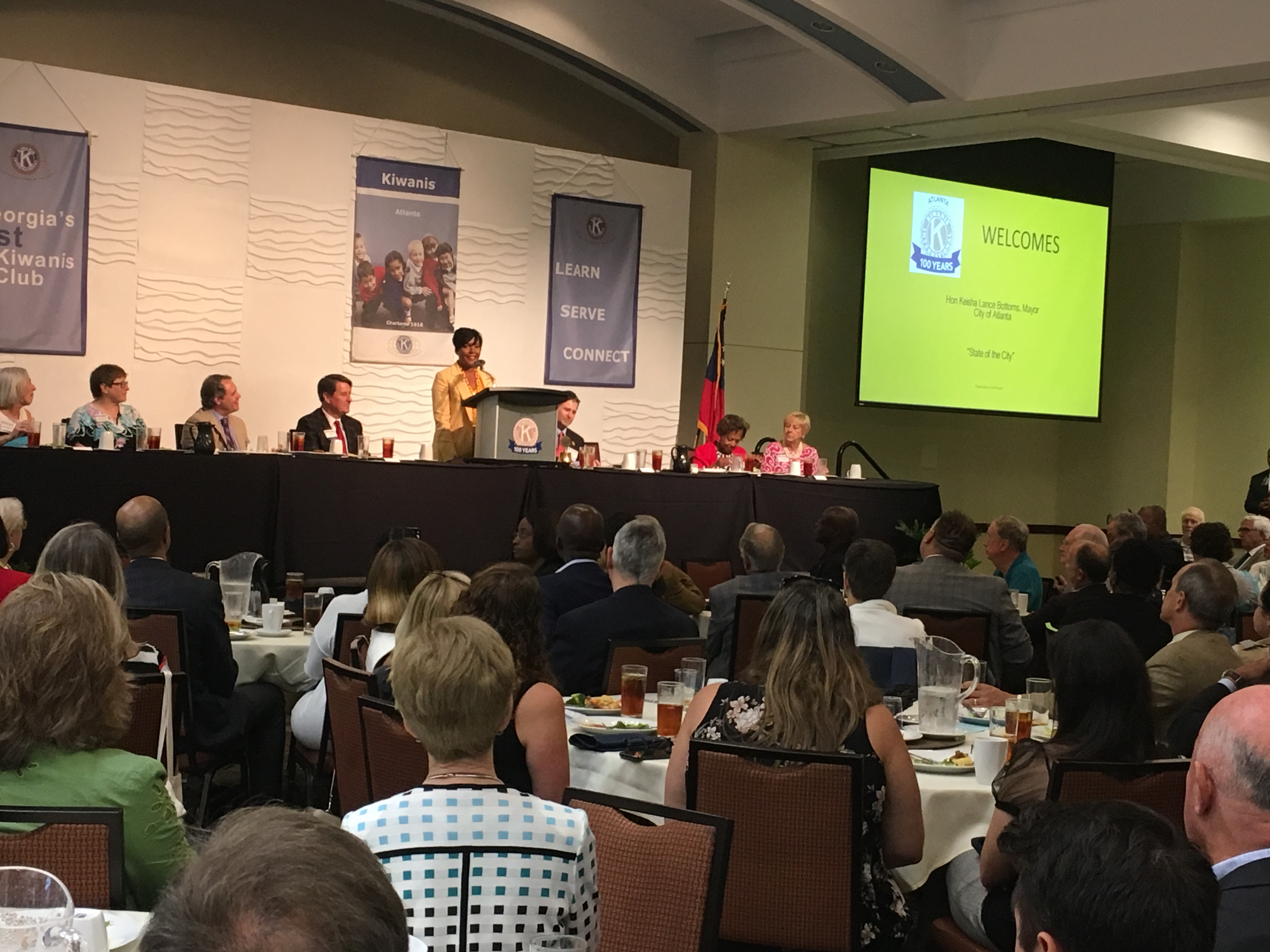 At public appearances, Atlanta Mayor Keisha Lance Bottoms regularly celebrates the city’s moves to close the city jail and get rid of cash bail, but one member of City Council is using the word “failure” for how bail waivers are being implemented.

Criminal justice was nearly the first topic Bottoms mentioned in a scheduled address to the Kiwanis Club of Atlanta on Tuesday afternoon. 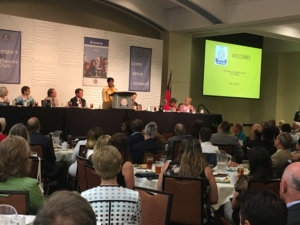 There’s been a lot of discussion about the Atlanta City Detention Center, Bottoms said, and the fact that the city’s looking to close it and reuse it as a center of equity.

There’s “some confusion surrounding that,” Bottoms said. “Some people believe that it’s contributing to our crime problem in the city.”

Bottoms said that every big city has a crime problem, Atlanta’s crime is down, and that violent offenders still go to Fulton County’s Rice Street jail.

The new-ish bail policies speak to “low-level offenders who really are just too poor to pay to get out of jail,” Bottoms said.

The idea is that requiring cash bail unjustly punish poor people who sit in jail awaiting trial as wealthy people bond out on the same charges. Under a 2018 policy, Atlanta now defaults to no cash bail requirement for people awaiting a hearing on nonviolent misdemeanors or ordinance violations.

The city’s jail costs something like $33 million per year to run, and Atlanta used to rent space to U.S. Immigration and Customs Enforcement because the city didn’t need all of it. Bottoms said that Atlanta is “leading the way across the country with this effort to close the facility.”

Sitting in the Kiwanis audience was at-large Atlanta City Councilmember Michal Juilan Bond.  The day before, he and leading decarceration activists had verbally tangled at a City Council meeting. Some said they had a good-faith belief that he planned to file legislation that would in some way return to old cash bail practices.

Bond said on Monday, (and on Tuesday too,) that his office isn’t planning any legislation. But he did say bail reform is a topic of conversation among some Council members plus the mayor’s office and judges. He suggested that some proposal may yet come up from the mayor’s office or judges.

Bond has been a critic of the policy’s implementation since at least last year.

According to data from a segment of 2018, the top three charges faced by folks who got a signature (no money) bond were all related to driving — driving on suspended licenses and the like.  Bond said he could see not charging bail in low level vehicle-type cases.

But Bond he said he thinks repeat offending is up.

“It has become a real revolving door,” Bond said.

He mentioned that judges had for decades been able to release people on a “signature bond:” a promise to appear for their court dates later. The way the policy used to be gave judges more flexibility, he said, and examine whether someone had committed some offense dozens of times before.

But, if there’s anything both sides agree on, it’s that they’d like more data. After Bond mentioned a March 11 Alive story on failures to appear, an activist challenged him to share any data he has. Bond said to his knowledge there’s was never a full six-month review of failures to appear; the hack that froze up city computers for several months last year kept the courts from making a full report at the six-month mark.

Previous Article
Our kids are “At-Promise” for a better future. I know, because I am one of them
Next Article
YMCA opens learning center in Vine City: Teach toddlers to read, job skills for adults